Facebook Twitter Copy URL
Copied
'It’s like killing these three people again, and it’s more painful than what the Japanese did because the ones that are redesigning the banknote are Filipinos,' says a descendant of Josefa Llanes Escoda

MANILA, Philippines – What seemed to be a simple redesign of a paper bill may further aid the collective forgetting of the atrocities experienced by Filipinos during the Japanese occupation.

Portraits of World War II heroes Jose Abad Santos, Josefa Llanes Escoda, and Vicente Lim will be removed from the upcoming P1,000 polymer banknotes and will be replaced by the Philippine eagle.

“It’s like killing these three people again, and it’s more painful than what the Japanese did, because the ones that are redesigning the banknote are Filipinos,” Jose Maria Bonifacio Escoda, a nephew of Josefa, told Rappler.

“Was this pressure from the Japanese? They have been trying to remove that and erase their atrocities here,” Escoda said.

Escoda is a retired professor and author of Warsaw of Asia: The Rape of Manila, a book which details the brutality of Japanese soldiers during World War II. Vicente Lim IV, great-grandson of Brigadier General Lim, recognized that most Filipinos do not remember the three martyrs, even prior to the redesign. But he also emphasized that images still have some impact on remembering heroism.

“The banknotes do offer a look into Philippine history, even if to an audience with just a fleeting interest in it. I have nothing against our national bird and national flower. I am all for promoting awareness for such national treasures. However, placing these on the P1,000 bill comes at the cost of erasing one of the last few (ubiquitous) ways through which we remember and honor our storied past, and the heroes who martyred themselves for our country,” Lim told Rappler.

“In one of his last letters out of the battlefields of Bataan, General Lim wrote his wife, ‘With all this talk, I sincerely give the credit to my officers and enlisted men. They are the ones who did it all. Mine was only to inspire and to lead them. When history is written, I will give them all the credit. Their satisfaction is mine to share.’ As you may know, he was never able to fulfill this promise himself, as he didn’t make it through the war alive. Therefore, even as a young boy, I realized that someone would have to fulfill this promise on his behalf. It has therefore become my life’s mission to fulfill his promise, tell the stories of the men that fought with General Lim, and to honor and keep their memory alive.” 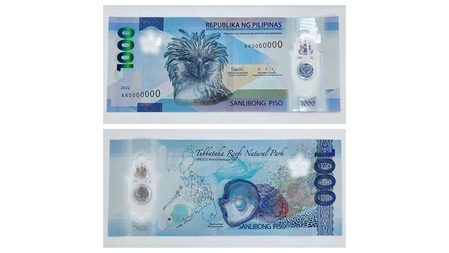 In a Facebook post, Desiree Ann Cua-Benipayo, Abad Santos’ great-grandniece, told Diokno and the BSP Monetary Board: “[W]hy not put the Philippine eagle at the back of the bill? This way you teach our citizens patriotism and love for the environment. Aren’t there a million other better things to do than mess up our notes and coins?”

“To my [World War II] history colleagues – it is our dilemma that our nation’s collective war memory is fading, right? And this is now made worse by this government when it decided to delete the only daily reminder to our people of the Filipinos’ courage during the war.”

The banknotes showing the three heroes were introduced in 1991 by former BSP governor Jose Cuisia.

The NHCP has yet to issue a statement.

This is not the first controversy surrounding the upcoming polymer banknotes.

Rappler earlier reported that critics, as well as current and former BSP officials, flagged the deal struck with Australia for the printing of the banknotes.

The abaca industry also questioned the move, noting that the shift to polymer will affect farmers.

The first batch of the new banknotes, which will be circulated along with the old ones, will arrive by the second quarter of 2022. What about the other bills?

The changing of the P1,000 bill also fuels speculation that other bills are up for a redo.

In particular, Marcos loyalists have urged the government to remove the Aquinos from the P500 bill, with some even proposing to change the color of the bill, as yellow is associated with the family.

Diokno said no discussions were made regarding the redesign of the other bills.

But the BSP also said the new P1,000 banknote would be the “first” of a series of banknotes that “will focus on the country’s rich flora and fauna.”

Here’s a rundown of the lives of the three martyrs depicted on the current P1,000 bill:

Jose Abad Santos. He was the fifth chief justice of the Supreme Court and assumed the post on December 24, 1941, shortly after the outbreak of World War II.

He was also appointed by then-president Manuel Quezon as government caretaker in areas unoccupied by the Japanese. Abad Santos stayed in the Philippines, while Quezon and his Cabinet established a government in exile in the United States.

Abad Santos, together with his son Pepito, were captured by Japanese soldiers on April 11, 1942, in Toledo, Cebu. They were taken to a concentration camp in Basak San Nicolas, Cebu City.

He was then taken by Japanese commander Kiyotake Kawaguchi to Parang, Cotabato (now in Maguindanao), after refusing to cooperate.

“Do not cry, Pepito, show to these people that you are brave. It is an honor to die for one’s country. Not everybody has that chance,” Abad Santos told Pepito before May 2, 1942, when he was killed. Japan never apologized for the execution.

Josefa Llanes Escoda. She was a Filipina civic leader and founded the Girl Scouts of the Philippines.

She and her husband Antonio supported resistance fighters by supplying food and medicine to both Filipino and American prisoners in concentration camps.

She also kept records and names of prisoners of war at Camp O’Donnell in Capas, Tarlac.

In 1944, Japanese military agents discovered the couple’s works and they were imprisoned in Fort Santiago.

Escoda was last seen alive on January 6, 1945, severely beaten. Her remains were never found, but she was assumed to have been executed and buried in either the La Loma Cemetery or the Manila Chinese Cemetery, where Japanese forces dumped thousands of corpses of resistance fighters.

Vicente Lim. He was a graduate of the United States Military Academy and played roles in both World War I and II.

During World War I, Lim was sent to Europe to observe and study the setup of armies there. He eventually found his way back to the Philippines and was assigned to Corregidor Island.

He then taught military law and topography at the former Philippine Constabulary Academy, now the Philippine Military Academy.

In 1941, Lim was appointed as brigadier general by Quezon. As World War II loomed, Lim took field command of the Philippine 41st Division and was deployed to Bataan.

However, in 1942, the joint American-Filipino force was defeated and Lim became a Japanese prisoner of war.

He was among the thousands of soldiers who endured the Bataan Death March and was imprisoned at Camp O’Donnell.

Lim was eventually released, but refused to have anything to do with the then Japanese-controlled government.

Declared as sick, he was able to turn down appointments and even helped continue the resistance.

His involvement with guerrilla operations eventually led to his capture.

In 1944, he was declared “missing.” A soldier told his family that Lim, together with about 50 guerrillas, were beheaded. His body was never found. – Rappler.com