Facebook Twitter Copy URL
Copied
For the first two months of 2021, the country's total debt rises by 6.2% from end-2020

The Philippine government’s debt reached a new high in February, amounting to P10.405 trillion, as the country borrowed more to fund the coronavirus pandemic response, the Bureau of the Treasury said on Monday, March 29.

Of the total debt stock, 29% were sourced externally while 71% are domestic borrowings.

The P10.4-trillion debt was accumulated by various administrations and was not borrowed entirely by President Rodrigo Duterte’s government.

As of February, domestic debt stood at P7.3 trillion, 10% higher compared to the end-2020 level, as the government borrowed P540 billion from the Bangko Sentral ng Pilipinas last January.

Meanwhile, external debt fell by 1.9% to P3.04 trillion as of February, from the end-2020 level, due to loan repayments. But it increased by 1.4% in February from January due to loans amounting to P14.5 billion. 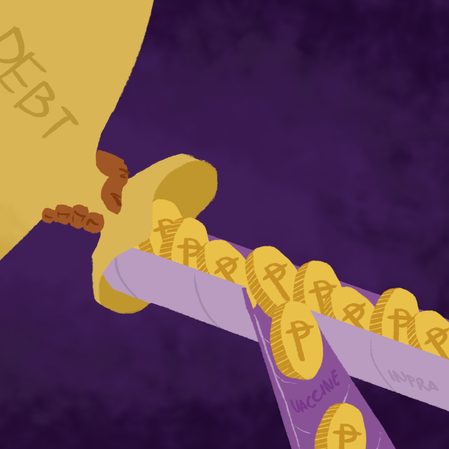 The elevated debt levels under the Duterte administration come as the pandemic shuts down businesses, effectively lowering the government’s tax collections and revenues.

For 2021, the government’s economic managers projected that revenues would hit just P2.88 trillion.