REFUELING. A pump attendant refills a vehicle in Manila on March 9, 2022.

Facebook Twitter Copy URL
Copied
Diesel prices will rise by P8.65 per liter and gasoline by P3.40 on Tuesday, March 29 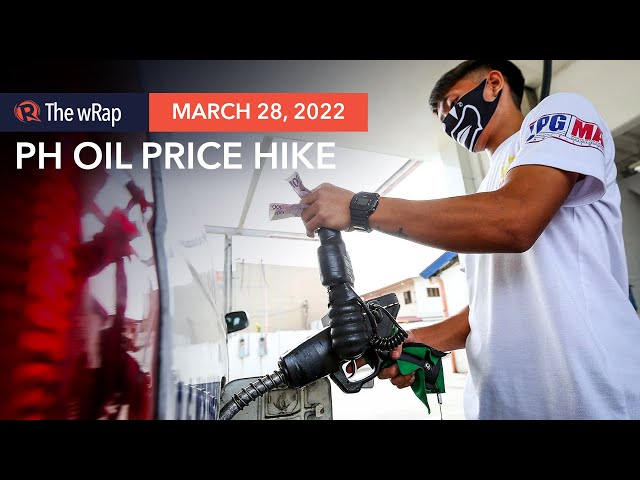 MANILA, Philippines – Pump prices in the Philippines will again rise just a week after a major rollback, as Russia’s war on Ukraine reached the one-month mark with no conclusion in sight.

In separate advisories on Monday, March 28, Pilipinas Shell, Petro Gazz, and Cleanfuel said they would raise prices of gasoline by P3.40 per liter and diesel by P8.65.

Shell will also raise kerosene prices by P9.40 per liter. Petro Gazz and Cleanfuel do not carry kerosene.

The new rates will be applied on Tuesday, March 29.

Last week, the European Union once again considered a ban on Russian oil and gas imports, sending prices higher. The bloc, which relies on Russia for 40% of its gas and over a quarter of its oil, remains divided on such a ban.

Prior to the new upward adjustments, year-to-date increases stood at P14.90 per liter for gasoline, P19.20 for diesel, and P16.35 for kerosene.