Oil prices to go down on April 5 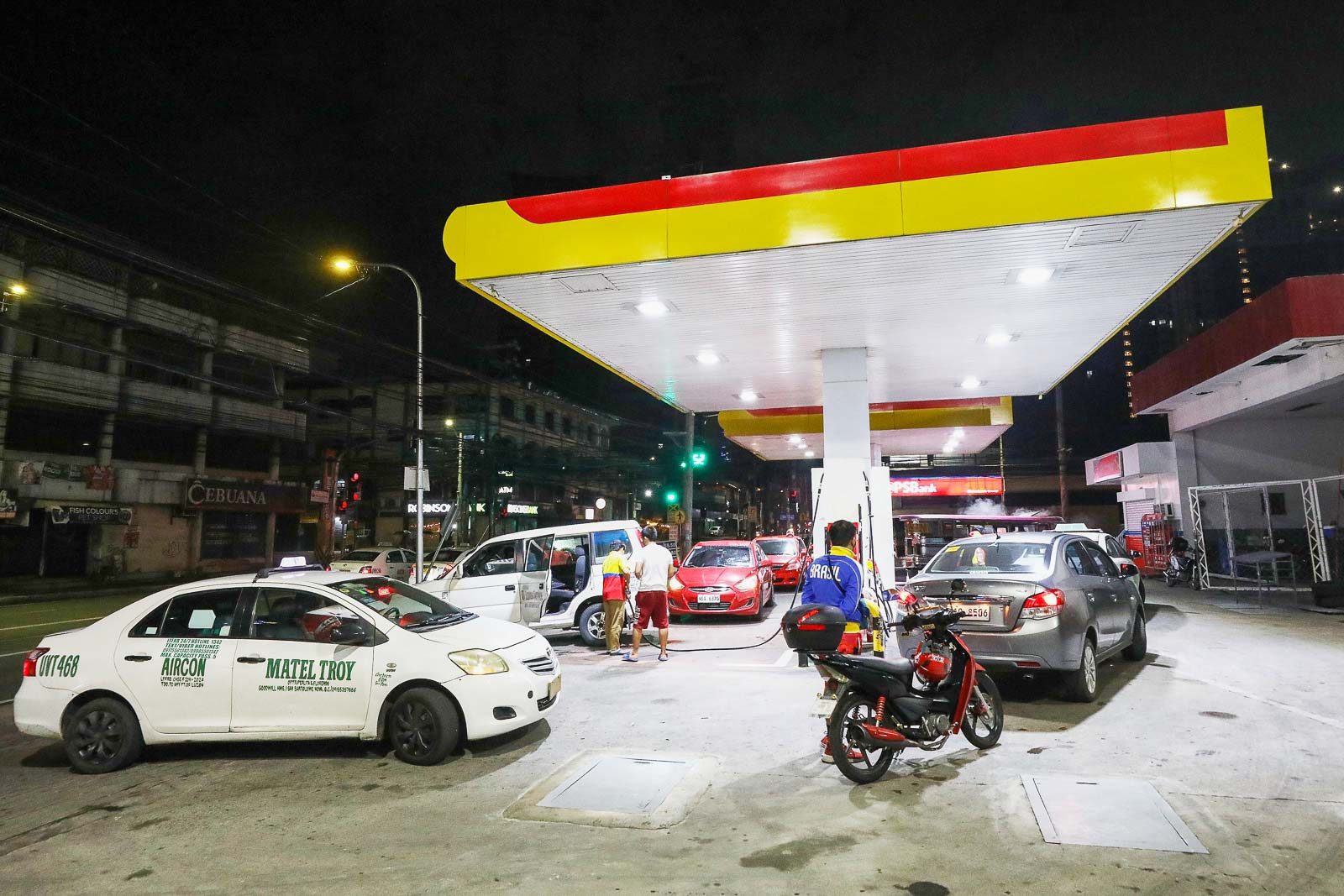 REFUELING. Motorists queue at a gasoline station in Quezon City on March 15, 2022, ahead of an oil price hike.

MANILA, Philippines – Oil companies are set to implement a rollback in prices on Tuesday, April 5.

Seaoil and Shell, meanwhile, said kerosene prices will go down by P1.65 per liter.

Other oil companies have yet to release advisories but are expected to follow the same adjustments.

The rollback in prices was attributed to the United States’ announcement that it will release 180 million barrels of petroleum reserves over a six-month period starting May in a bid to temper prices.

As of Tuesday, March 29, pump prices have increased by P18.30 per liter for gasoline, P27.85 per liter for diesel, and P25.75 per liter for kerosene since the year started. The net increase will inch down once the latest rollback kicks in.

Oil prices have surged since Russia invaded Ukraine in late February. The invasion prompted the US, European Union, Britain, and their allies to impose sanctions on Russia, the world’s second largest crude exporter. – Rappler.com