Facebook Twitter Copy URL
Copied
Some 377,000 public utility vehicle drivers will be given fuel vouchers to cushion the impact of high prices, which are feared to rise further due to the Russia-Ukraine crisis

The Development Budget Coordination Committee (DBCC) on Thursday, February 24, said the amount would be used for the Department of Transportation’s fuel subsidy program, where 377,000 drivers will be given vouchers.

It is on top of the Department of Agriculture’s P500-million budget for affected farmers and fisherfolk.

Before Russia’s attack on Ukraine, fuel prices in the Philippines had increased for eight consecutive weeks.

As of February 17, the Bangko Sentral ng Pilipinas projected Dubai crude would average at $83.3 per barrel. It is then expected to decelerate to $79 by the end of 2022 based on the latest oil futures.

Brent crude has already reached a seven-year high of $102.48 a barrel.

Economists warned that any further escalation in Ukraine may cause prices of goods in the Philippines to rise to levels last seen in 2018.

That year, inflation jumped to as high as 6.7%, while the purchasing power of Filipinos decreased as the peso weakened by 9%. 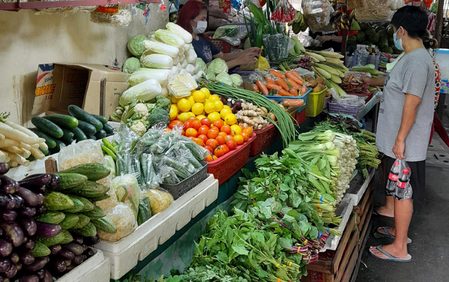