POVERTY. Residents queue to receive the emergency fund assistance of P4,000 per family at a covered court in Baseco Tondo, Manila.

Facebook Twitter Copy URL
Copied
A family of five now needs at least P12,082 per month to meet the most basic food and non-food needs 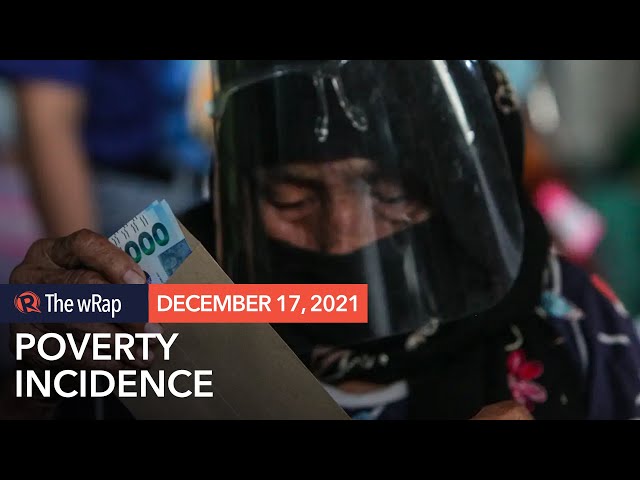 MANILA, Philippines – The poverty incidence among Filipinos rose to 23.7% in the first semester of 2021, equivalent to 26.1 million Filipinos, based on the official poverty statistics of the Philippine Statistics Authority (PSA).

The latest figures are higher than what were recorded in 2018, when the poverty incidence was 21.1%, equivalent to 22.26 million Filipinos.

This translates to 3.9 million more Filipinos living in poverty amid the coronavirus pandemic.

National Statistician Dennis Mapa emphasized that one is considered not poor if a family earns over the said amount, as it is only a threshold.

Meanwhile, the proportion of Filipino families whose incomes were less than the food threshold or P8,393 stood at 7.1%. One in 10 Filipinos were considered food poor in the first semester of 2021.

Pandemic scars: More Filipinos to remain poor, unemployed even by 2022

The National Capital Region posted the lowest poverty incidence among families at 5.2%.

Meanwhile, the Bangsamoro Autonomous Region in Muslim Mindanao posted the highest at 39.4%.