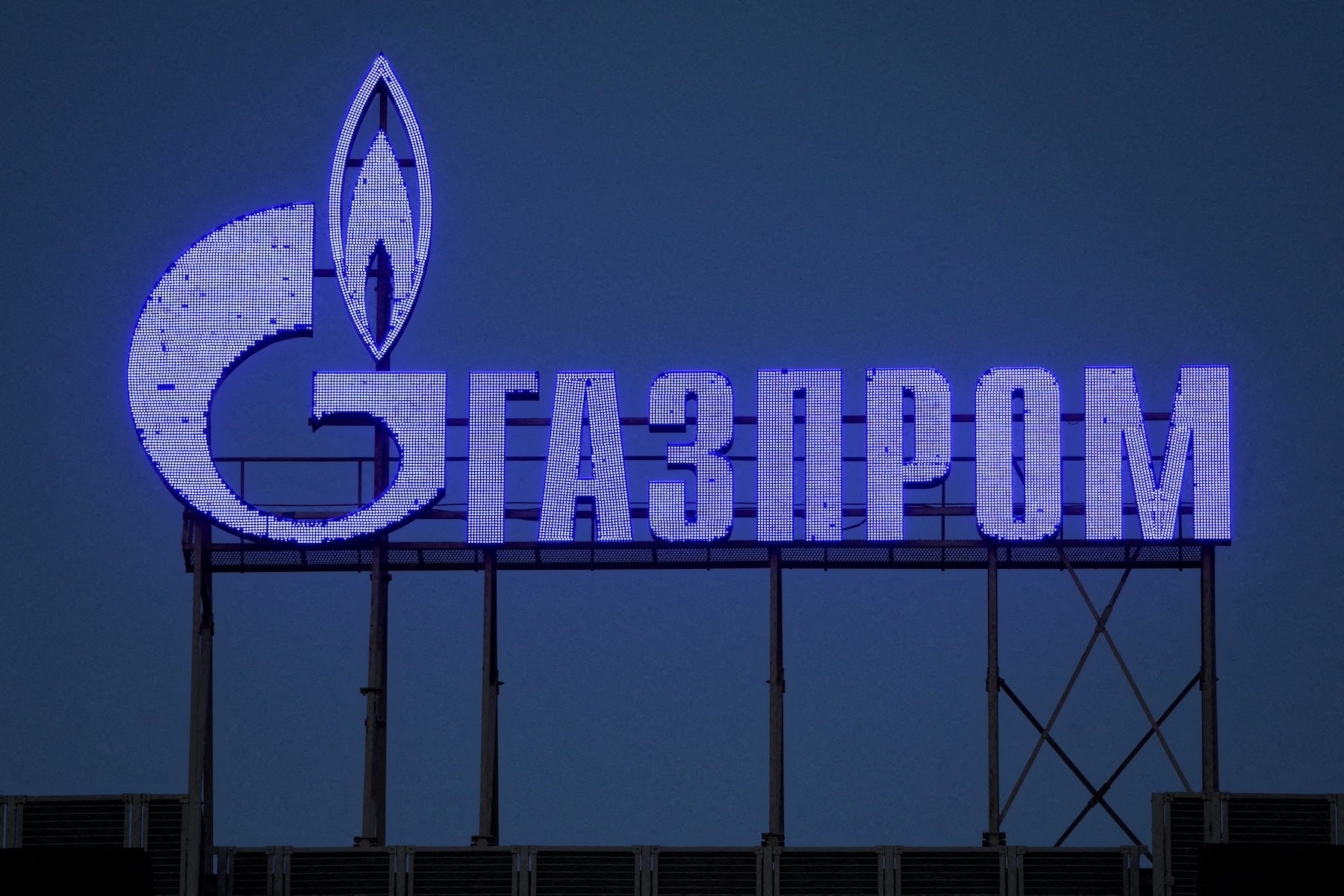 GAZPROM. The logo of Gazprom is seen on the facade of a business center in Saint Petersburg, Russia, March 31, 2022.

Facebook Twitter Copy URL
Copied
Gazprom cuts off supplies to Dutch trader GasTerra and Denmark's Orsted, as well as to Shell Energy for its contract on gas supplies to Germany

Russia widened its gas cuts to Europe on Tuesday, May 31, with Gazprom saying it will turn off supplies to several “unfriendly” countries which have refused to accept Moscow’s roubles-for-gas payment scheme.

The move by the Russian gas giant is the latest retaliation to Western sanctions imposed on Moscow following its February 24 invasion of Ukraine, escalating its economic battle with Brussels and pushing up European gas prices.

Gazprom said on Tuesday it had fully cut off gas supplies to Dutch gas trader GasTerra.

It later said it would also stop as of June 1 gas flows to Denmark’s Orsted and to Shell Energy for its contract on gas supplies to Germany, after both failed to make payments in roubles.

The announcements follow the agreement by European Union leaders to cut the EU’s imports of Russian oil by 90% by year-end, the bloc’s toughest yet response to the invasion.

No threat to supply

GasTerra, which buys and trades gas on behalf of the Dutch government, said it had contracted elsewhere for the 2 billion cubic meters of gas it had expected to receive from Gazprom through October.

“This is not yet seen as a threat to supplies,” said Economy Affairs Ministry spokesperson Pieter ten Bruggencate.

Orsted, which has also said there was no immediate risk to Denmark’s gas supplies, said on Tuesday it would turn to the European gas market to fill the gap.

“The gas for Denmark must, to a larger extent, be purchased on the European gas market. We expect this to be possible,” Orsted chief executive Mads Nipper said in a statement shortly after Gazprom’s announcement.

The benchmark front-month gas contract rose around 5% on Tuesday afternoon to around 91.05 euros/MWh but remained well below highs over 300 euros/MWh hit in early March.

“While the market was largely expecting both companies to be cut off, this development will make the supply-demand balance that much tighter,” ICIS analyst Tom Marzec-Manser said on Twitter.

Russian gas flows to Germany via the Nord Stream pipeline fell on Tuesday which analysts said was likely due to the Netherlands being cut off.

Moscow had already stopped natural gas supplies to Bulgaria, Poland, and Finland, citing their refusal to pay in Russian roubles, a demand made in response to Western sanctions that have isolated Russia.

German, Italian, and French companies, however, have said they would engage with the scheme to maintain supplies.

The supply cuts have boosted already high gas prices, turbocharging inflation and spurring European governments and companies to chase alternative sources and the infrastructure to handle them, including floating storage and regasification units (FSRUs).

Europe has been rushing to fill its gas storage sites ahead of winter, wary of Russian supply cuts, which typically provides around 40% of Europe’s gas.

The Dutch government last week said it would increase subsidies to 406 million euros to encourage companies to fill the Bergermeer facility, one of the largest open-access gas storage facilities in Europe.

Danish gas storages are currently 55% full and will be able to supply all Danish and Swedish gas customers for five months if supplies from Germany get cut off, a letter from the Danish energy minister Dan Jorgensen to parliament showed. – Rappler.com