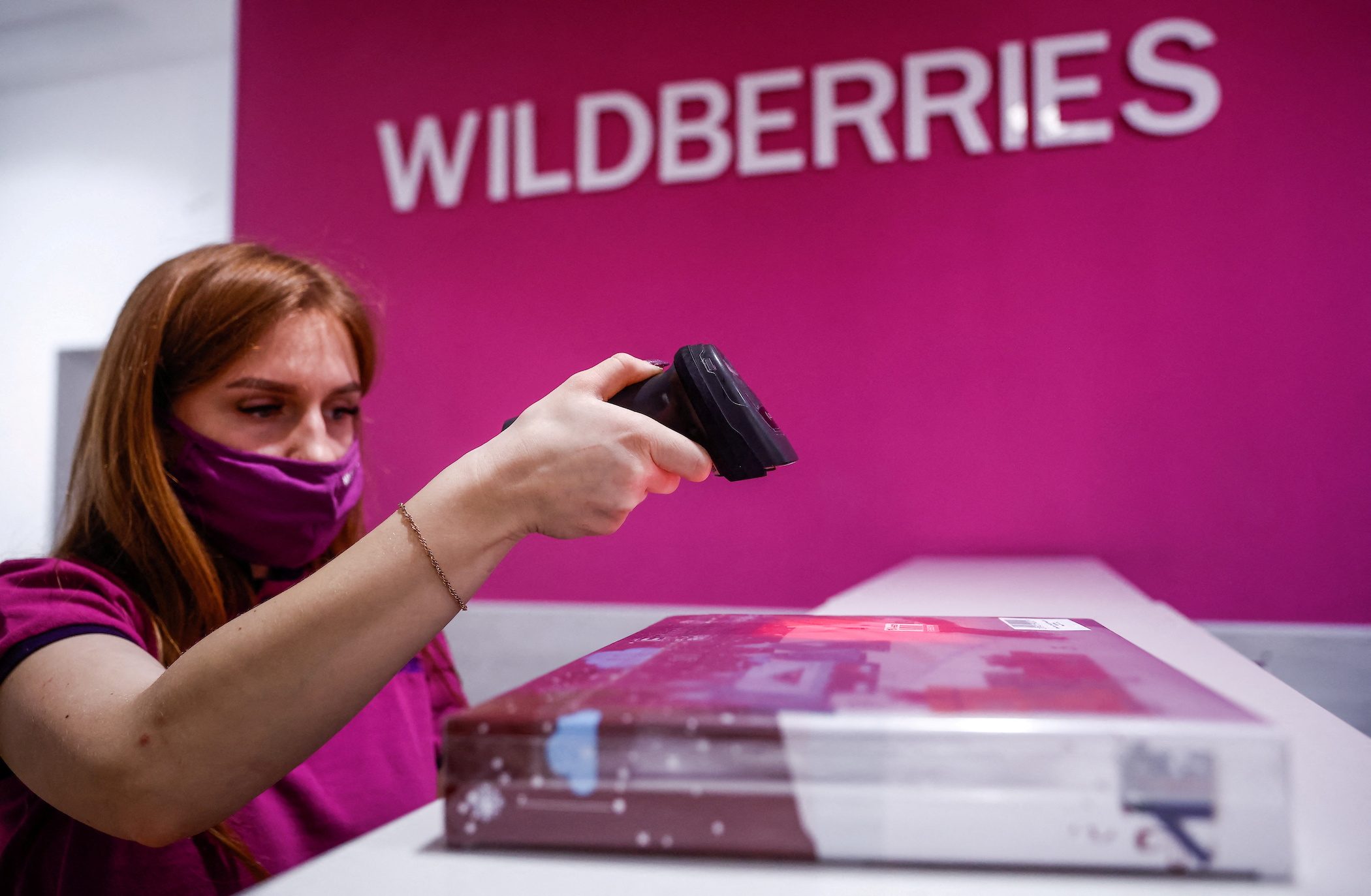 WILDBERRIES. An employee of Wildberries online retailer scans a code on a package at a pickup point in Moscow, Russia, December 16, 2021.

Russian e-commerce leader Wildberries is still selling clothes from Inditex brands that have suspended operations in the country, including the Spanish group’s main Zara label.

The TASS news agency reported on Tuesday, June 14, that Zara items were being sold on Wildberries, which the Russian company confirmed.

Inditex is one of many Western brands to shutter stores and suspend operations in response to Russia’s actions in Ukraine, but the continued sale of some of its products highlights the difficulties companies face in keeping control of their brands.

Other Inditex brands, Massimo Dutti and Pull&Bear, were also available on Wildberries, which said it would continue offering such goods to Russian consumers.

“We are buying goods that we sell from Wildberries without intermediaries, only directly from producers or official distributors,” Wildberries said in a statement on Tuesday.

It was not immediately clear which distributors Wildberries was referring to.

A source close to Inditex said the items being sold by Wildberries were clearance stocks that were already in Russia when it suspended activities there. Inditex has stopped sending products to Russia since the suspension, the source added.

Products from many other Western brands are also still available on Wildberries.

The company started out as an online platform reselling clothes from the likes of German mail order group Otto and now supplies everything from electronics to kitchenware, its success turning founder Tatyana Bakalchuk into Russia’s richest woman.

Hit by sanctions and supply chain issues, Russia has legalized so-called parallel imports, which allow retailers to import products from abroad without the trademark owner’s permission.

Bakalchuk in March described the scheme as an effective support measure, highlighting its importance for small and medium-sized businesses and for the import of socially significant products. – Rappler.com