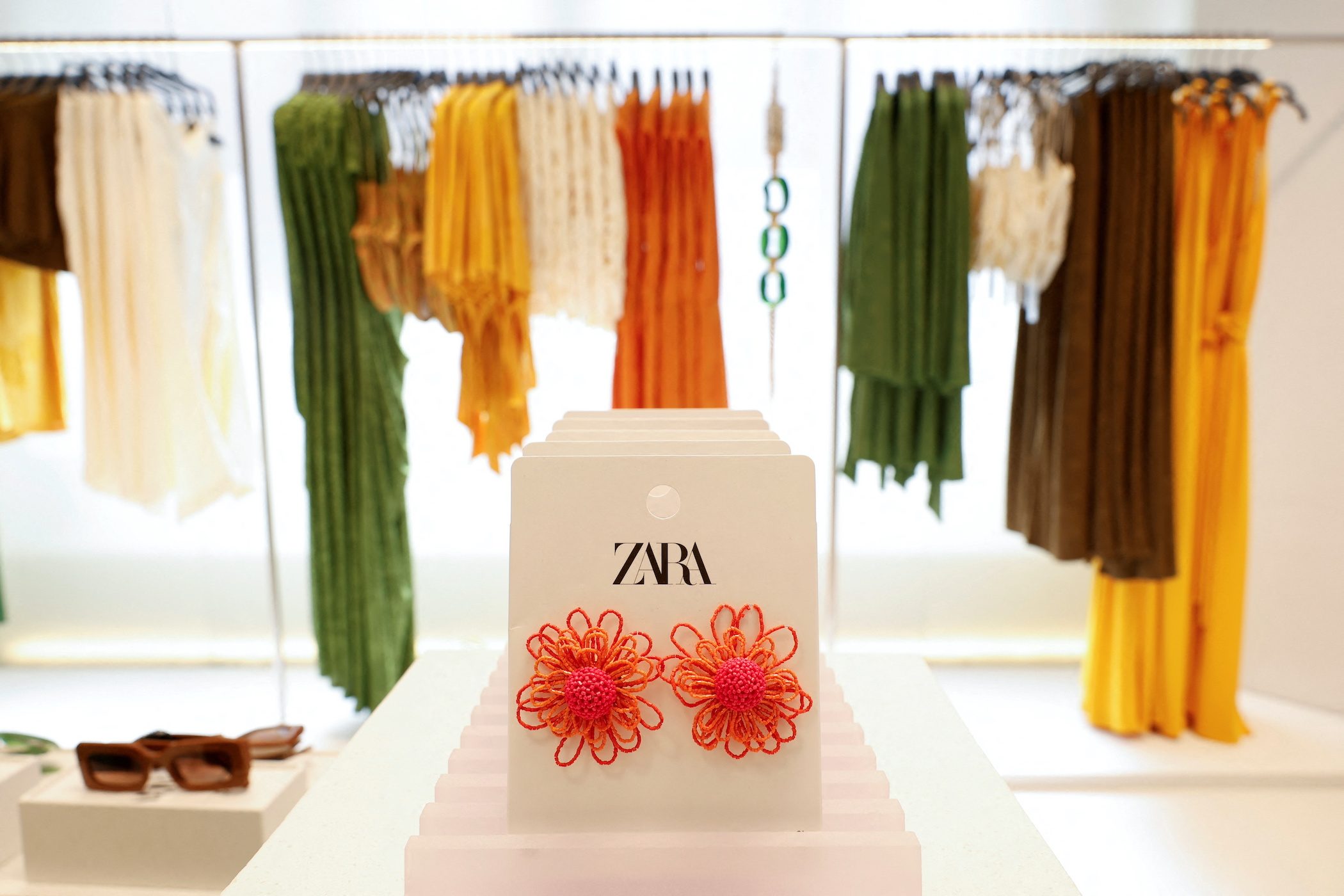 ZARA. Products are displayed at one of the largest Zara stores in the world, in Madrid, Spain, April 7, 2022.

MADRID, Spain – Fashion giant Zara’s owner Inditex reported an 80% jump in quarterly profit on the back of soaring sales as consumers revamped their wardrobes after months spent stuck at home during the pandemic lockdowns.

The company said on Wednesday, June 8, it made a net profit of 760 million euros ($812 million) for the quarter to end April, in line with analysts’ expectations. Sales rose 36% to 6.7 billion euros, surpassing pre-pandemic levels, while its gross margin hit a 10-year high. Inditex shares rose as much as 5% in morning trade.

Zara has benefited from successfully passing on higher prices to shoppers despite a cost of living crisis squeezing margins at other retailers.

The company will continue to increase prices in markets affected by inflation during the second quarter while keeping its clothes affordable, chief executive officer Garcia Maceiras told analysts.

“We continue to expect pricing to contribute to 2022 Spring/Summer sales in a mid single digit with no impact on volume,” he said.

The company is building up its inventory to ensure supply chain strains do not result in a shortage of stock, Inditex said.

Some analysts said it was a gamble.

“This inventory-stocking has the potential to backfire if economic conditions continue to worsen and customers eventually close their wallets,” said Hargreaves Lansdown equity analyst Laura Hoy. “For now that doesn’t appear to be an issue for Inditex, whose trendy clothes continue to earn it a spot on dwindling budgets.”

Inditex reported a gross margin of 60.1%, its highest in a decade, while operating expenses grew 24%, slower than sales.

Excluding a 216-million-euro charge related to store closures in Russia booked during the quarter, Inditex reported a profit of 940 million euros.

The ongoing recovery in Britain, Europe, and the United States helped Inditex make up for part of the lost revenue in Russia after the company closed its 502 shops there in March following Moscow’s February 24 invasion of Ukraine.

Russia was Inditex’s second largest market in terms of shops and accounted for 5% of its sales growth between February 1 and March 13, according to the company.

Beside Russia and Ukraine, the only market where Inditex’s sales failed to increase was China, where COVID-19 restrictions affected 67 stores.

Online sales fell 6% from a year earlier, when many pandemic curbs were still in place. Inditex said it expected 30% of its total sales to remain online by 2024. – Rappler.com