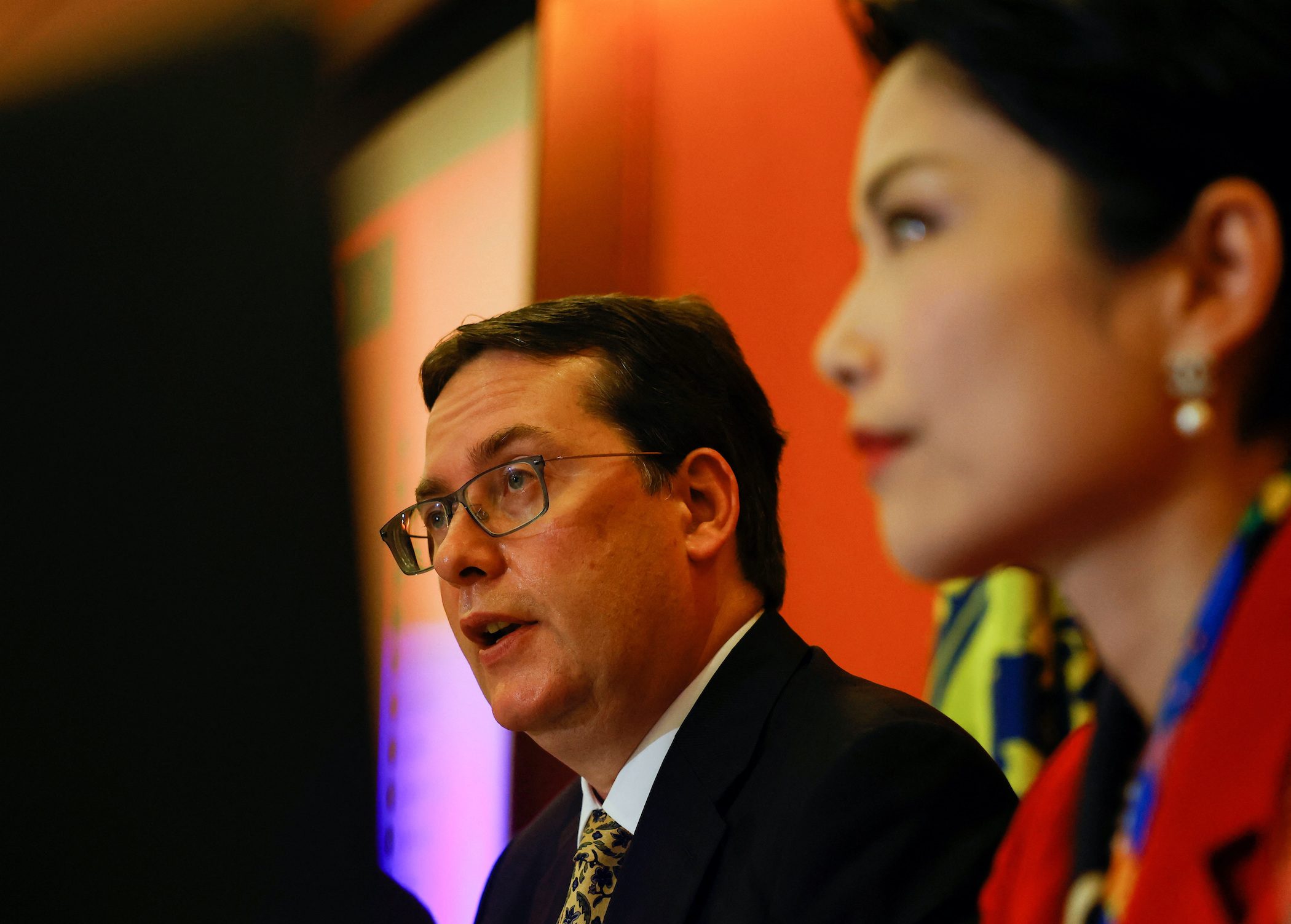 Facebook Twitter Copy URL
Copied
'This staff-level agreement is only the beginning of a long road ahead for Sri Lanka to emerge from the crisis,' senior IMF official Peter Breuer tells reporters in Colombo

COLOMBO, Sri Lanka – Sri Lanka has reached a preliminary agreement with the International Monetary Fund (IMF) for a loan of about $2.9 billion, the global lender said on Thursday, September 1, as the country seeks a way out its worst economic crisis in decades.

The agreement, which Reuters first reported on Wednesday, August 31, is subject to approval by IMF management and its executive board, and is contingent on Sri Lankan authorities following through with previously agreed measures.

“This staff-level agreement is only the beginning of a long road ahead for Sri Lanka to emerge from the crisis,” senior IMF official Peter Breuer told reporters in Colombo.

“The authorities have already begun the reform process and it will be important to continue on this path with determination.”

IMF conditions for the loan also include receiving financing assurances from Sri Lanka’s official creditors and efforts by the country to reach an agreement with private creditors.

The country’s reserves stood at $1.82 billion as of July, according to central bank data.

“Starting from one of the lowest revenue levels in the world, the program will implement major tax reforms. These reforms include making personal income tax more progressive and broadening the tax base for corporate income tax and VAT (value-added tax),” the statement said.

Once the IMF package is approved, Sri Lanka is also likely receive further financial support from other multilateral creditors. Sri Lanka’s current financial turmoil, its worst since the country’s independence from Britain in 1948, stems from economic mismanagement as well as the COVID-19 pandemic that has wiped out the country’s key tourism industry.

Sri Lankans have faced acute shortages of fuel and other basic goods for months, stoking unprecedented protests that forced a change in government.

Ranil Wickremesinghe, a veteran lawmaker who took over as president in July, has faced an uphill battle to stabilize the economy, which has been buffeted by runaway inflation that is now at almost 65% year-on-year.

“They said the revenue measures that we’ve taken have been substantial [and] they’re happy with what we’ve done from a fiscal perspective,” he said.

“Privatization is on the cards,” he said, “and I think it will happen probably by next year.”

Wickremesinghe, who also serves as the country’s finance minister, on Tuesday, August 30, presented an interim budget aimed at clinching the deal with the IMF.

The budget revised Sri Lanka’s deficit projection for 2022 to 9.8% of GDP from 8.8% earlier, while outlining fiscal reforms, including a hike in VAT. “This is a credible device to show to creditors that Sri Lanka is serious about engaging in reforms,” he said.

Sri Lanka needs to restructure nearly $30 billion of debt, and Japan has offered to lead talks with its other main creditors, including regional rivals India and China.

“If creditors are not willing to provide these assurances, that would indeed deepen the crisis here in Sri Lanka and would undermine its repayment capacity,” Breuer said.

Sri Lanka will also need to strike a deal with international banks and asset managers that hold the majority of its $19 billion worth of sovereign bonds, which are now classified as in default.

Sri Lanka’s debt had soared to unsustainable levels in the run-up to the crisis. Years of populist tax cuts had depleted finances, which were further hammered by the pandemic.

The damage was compounded by a ban on chemical fertilizers that hit the farming industry, followed by soaring oil and food prices driven by the conflict in Ukraine.

“From our perspective, it is important to move expeditiously,” Breuer said, referring to the need for creditors to work together.

“That really is the key here. Because we want to avoid the crisis becoming worse.” – Rappler.com