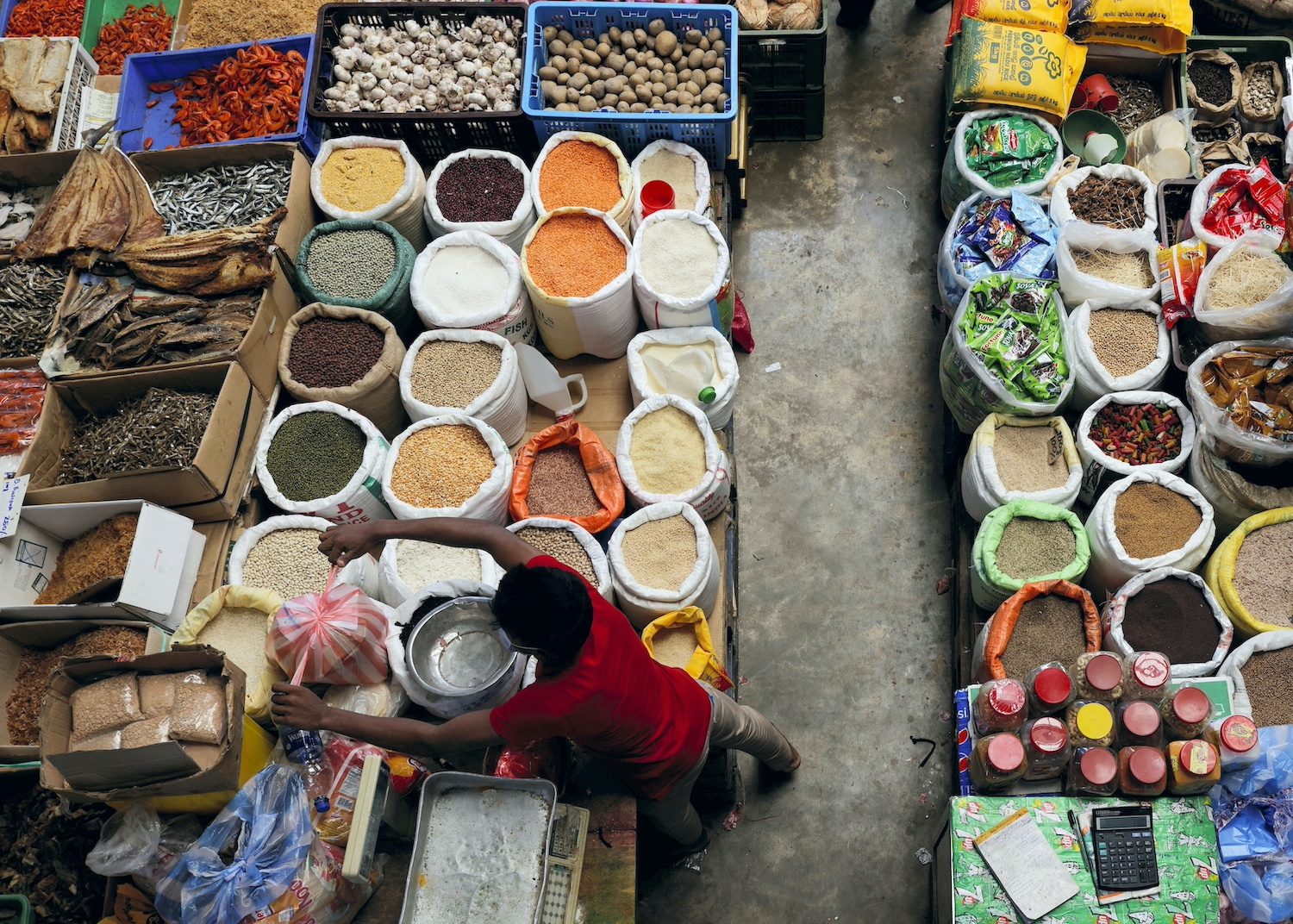 CRISIS. A vendor prepares a bag for a customer at a wholesale market, amid the country's economic crisis in Colombo, Sri Lanka, April 13, 2022.

COLOMBO, Sri Lanka – Sri Lanka‘s worst economic crisis has triggered an unprecedented wave of spontaneous protests as the island nation of 22 million people struggles with prolonged power cuts and a shortage of essentials, including fuel and medicines.

President Gotabaya Rajapaksa’s government has come under growing pressure for its mishandling of the economy, and the country has suspended foreign debt payments in an effort to preserve its paltry foreign exchange reserves.

On Monday, April 18, Sri Lanka will begin talks with the International Monetary Fund (IMF) for a loan program, even as it seeks help from other countries, including neighboring India, and China.

How did it get to this?

Economic mismanagement by successive governments weakened Sri Lanka’s public finances, leaving its national expenditure in excess of its income, and the production of tradable goods and services at an inadequate level.

The situation was exacerbated by deep tax cuts enacted by the Rajapaksa government soon after it took office in 2019, which came just months before the COVID-19 crisis.

The pandemic wiped out parts of its economy – mainly the lucrative tourism industry – while an inflexible foreign exchange rate sapped remittances from its foreign workers.

But to keep its economy afloat, the government still leaned heavily on its foreign exchange reserves, eroding them by more than 70% in two years.

By March, Sri Lanka’s reserves stood at only $1.93 billion, insufficient to even cover a month of imports, and leading to spiraling shortages of everything from diesel to some food items.

JP Morgan analysts estimate the country’s gross debt servicing would amount to $7 billion this year, with the current account deficit coming in around $3 billion.

What did the government do?

Faced with a rapidly deteriorating economic environment, the Rajapaksa government chose to wait, instead of moving quickly and seeking help from the IMF and other sources.

For months, opposition leaders and experts urged the government to act, but it held its ground, hoping for tourism to bounce back and remittances to recover.

Newly appointed Finance Minister Ali Sabry told Reuters in an interview earlier this month that key officials within the government and Sri Lanka’s central bank did not understand the gravity of the problem and were reluctant to have the IMF step in. Sabry, along with a new central bank governor, was brought in as part of a new team to tackle the situation.

But, aware of the brewing crisis, the government did seek help from countries, including India and China. Last December, the then-finance minister traveled to New Delhi to arrange $1.9 billion in credit lines and swaps from India.

A month later, President Rajapaksa asked China to restructure repayments on around $3.5 billion of debt owed to Beijing, which in late 2021 also provided Sri Lanka with a $1.5-billion yuan-denominated swap.

Finance Minister Sabry will start talks with the IMF for a loan package of up to $3 billion over three years.

An IMF program, which typically mandates fiscal discipline from borrowers, is also expected to help Sri Lanka draw assistance of another $1 billion from other multilateral agencies such as the World Bank and the Asian Development Bank.

In all, the country needs around $3 billion in bridge financing over the next six months to help restore supplies of essential items including fuel and medicine.

India is open to providing Sri Lanka with another $2 billion to reduce the country’s dependence on China, sources have told Reuters.

With China, too, the government is in discussions for a $1.5-billion credit line and a syndicated loan of up to $1 billion. Besides the swap last year, Beijing also extended a $1.3-billion syndicated loan to Sri Lanka at the start of the pandemic. – Rappler.com