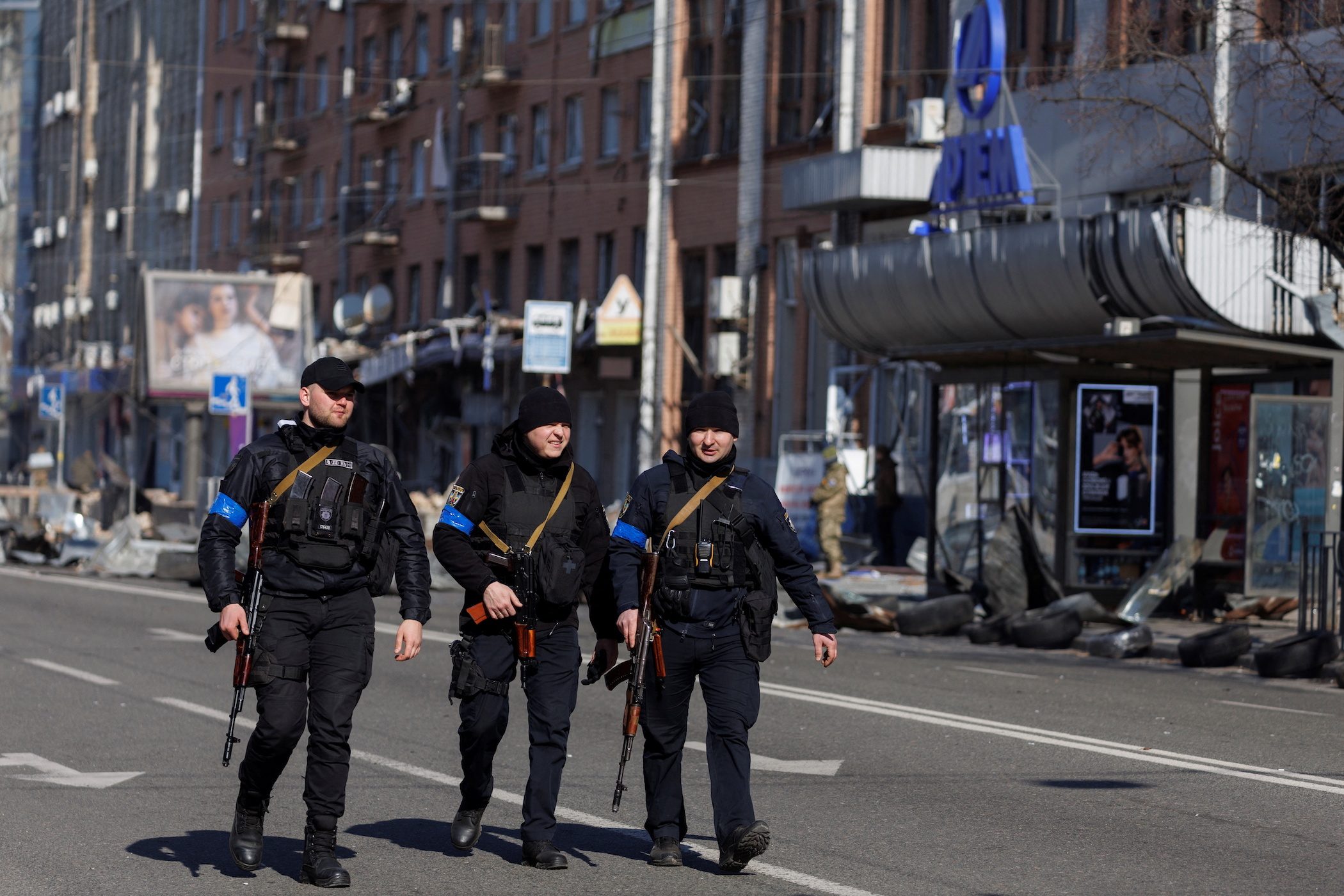 SHELLING. Armed police walk past the Artem factory after it was hit by shelling as Russia's attack on Ukraine continues, in Kyiv, Ukraine, March 15, 2022.

Facebook Twitter Copy URL
Copied
This new bill is backed by Ukrainian President Volodymyr Zelenskiy, who has called for the government to ramp up support for small and medium-sized businesses in particular

The war – the biggest in Europe since World War II – has caused a humanitarian and economic shock, with the International Monetary Fund warning this week of a possible 35% contraction in output.

The new bill was backed by President Volodymyr Zelenskiy, who has called for the government to ramp up support for small and medium-sized businesses in particular.

The new incentives include a new single 2% tax rate for all businesses with turnover of less than 10 billion hryvnia ($338 million) compared with a previous value-added tax of 20% and 18% tax on profit, Shmygal said in a statement.

“I am confident the decisions will strengthen our economic front,” he said in a statement.

In a later video address, Shmygal also outlined other wartime stimulus measures including a loan program for farmers worth 25 billion hryvnias ($846 million). – Rappler.com