Ukraine’s President Volodymyr Zelenskiy remotely rang the opening bell at the New York Stock Exchange (NYSE) on Tuesday, September 6, as his nation appealed for billions of dollars in private investment to rebuild factories and industries destroyed by Russia.

Zelenskiy’s government launched a platform of over 500 projects worth $400 billion for foreign companies and private investors to help rebuild Ukraine’s economy, even as the war with Russia drags on.

Zelenskiy appeared on a video screen behind the platform overlooking the NYSE floor where the opening bell is traditionally rung. Traders applauded and whooped while a banner read: “We are free. We are strong. We are open for business.”

Fresh from a roundtable with top executives from JP Morgan, Pfizer, and other US companies, Zelenskiy said in English that Ukraine was already rebuilding its economy, more than six months since the Russian invasion began.

“Ukraine is the story of a future victory and a chance for you to invest now in projects worth hundreds of billions of dollars to share the victory with us,” he said.

Ukraine is also appealing for some $5 billion in international aid each month to keep its economy running, in addition to military aid from NATO alliance members.

The United States and allies in Europe and Asia have already sent billions in humanitarian aid, weapons, and other security spending, and officials are watching closely for any signs domestic political support could be flagging.

Just over half of Americans said the United States should support Ukraine until Russia withdraws, a recent Reuters/Ipsos poll showed. 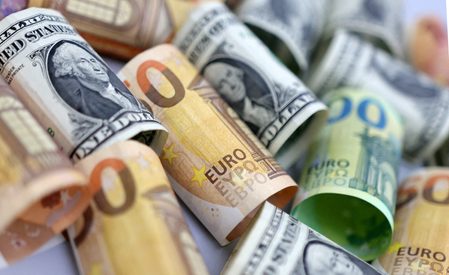 “It is necessary to invest in Ukraine now, and not wait for the end of the war,” Economy Minister Yulia Svyrydenko said in a statement.

Advertising group WPP is leading the marketing campaign for the initiative.

Svyrydenko told Reuters last month that Ukraine’s economy should stabilize over the coming year and expand by as much as 15.5% in 2023, after a likely contraction of 30% to 35% this year.

On Tuesday, she said Ukraine was keen to bring back foreign direct investment, which she said had reached $6.7 billion before the war. “The Russian invasion adjusted our short-term plans, but did not force us to abandon our strategic goals,” she said.

Concerns about corruption had tempered foreign investor interest in Ukraine before the invasion.

The economy ministry is also providing grants to existing businesses, and has relocated 700 businesses from the frontlines of the conflict. – Rappler.com