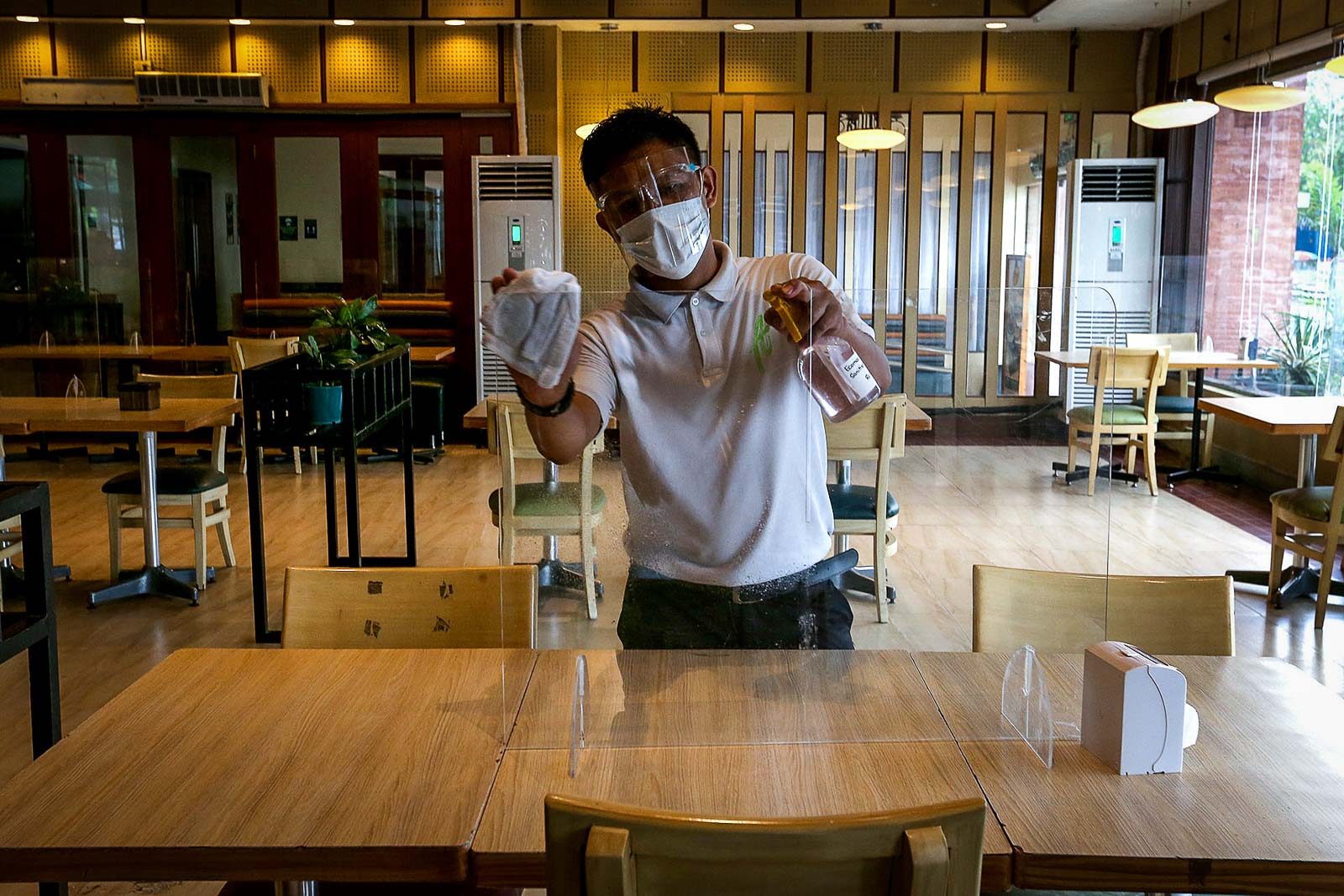 REOPENING. Workers prepare the indoor dining area of a restaurant in Roxas Boulevard, Manila, on September 15, 2021.

On Thursday, April 7, the PSA reported that there were 48.6 million Filipinos in the labor force in February, 2.67 million more than the figure in January. This translates to a labor force participation rate (LFPR) of 63.8%, higher than 60.5% a month earlier.

The LFPR is important to note as it gives a snapshot of the number of labor resources for the economy. It also gives the government an idea of the combined figure of people with jobs and those who are still actively looking for work.

The unemployment rate in February settled at 6.4%, the same as the figure in January. But this translates to 3.13 million people with no jobs, around 200,000 more people compared to January, as more Filipinos joined the labor force.

Meanwhile, the underemployment rate, which measures the number of people with jobs but are looking for more hours of work, declined to 14% from 14.9%. This translates to 6.38 million people underemployed in February, fewer than the 6.4 million people in January.

“As we contained the spread of the Omicron variant and ramped up the vaccination program, we were able to revert to Alert Level 2 in the National Capital Region and other economic centers starting February 2022. This allowed more Filipinos to rejoin the labor force. We aim to shift the entire country to Alert Level 1 to enable even more Filipinos to find work,” said Socioeconomic Planning Secretary Karl Chua.

Agriculture, wholesale and retail trade, and accommodation and food services added the most jobs on a monthly basis.

Chua said that while employment figures have improved, all schools need to be reopened to reap the full benefits of a more open economy. There are still areas in Alert Level 1 that have not reopened schools.

“To maximize the shift to Alert Level 1, we reiterate the need for the full and urgent resumption of face-to-face classes. This will allow one-fourth of the parents who stay at home supporting their children during online classes to work. This is crucial in light of the temporary inflationary pressures we are experiencing due to the Russia-Ukraine conflict,” said Chua.