Unemployed Filipinos down to 3.73 million in May 2021 as lockdowns ease COVID-19 JABS. A vaccination site at a mall in Bacoor City, Cavite.

Facebook Twitter Copy URL
Copied
(1st UPDATE) The Philippines' unemployment rate eases to 7.7%, but analyst Nicholas Mapa notes this is 'still quite distant from the 5.4% average' before the pandemic

The Philippines’ labor market improved in May, as the economy slowly reopened despite COVID-19 cases remaining high.

The Philippine Statistics Authority on Thursday, July 1, reported that the unemployment rate eased to 7.7% in May from the 8.7% recorded in April.

The latest figure translates to 3.73 million Filipinos with no jobs in May amid the pandemic-induced recession, compared to 4.14 million in April.

The underemployment rate or the percentage of the working population looking for more hours of work stood at 12.3% in May, equivalent to 5.49 million people. This is lower than the 17.2% recorded in April, which was equivalent to 7.45 million Filipinos.

The Philippine government eased the enhanced community quarantine or ECQ status in “NCR Plus” mid-April. The looser restriction or the modified ECQ was implemented right after, allowing the reopening of establishments like salons but keeping others like gyms closed during the period.

It was in late May that the Philippines breached the one-million mark of fully vaccinated people, nearly three months since the COVID-19 jab rollout at the start of March. While the country has been slower than peers in Southeast Asia, the milestone appeared to have boosted business confidence.

In a joint statement, President Rodrigo Duterte’s economic managers said that an accelerated vaccination program would continue to improve labor market conditions and lead to economic growth of 6% to 7% in 2021.

“With strong collaboration among the government, the private sector, and international development partners, we have sped up the inoculation drive. As of June 27, 2021, vaccine deployment reached 10 million doses. This consists of 7.5 million and 2.5 million for the first and second doses, respectively,” the joint statement read.

Of the total vaccinated people, 829,662 are workers who received their first dose.

“These significant improvements point to an economy on the mend. As the economy was further reopened in the second half of May, more Filipinos were able to rejoin the labor force and earn sufficient income, as indicated by the lower underemployment rate,” they said. 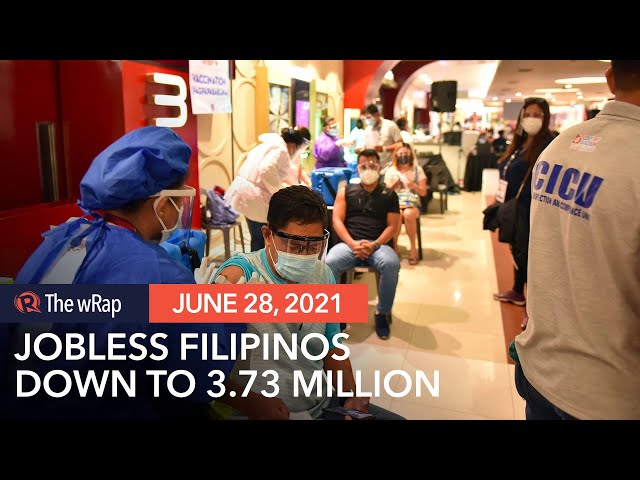 The government’s economic managers earlier emphasized that there are actually more people in the labor force and more people with work now than before the pandemic.

Experts, however, noted that the types of jobs available are in the informal sector and may likely be of low quality. Regular employment lost during the worst health crisis in recent history may not even return due to scars in the labor market. 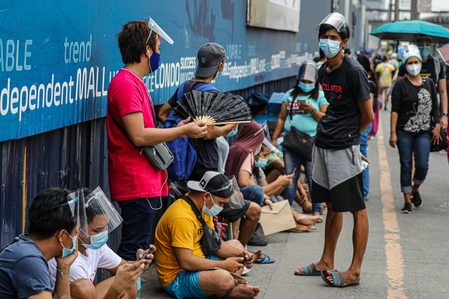 While employment figures improved in May, ING Bank Manila senior economist Nicholas Mapa noted the elevated level of the labor force participation rate which may be due to former retirees or part-time workers seeking incomes to augment whittled down savings or help smoothen out impaired salaries of their household.

Mapa also highlighted that the total mean hours of 40 remains low and possibly indicates that job seekers are slowly accepting fewer job hours and are willing to work under these conditions given the difficulty of finding work.

He also said that the spread of the new COVID-19 variants may push the government to impose another lockdown, making it difficult to tell if the latest labor force developments will be sustainable.

“Lastly, despite the improvement in labor market metrics, we note that the current unemployment rate remains still quite distant from the 5.4% average pre-COVID-19 and we will need to work harder to get back to that level and pace of job creation,” added Mapa. – Rappler.com