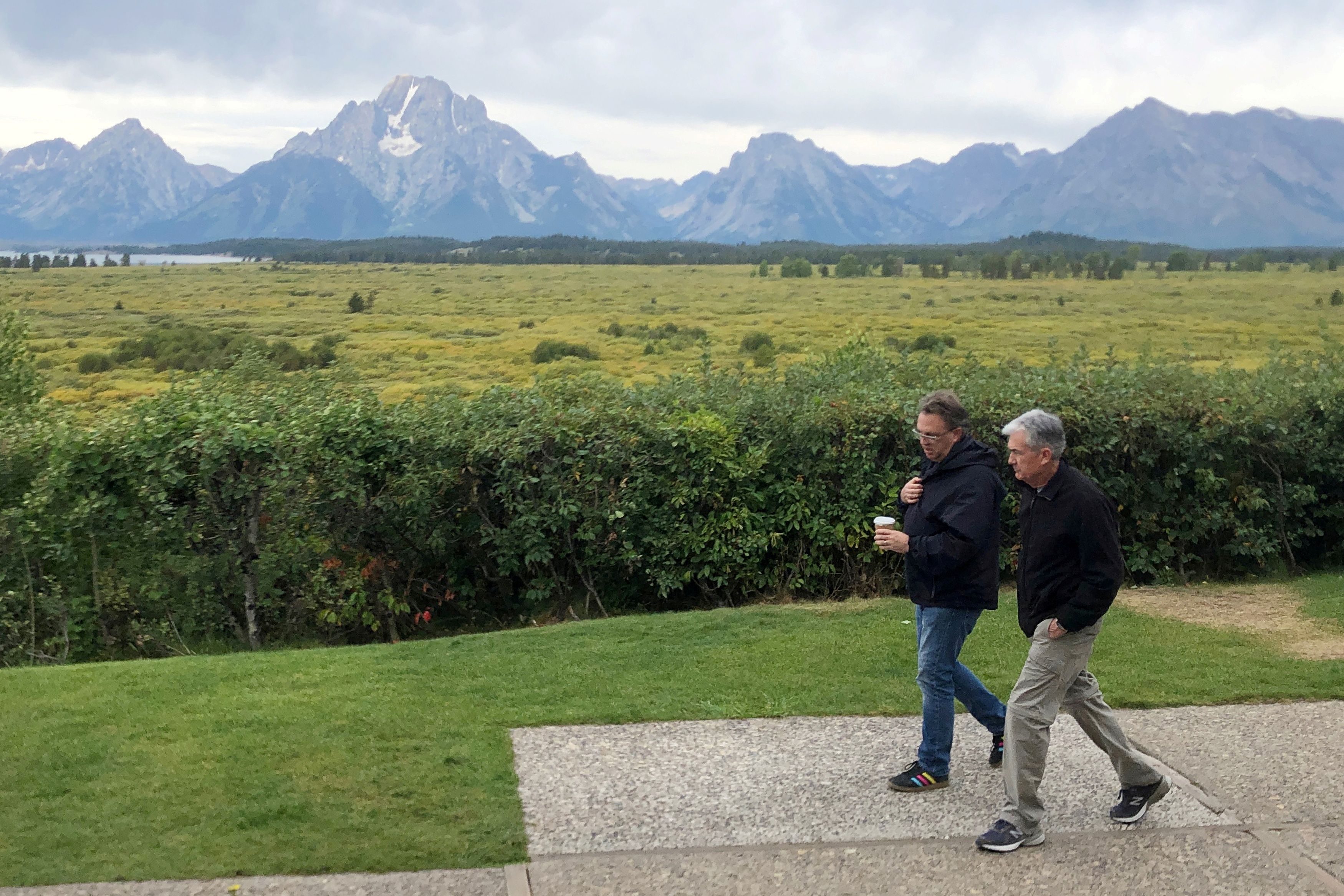 The Federal Reserve Bank of Kansas City said on Friday, August 20, its annual economic symposium in Jackson Hole, Wyoming, will take place on August 27 virtually and not in person as planned, the clearest sign yet of the impact of the COVID-19 Delta variant on the Fed’s plans.

“While we are disappointed that health conditions will prevent us from being able to gather in person at the Jackson Lake Lodge this year as we had planned, the safety of our guests and the Teton County community is our priority,” said Kansas City Fed President Esther George in a statement, citing the recently elevated COVID-19 health risk level in Teton County.

Under the county’s guidelines, people should not gather with non-family members or host in-person social activities.

The reversal raises questions about the Fed’s broader assessment of the Delta variant’s economic impact, which Chair Jerome Powell and other policymakers have mostly played down, saying that businesses and households have learned to live with the virus.

“It certainly is going to be a communications challenge” for Powell to stick to the view of only minor impact from the recent surge when he’ll be giving his highly anticipated speech on the economic outlook to an online-only audience,” said Yale School of Management’s Steven Kelly.

Or, as Grant Thornton chief economist Diane Swonk quipped on Twitter, “I think the tenor of @federalreserve Powell’s comments just shifted a bit on the economic outlook.”

At their meeting last week, Fed policymakers began coalescing around a plan to begin to reduce their support for the economy before the end of the year, as long as the labor market continued to improve as expected.

The Delta variant, however, is raising questions around that. Earlier on Friday, Dallas Fed President Robert Kaplan, who backs a plan to start trimming the Fed’s economy-bolstering bond purchases by October, said he was already seeing some signs of the rising caseloads’ impact on hiring and would be watching it carefully in the run-up to the Fed’s next meeting, in September.

The gathering was already going to be a muted affair. The guest list had been scaled back, with foreign central bankers not attending, many of the lodge facilities closed or limited, and masks mandatory outside of meals.

Vaccines were required for all attendees and their families.

Even as late as Friday afternoon Fed policymakers had still been planning to attend, with their staffs pinning down details for meetings outside of the scheduled events.

The Fed said this week, however, that Powell would give his marquee speech remotely. And now everyone else will attend online as well.

While Fed officials remain convinced this wave will not derail the recovery, the pace of the virus’ current surge is starting to be felt.

Economists this week began trimming forecasts of economic growth, and while the cuts weren’t dramatic in what is still a strong recovery, they marked a turn from the exuberance of the first half of the year.

“The impact of the Delta variant on growth and inflation is proving to be somewhat larger than we expected,” Goldman Sachs economists wrote on Thursday, August 19, lowering projected 2021 growth to 6% from 6.4%.

High frequency data showed the start of a possible slowdown in air travel and dining in restaurants.

Bank of America economists noted a recent decline in credit card spending on leisure – one of the business sectors hardest hit by the pandemic and struggling to re-employ its workforce. – Rappler.com