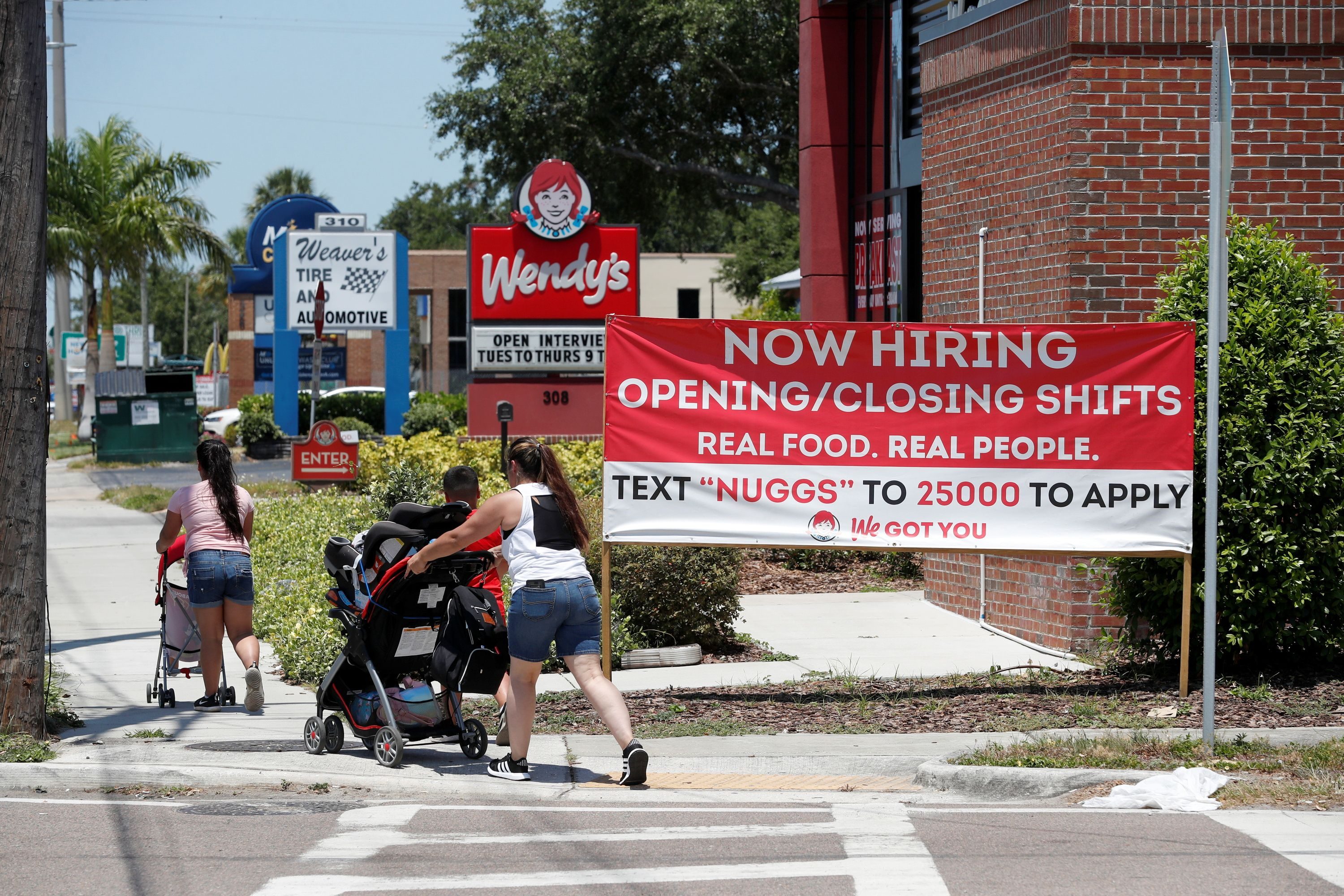 The number of Americans filing new claims for unemployment benefits dropped below 400,000 last week for the first time since the COVID-19 pandemic started more than a year ago, pointing to strengthening labor market conditions.

That was underscored by other data on Thursday, June 3, showing private payrolls increasing by the most in 11 months in May, spurred by robust demand amid a rapidly reopening economy. The data supported expectations that job growth accelerated last month, though shortages of workers and raw materials continue to loom over the labor market recovery.

“The economic reopening is continuing and should be positive for job growth,” said Rubeela Farooqi, chief US economist at High Frequency Economics in White Plains, New York. “But supply and demand imbalances are creating frictions in the labor market that could be a headwind in the near term.”

Initial claims for state unemployment benefits fell 20,000 to a seasonally adjusted 385,000 for the week ended May 29. That was the lowest since mid-March 2020. Economists polled by Reuters had forecast 390,000 applications for the latest week.

The fifth straight weekly decrease in claims was led by Texas and Florida.

The pandemic is subsiding because of vaccinations, allowing authorities to lift restrictions on businesses and accelerating the economy’s reopening. That has led to a surge in demand that is pushing against supply constraints.

Though claims remain well above the 200,000-250,000 range that is associated with healthy labor market conditions, they have dropped from a record 6.149 million in early April 2020.

They could decline further as Republican governors in 25 states, including Florida and Texas, are cutting off unemployment programs funded by the federal government for residents starting next Saturday, June 5.

These states account for more than 40% of the workforce. About 4 million workers will be affected. The benefits being terminated early include a weekly $300 unemployment subsidy, which businesses say is discouraging the jobless from seeking work. The expanded benefits will end in early September across the country. Economists estimate unemployment benefits payments totaled $35.1 billion in May.

Some doubt that an early termination of these benefits will lead to a surge in hiring and warn economic growth could slow.

“We don’t know if cutting this lifeline for some jobless workers is going to lead to greater payroll employment gains,” said Chris Rupkey, chief economist at FWDBONDS in New York. “Less money paid out as unemployment benefits will slow economic growth if it does not lead to new paychecks quickly.” But hiring appears to have improved in May, with the ADP National Employment Report showing private payrolls increased by 978,000 jobs, the biggest increase since June last year, after rising 654,000 in April. Economists had forecast private payrolls would increase by 650,000 jobs in May.

The ADP report is jointly developed with Moody’s Analytics and was published ahead of the Labor Department’s more comprehensive, and closely watched employment report for May on Friday, June 4. It, however, has a poor track record predicting the private payrolls count in the employment report because of methodology differences.

According to a Reuters survey of economists, nonfarm payrolls likely increased 650,000 jobs in May after rising only 266,000 in April. But this forecast is tempered by widespread worker and raw material shortages documented in business surveys.

In a third report on Thursday, the Institute for Supply Management said its non-manufacturing activity index rebounded to a record high of 64 in May from a reading of 62.7 in April. But businesses in the sector, which accounts for more than two-thirds of the US economy, complained about the dearth of workers. Some reported offering “cash incentives of $50” for people who show up for an interview.

The findings mirrored an ISM survey on manufacturing this week showing shortages of parts and workers were forcing short-term shutdowns at factories.

Workers are scarce despite nearly 10 million Americans being officially unemployed. The expanded unemployment benefits, problems with child care, and fears of contracting the virus, even with vaccines widely accessible, as well as pandemic-related retirements have been blamed for keeping workers home.

The claims report also showed the number of people continuing to receive benefits after an initial week of aid increased 169,000 to 3.771 million during the week ended May 22. These so-called continuing claims, which are reported with a one-week lag, are being closely watched for signs on how quickly hiring will pick up. There were about 15.4 million people on unemployment benefits under all programs in mid-May.

“This reminds us that a full recovery of jobs lost during the pandemic will be a more uneven process,” said Nancy Vanden Houten, lead US economist at Oxford Economics in New York.

A fourth report from global outplacement firm Challenger, Gray & Christmas showed job cuts announced by US-based employers rose 7% last month to 24,586. Layoffs were, however, down 93.8% from May 2020. Employers have announced 192,185 job cuts this year, down 86% compared to the same period in 2020. – Rappler.com