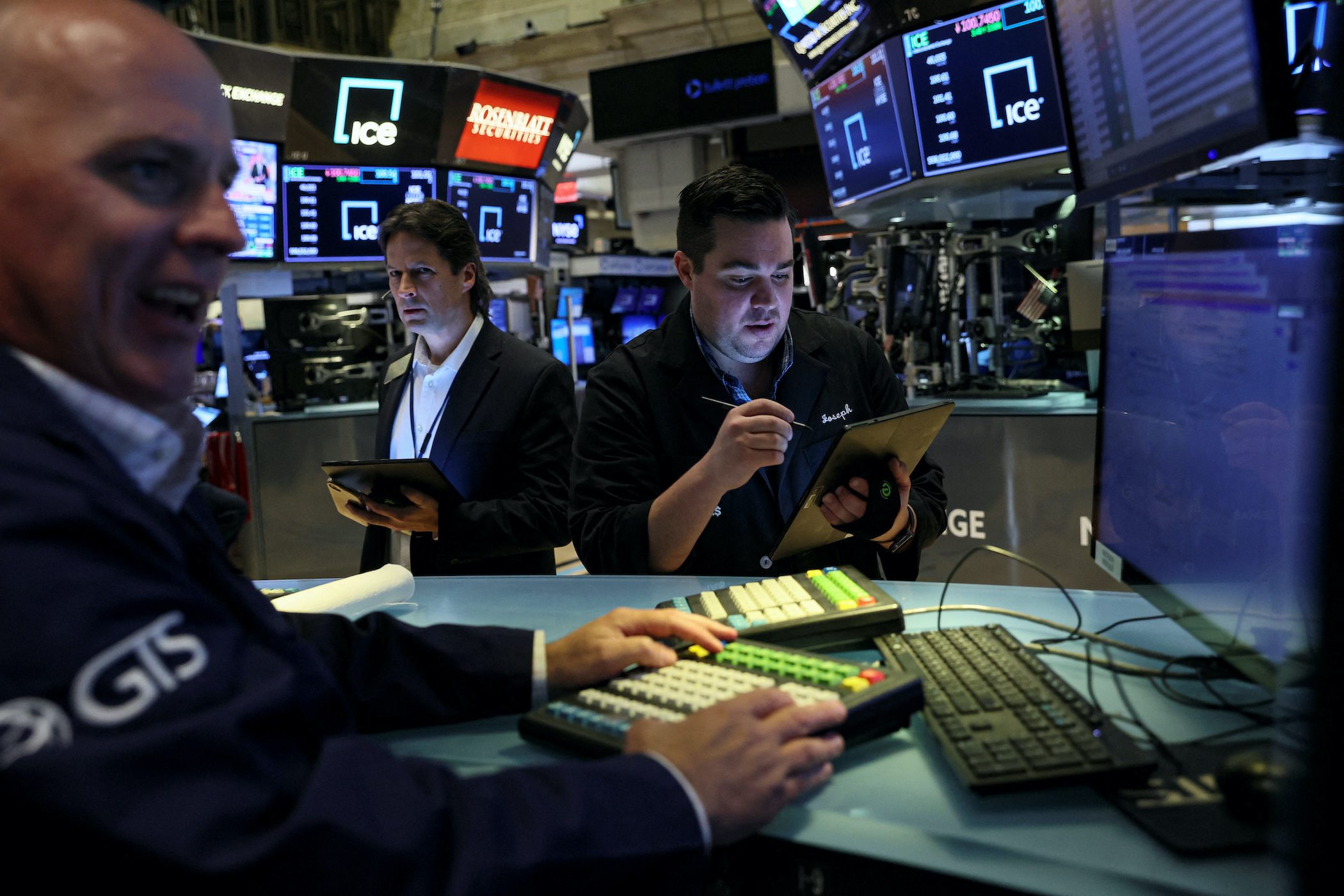 Facebook Twitter Copy URL
Copied
All three major US stock indexes notch their biggest one-day percentage advances in about two and a half years in a broad, robust rally on Thursday, November 10

NEW YORK, USA – US stocks jumped, the dollar tanked, and Treasury yields tumbled on Thursday, November 10, as cooler-than-expected inflation data suggested the Federal Reserve’s barrage of interest rate hikes are beginning to have their intended effect.

All three major US stock indexes notched their biggest one-day percentage advances in about two and a half years in a broad, robust rally.

The risk-on fervor also sent the 10-year Treasury yield to its lowest level in five weeks and the safe-haven greenback plummeting.

“I’m surprised at the gain relative to the slight drop in inflation,” said Peter Tuz, president of Chase Investment Counsel in Charlottesville, Virginia. “There must have been a lot of money sitting on the sidelines.”

The consumer price index (CPI) showed the prices paid by urban US consumers for a basket of items cooled down in October, a welcome indication that the buckets of cold water the Federal Reserve has been dumping on the economy with its hawkish monetary policy are reining in decades-high inflation at last.

“It shows you how focused asset owners were on inflation compared to everything else going on in the world,” Tuz said. “Investors are getting into risk assets again across the board.”

“It’s a powerful sign that maybe what the Fed and central banks around the world are doing is going to work.”

European shares shot up to their highest close in 11 weeks.

Signs that the decades-high inflation growth is beginning to ebb sent US Treasury yields to a five-week low, supporting expectations that the Fed could ease its foot from the rate-hike accelerator.

The dollar tumbled against a basket of world currencies as the prospect of post-peak inflation lured investors away from the safety of the greenback.

The dollar’s slide corresponded with spikes in the yen and other exchange rates.

Robust investor risk appetite helped cryptocurrencies stage a partial comeback, with bitcoin last up about 13%, reversing its free fall after the collapse of crypto exchange FTX.