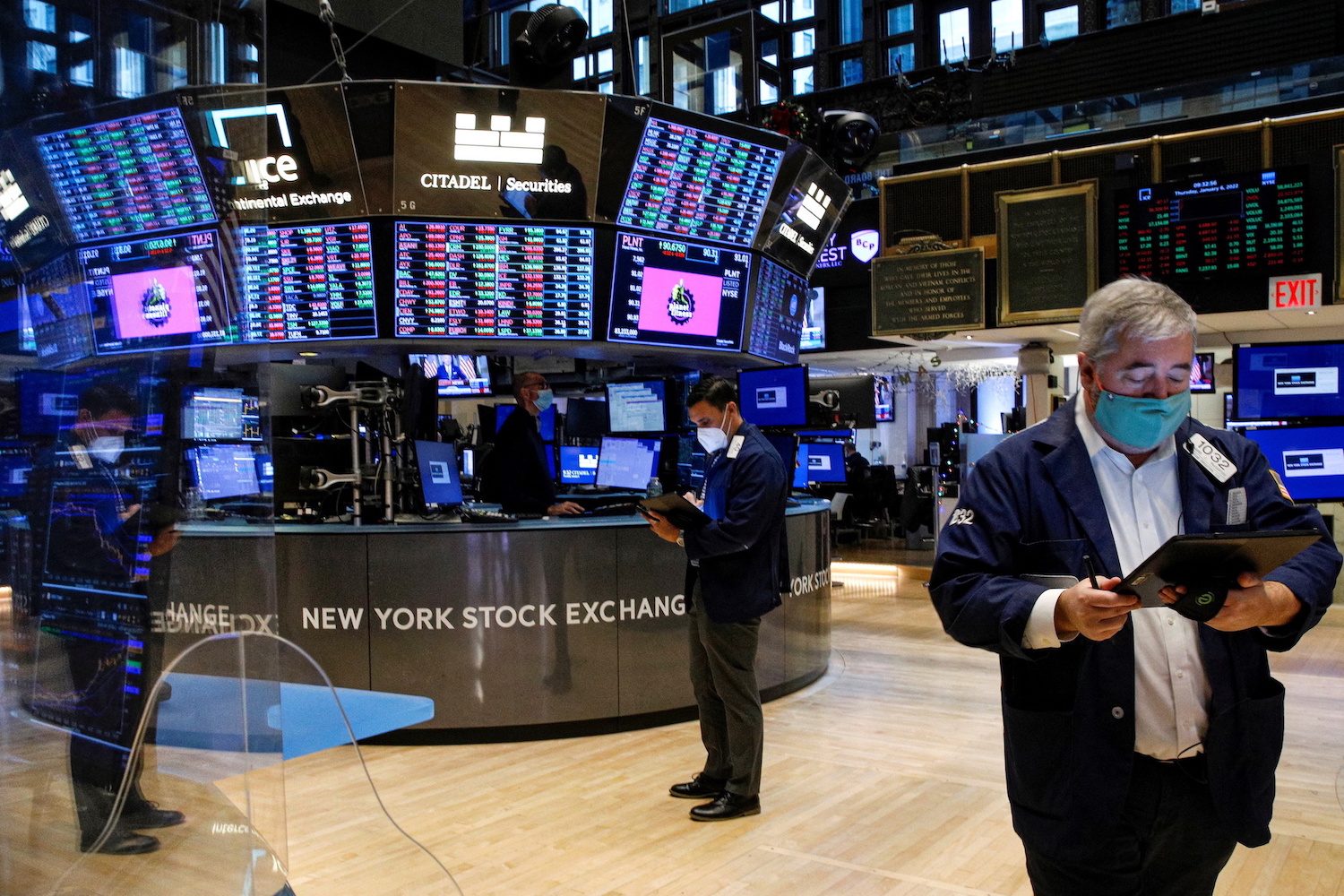 BOSTON, USA – Wall Street’s headache over the potential of a relatively fast pullback from stimulus by the US Federal Reserve lingered Thursday, January 6, as stocks sold off again and government bond yields mostly marched higher.

Stocks fell sharply in Asia and Europe too after Wall Street’s technology-heavy Nasdaq index plunged more than 3% on Wednesday, January 5.

Minutes released on Wednesday from the Fed’s December meeting had shown that a tight jobs market and unrelenting inflation could require the US central bank to raise rates sooner than expected and begin reducing its overall asset holdings.

As stocks struggled, US Treasury yields on most maturities rose again on Thursday as investors fretted over the Fed’s more hawkish stance, surging inflation, and a deluge of supply.

Adding to the worries on Thursday was data from the US Labor Department showing an increase in the number of Americans filing new claims for unemployment benefits last week, and the Institute for Supply Management (ISM) noting that non-manufacturing activity fell in December.

“Despite the weaker than expected ISM today, the market continued to increase how much it is pricing for the Fed to hike in 2022 and 2023 – now more than 5.5 hikes is priced before the end of 2023,” Nancy Davis, founder of Quadratic Capital Management in Greenwich, Connecticut, said in an email.

Investors will now look ahead to a key US jobs report on Friday, January 7, which will follow new eurozone inflation data that the European Central Bank will watch closely.

Cryptocurrencies were among the hardest hit in the overnight market sell-off, with bitcoin falling more than 5%. It last traded at around $43,164, down 0.63% on the day.

Gold prices slid to a two-week low on Thursday, pressured by rallying US Treasury yields.