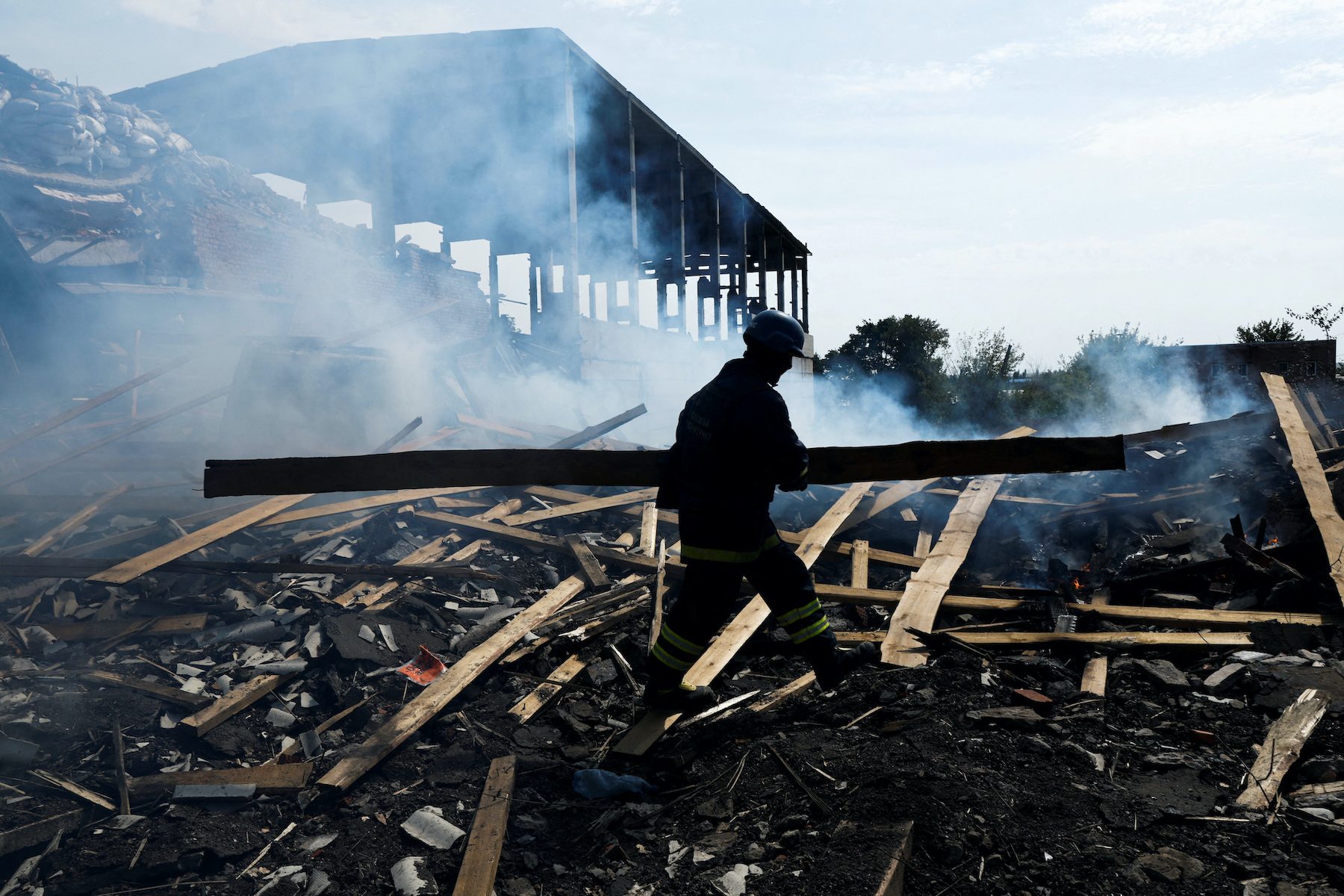 DESTRUCTION. A Ukrainian firefighter removes rubble from a factory destroyed by a Russian strike in the city of Slovyansk, as Russia's attack continues in Ukraine, August 27, 2022.

The financing by the International Bank for Reconstruction and Development, the bank’s main lending arm, was supported by $500 million in loan guarantees from Britain that were announced on September 30, the bank said.

It comes on the eve of a recovery conference taking place in Berlin on Tuesday, October 25, where national leaders, development experts, and chief executives will discuss how to rebuild Ukraine after Russia’s invasion, now entering its ninth month.

“The new portion of financing disbursed today will be used to maintain essential government services. We stand firmly to support the Ukrainian people as they face this unparalleled crisis.”

The World Bank has mobilized a total of $13 billion in emergency financing for Ukraine, of which $11.4 billion has been fully disbursed.

Russia’s invasion caused over $97 billion in direct damages to Ukraine through June 1, but it could cost nearly $350 billion to rebuild the country, the World Bank, Ukrainian government, and the European Commission said in a report released in September.

Moscow has called its actions a special military operation to rid its neighbor of extremists. – Rappler.com