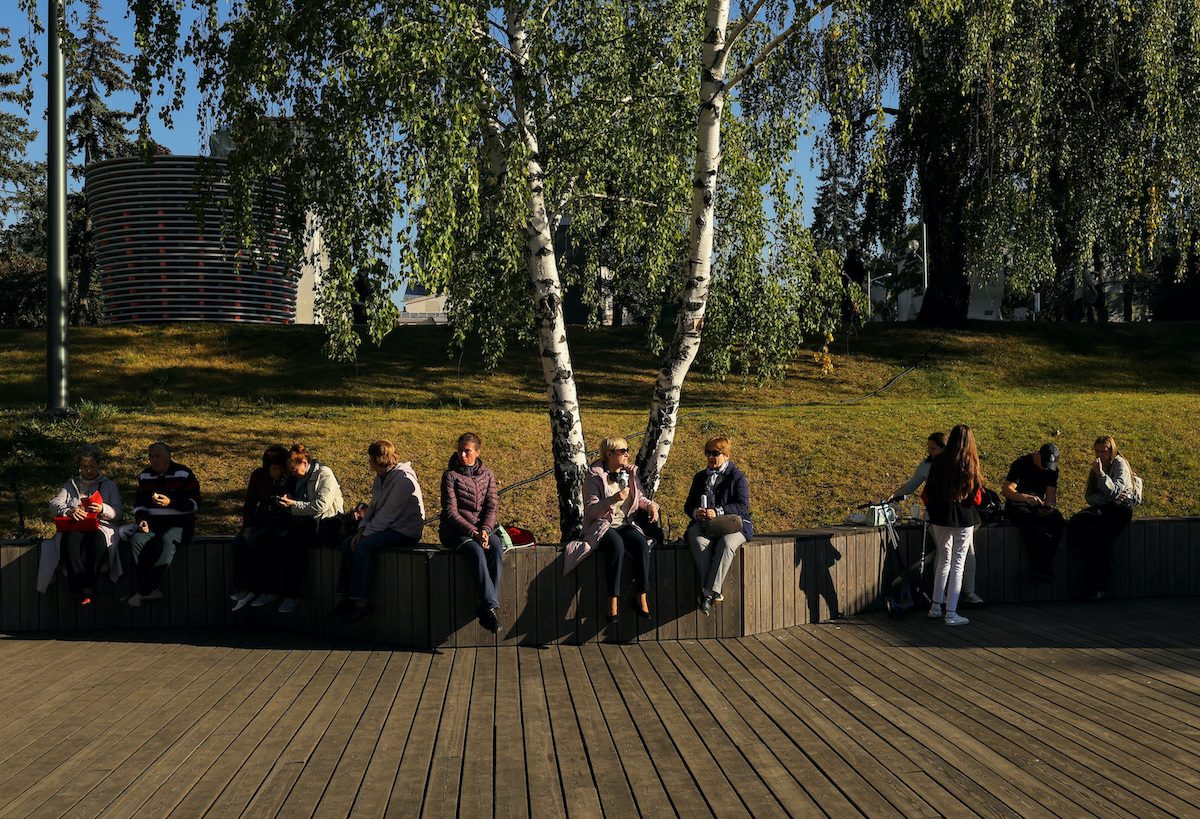 MOSCOW. People enjoy a sunny day at the Exhibition of Achievements of National Economy in Moscow, Russia, September 10, 2022.

Facebook Twitter Copy URL
Copied
The World Bank says collective gross domestic product in its Europe and Central Asia region is now expected to contract 0.2% in 2022 and grow by 0.3% in 2023 due to spillover effects from Russia's invasion of Ukraine

WASHINGTON, USA – The World Bank said on Tuesday, October 4, that countries in Eastern Europe and Central Asia will return to weak growth in 2023, but warned that a cutoff of Russian energy to the European Union would tip them into recession next year.

In updated economic forecasts, the World Bank said collective gross domestic product (GDP) in its Europe and Central Asia region was now expected to contract 0.2% in 2022 and grow by 0.3% in 2023 due to spillover effects from Russia’s invasion of Ukraine.

The 2022 forecast is a marked improvement over the World Bank’s June forecast of a 2.9% GDP contraction for the region that includes Ukraine, Poland, Russia, Turkey, and surrounding countries. It reflects better-than-expected resilience and growth in some of the region’s largest economies, along with extensions of pandemic-era stimulus programs in some countries.

The bank said it now expected Ukraine’s economy to shrink 35% in 2022, an improvement over the 45% contraction forecast earlier this year, but Ukraine’s economy is “scarred” by destruction to productive capacity, damage to agricultural land, and reduced labor supply with the displacement of 14 million people.

“Ukraine continues to need enormous financial support as the war needlessly rages on as well as for recovery and reconstruction projects that could be quickly initiated,” Anna Bjerde, World Bank vice president for Europe and Central Asia, said in a statement.

According to recent estimates by the bank, Ukraine’s recovery and reconstruction needs across social, productive, and infrastructure sectors total at least $349 billion – more than 1.5 times the size of its GDP in 2021.

The bank said the outlook for its Europe and Central Asia region is subject to “considerable uncertainty” with a prolonged, or intensified war causing greater physical and environmental damage and fragmentation of trade and investment.

In a separate note on the impact of the global energy crisis, the World Bank said an extended cutoff of energy supplies to the EU could trigger a recession for the European and Central Asian countries, with collective output shrinking by 1.2%.

The impact will be greater on countries more dependent on Russian natural gas, and less on countries with access to alternate gas supplies or more domestic energy production.