World Bank, IMF racing to get aid to Ukraine in coming weeks, months 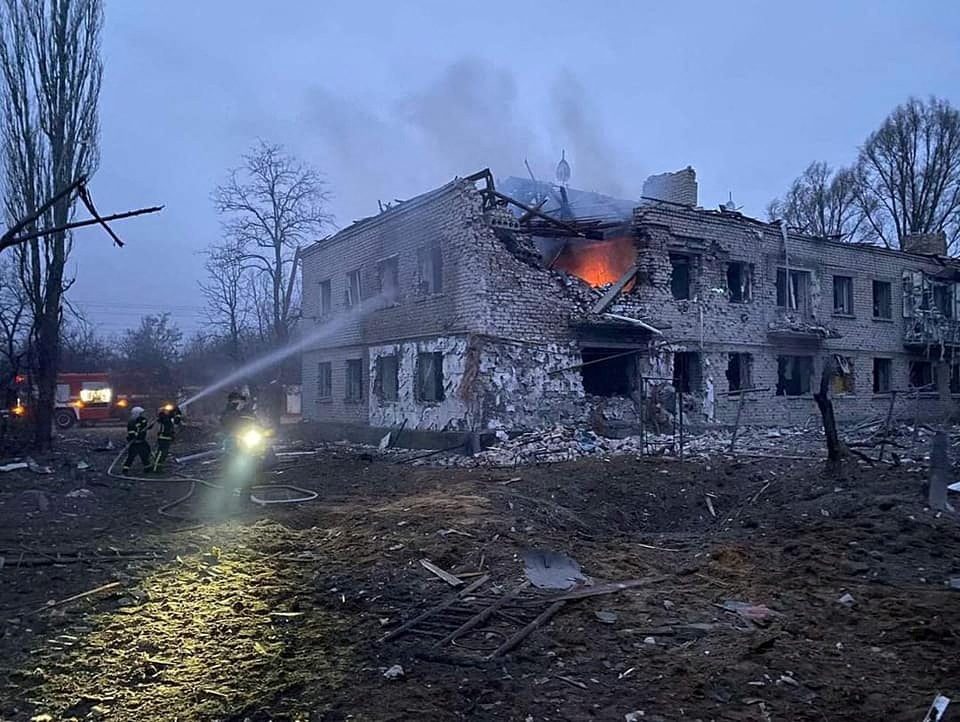 DESTRUCTION. A view shows a destroyed building after shelling in the town of Starobilsk in the Luhansk region, Ukraine, in this handout picture released February 25, 2022.

Facebook Twitter Copy URL
Copied
'We stand with the Ukrainian people through these horrifying developments. The war is also creating significant spillovers to other countries,' the heads of the World Bank and the International Monetary Fund say

WASHINGTON, USA – The International Monetary Fund (IMF) and World Bank on Tuesday, March 1, said they were racing to provide billions of dollars of additional funding to Ukraine in coming weeks and months, adding the war there is creating “significant spillovers” to other countries.

IMF chief Kristalina Georgieva and World Bank President David Malpass said the war was driving commodity prices higher, which risked further fueling inflation, and disruptions in financial markets would continue to worsen should the conflict persist. Sanctions imposed by the United States, Europe, and other allies would also have a significant economic impact.

The leaders said they were deeply shocked and saddened by the war, but did not explicitly mention Russia, which is a shareholder in both institutions. Russia began a full-scale invasion of Ukraine on Thursday, February 24, and its armed forces are bombarding Ukrainian urban areas.

“People are being killed, injured, and forced to flee, and massive damage is caused to the country’s physical infrastructure,” Georgieva and Malpass said in a joint statement. “We stand with the Ukrainian people through these horrifying developments. The war is also creating significant spillovers to other countries.”

The IMF and the World Bank were urgently increasing financing and policy support for Ukraine, and had been in daily contact with the authorities on crisis measures, they said.

The IMF board could consider Ukraine’s request for emergency financing through the Rapid Financing Instrument as early as next week, they said. An additional $2.2 billion was available before the end of June under its stand-by arrangement.

The World Bank is also preparing a $3-billion package of support in the coming months, they said. That funding would start with a fast-disbursing budget injection of at least $350 million that the bank’s board will consider this week, followed by $200 million for health and education programs.

The two institutions said they were also assessing the economic and financial impact of the war and refugees on other countries in the region and the world. They said they stood ready to provide enhanced policy, technical, and financial support to Ukraine’s neighbors as needed. More than 660,000 people have fled Ukraine to countries such as Poland, Romania, and Hungary since the invasion began, the United Nations refugee agency said.

“Coordinated international action will be crucial to mitigate risks and navigate the treacherous period ahead,” the institutions said. – Rappler.com