Read a full recap of this episode here. 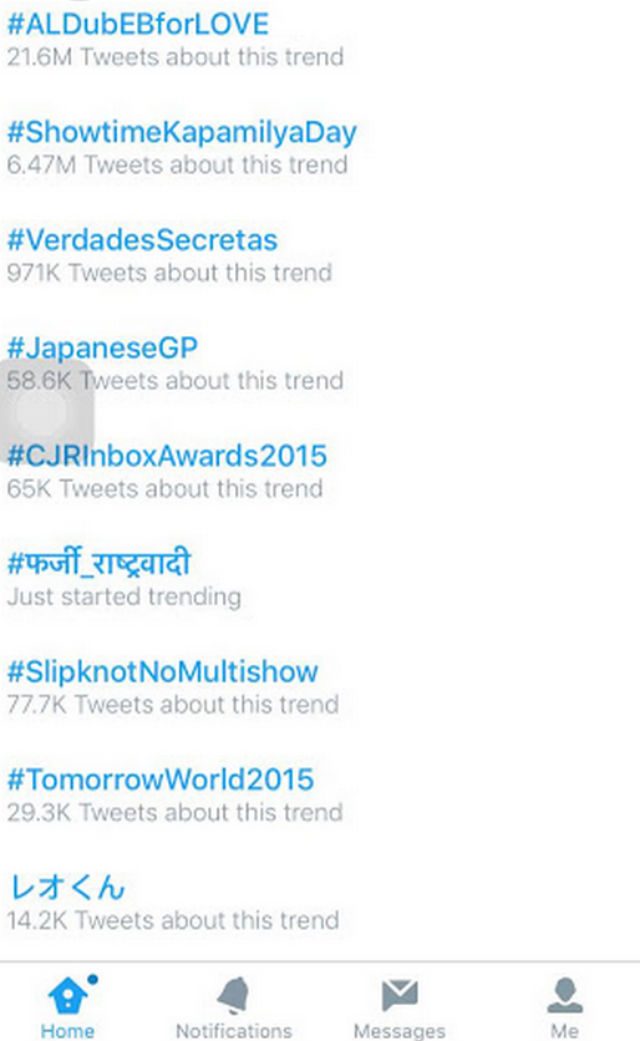 Even before the show began, tweets reached around 13 million earlier in the day.

Joey de Leon posted this message after hearing the news.

To those who are INVOLVED and IN LOVE with with Kalyeserye, congratulations, all my best wishes and thank you so much! #ALDubEBforLOVE

I thought 20M was impossible (< 15 hrs pa yun ha) but you fans showed us, time and again, that nothing ever is. #BENTENatayo #ALDubEBforLOVE

Maine and Alden posted their reactions after receiving the news. Both said they were overwhelmed by the support.

After their much anticipated first date last September 19, Alden Richards and Yaya Dub aka Maine Mendoza finally saw each other but were inches apart, when Lola Nidora allowed Alden to go to her mansion to court her. But as always, there was a cliffhanger. After Alden said goodbye, Lola Nidora was heard screaming his name. What could be the reason?