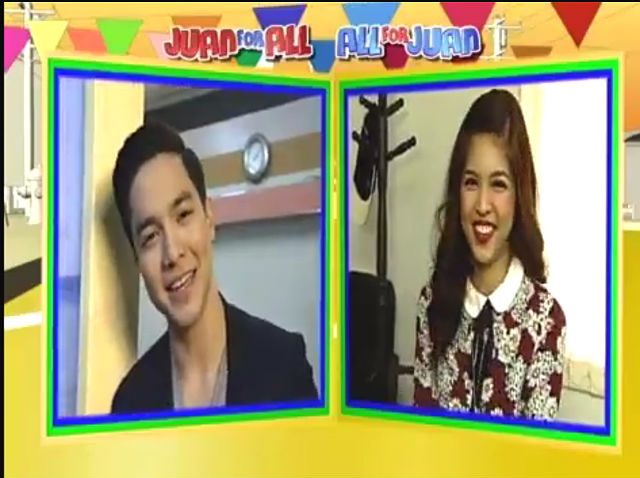 According to a report from the CBCP website, the two co-hosts will be awarded at the 4th Catholic Social Media Summit (CSMSv4) in Sta. Rosa, Laguna on October 10 to 11. Wally Bayola, who plays Lola Nidora in the kalyeserye and TAPE Productions, the company the produces Eat Bulaga will also be given special recognition. Only Maine and Wally will be able to attend the event. (Maine ‘Yaya Dub’ Mendoza on Alden Richards, newfound fame)

In the same report, Mon Bandril who is part of the organizing committee said that Alden and Maine wiil receive the award was because of what Eat Bulaga is now showing such as the Christian values that people tend to forget from the past.

“This is the kind [of show] that we don’t see on TV anymore,” he said.

The AlDub tandem became popular back in July when Maine “Yaya Dub” Mendoza met Alden during the “Juan For All, All for Juan” segment. In the kalyeserye, the characters are in love, but Lola Nidora, played by Wally is initially against the relationship. (READ: #AlDub: The fun tandem of Alden Richards and ‘Yaya Dub’)

Last Saturday October 3, Yaya and Alden met once again at the Eat Bulaga studio. It was also announced that the two will trade places, with Yaya staying at the studio and Alden going with Nidora and sisters Tidora and Tinidora during the sugod bahay segment. – Rappler.com

Editor’s Note: An earlier version of this story said the award was from the Catholic Bishops Conference of the Philippines. The award is from the Catholic Social Media Awards, established by the Youth Pinoy and Areopagus Communications Inc. This has been corrected. We apologize for the error.