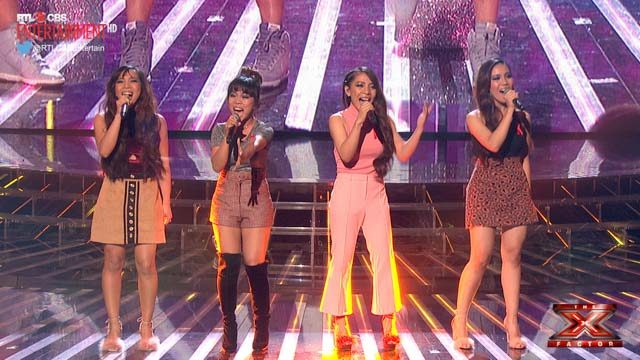 Facebook Twitter Copy URL
Copied
Two of four judges vote to keep 4th Impact on the show, but ultimately, 4th Impact is eliminated while Lauren Murray advances to the top 4

The act with the fewest votes and leaving the competition tonight is… @4thImpactMusic #XFactor pic.twitter.com/DiC8ZNXwIf

The group was in the bottom two with Lauren Murray during the announcement for the top 4. Before the announcement, the girls performed “And I Am Telling You I’m Not Going.”

When it was announced that there was a tie between the girls and Lauren Murray for the elimination, the judges also voted, with Simon Cowell and Cheryl Versini-Fernandez wanting the girls to stay and Nick Grimshaw and Rita Ora voting for Lauren to stay.

The decision reverted back to the hands of the public – and it was later announced that the journey was over for 4th Impact. (WATCH: PH group 4th Impact performs ‘I’ll Be There’ on X Factor UK) 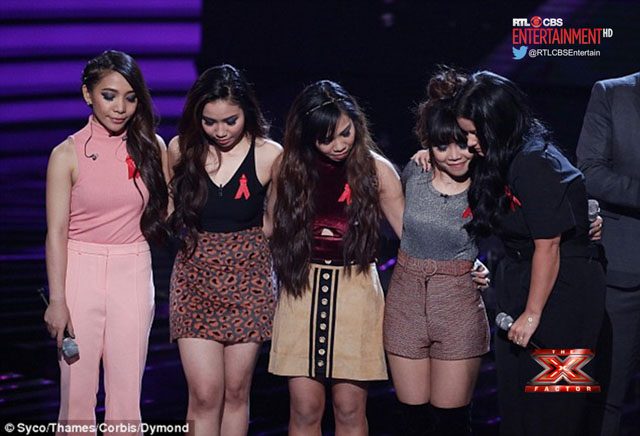 At their last performance, the judges praised the girls for their renditions of Jackson 5’s “I’ll Be There,” and their mash-up of Gwen Stefani and Eve’s “Rich Girl” and Iggy Azalea and Charli XCX’s “Fancy.”

“Girls, you entertain us week after week,” said judge Nick Grimshaw after “I’ll Be There.” “But it was great to see a different side of you and get you to do an emotional song. That high note, I mean, there will be dolphins arriving at Wembley. It was great to hear you all individually.”

Rita Ora commented “What I loved the most about that performance is the relationship you have with the record, it is like Jackson 5. Only people who have a connection with each other can sing a record like that and do it justice.”

After the “Rich Girl” and “Fancy” mash-up, both Simon and Cheryl were on their feet. Simon said that he was glad to finally see personalities of the girls on stage. He said the performance was fun, cute and current. Rita said that although she was not a fan of the styling, she couldn’t deny the girls’ vocal prowess.

Nick said that it was super entertaining and that he couldn’t wait to see the girls on tour.

Good sports, the ladies thanked British fans for their support and for giving them a chance to perform for the audience.

Meanwhile after the sing-offs, it was reported that Celina collapsed and needed medical attention.

The group posted an update on her condition.

Thanks to all who voted for us why we reach this far.Celina is ok now thanks for your prayers and love- love u guys.Lets keep believing

Celina previously also fainted in a previous November 14 episode. She later joined her sisters to sing Beyonce’s “Work It Out,” knocking it out of the park.

Cheryl also took to Twitter to thank the girls.

.@4thImpactMusic Thank you for being the most gracious,humble & special little souls I have ever had the pleasure of working with  love you

Thank you so much to everyone who voted and supported @4thImpactMusic this far! They have had an incredibly ride  & are so thankful!

Although Rita Ora voted for Lauren to stay, she also took to Twitter to comment on 4th Impact.

I wish you all the success in the world @4thImpactMusic

What do you think of 4th Impact being eliminated from the show? Let us know in the comments section. – Rappler.com