IN PHOTOS: Stars at the MTV Video Music Awards 2017 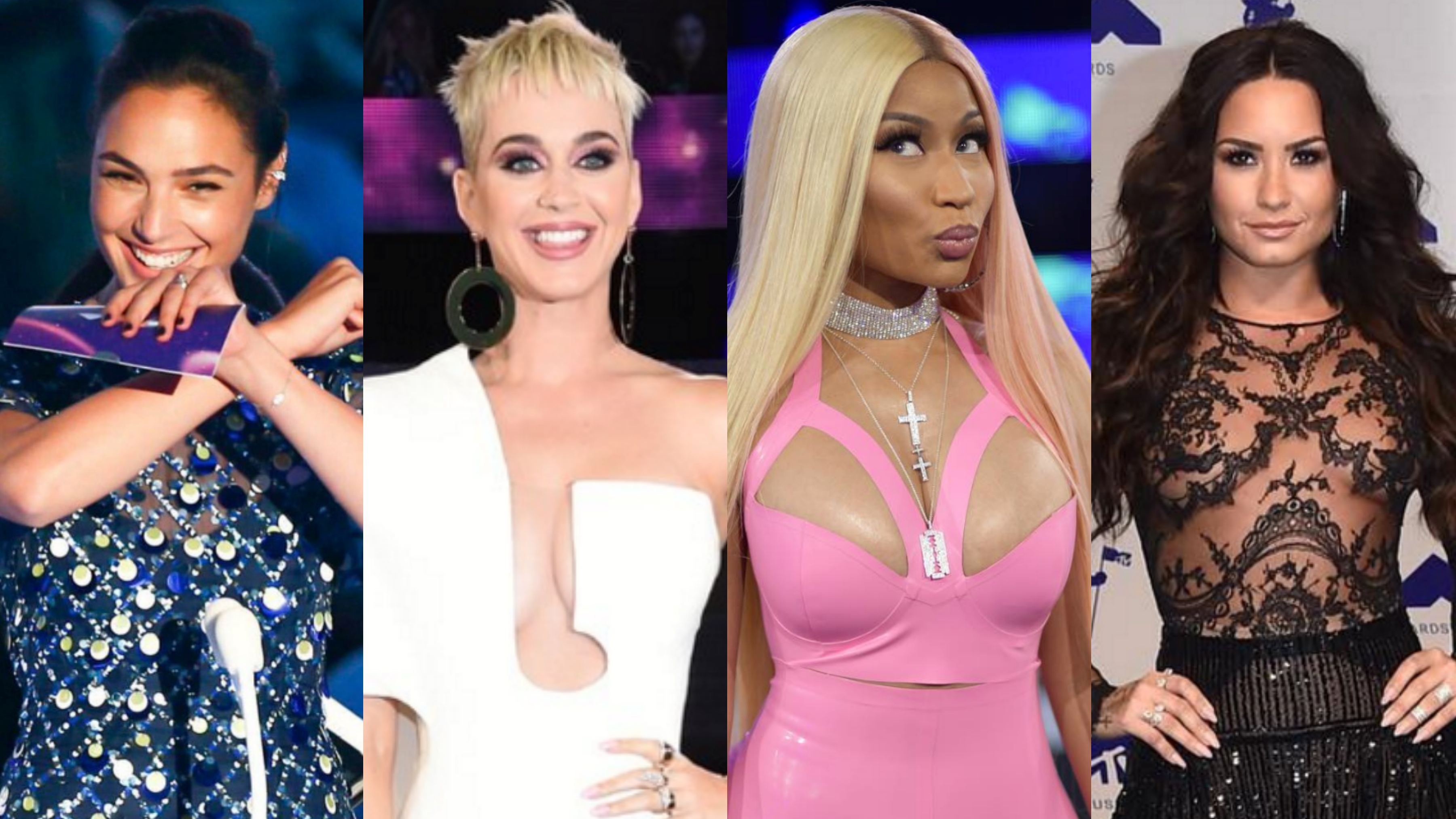 Sunday night’s gala in Los Angeles did not produce one of those “wow” moments, but a few stars gave it their all on the red carpet – or the blue carpet, in this case.  (WATCH: Jared Leto pays tribute to Chester Bennington, Chris Cornell at MTV VMAs 2017

Host Katy Perry rocked a number of looks, from her sculptural, low-cut white one-shoulder gown with a chic train by Stephane Rolland to her grand entrance on stage in MTV’s iconic “Moonman” costume.

.@katyperry ready to take over the #VMAs stage  pic.twitter.com/n5Jmdiqwd5

At one point in the show, she came out with a doll in a baby carrier – a nod to the many stars from Pink to DJ Khaled who attended the ceremony with their children.

She finished the show by performing her hit single “Swish Swish” in a short white dress embellished with a sparkling basketball at her waist.

Rapper Nicki Minaj – who has rocked the VMAs red carpet over the years in everything from a space-age purple jumpsuit to a sexy navy blue gown with tons of cutouts and mesh – did not disappoint this year, showing up in a pink latex jumpsuit.

The ensemble showcased her ample curves – and she died her hair pink to match.

Tons of bling – diamonds, if you please – finished off the look.

Paris Jackson, the daughter of late “King of Pop” Michael Jackson who presented an award, chose a beige Christian Dior dress with a see-through embroidered tulle skirt and hot pants underneath.

thank you @mtv for inviting me to present at the @vmas tonight, and giving me a moment on stage to use my platform for something that matters very much to me. i'm sorry for switching the script up on you guys, but i had to listen to my heart.

YES DEMI. Round of applause (and a minute of casual crying/hyperventilating/screaming) for my girl @ddlovato's #VMA performance

On the other end of the sartorial spectrum, New Zealand songstress Lorde went for the princess look with an ethereal strapless lilac Monique Lhuillier gown that tumbled to the floor in a trail of feathers.

And Kesha, whose first album in five years came out this month, floated on stage in a gauzy pale pink gown with layers of tulle cascading to the floor.

@iiswhoiis is BACK #VMAs

Kesha did not perform on Sunday, but presented an award, and made an impassioned speech about suicide prevention – one of the many social issues tackled during the gala.

The final award of the night for Video of the Year, which went to rapper Kendrick Lamar, was presented by none other than Gal Gadot, the star of one of the summer’s biggest hit movies, Wonder Woman.

And the Israeli actress looked every bit the warrior princess – a ladylike one – in a midnight blue Prabal Gurung cocktail dress with delicate, sparkling paillettes and just the right amount of see-through detailing.

It was an honor to present the Video of the Year award tonight at the @vmas ! Congrats to @kendricklamar and all the other nominees. #vmas pic.twitter.com/vXV8JTQ2Nv

A #beautywithsubstance, @GalGadot has been a #PGMuse for quite some time. It is a dream to see her in our dress. #femininitywithabite #VMAs pic.twitter.com/9otaVk04Hl