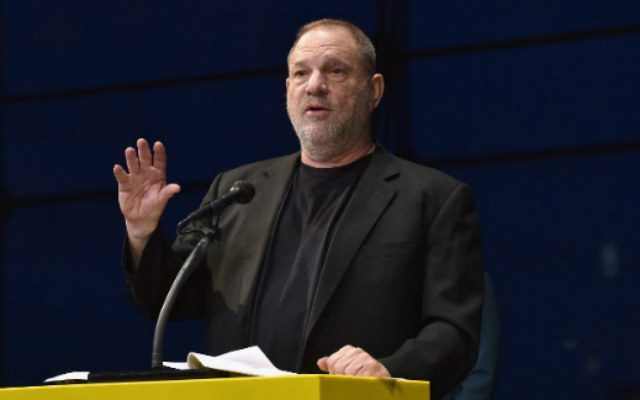 Facebook Twitter Copy URL
Copied
The Producers Guild of America make the announcement, saying they will not tolerate sexual harassment within the ranks

New accusations of sexual assault have continued to pour in since investigations in the New York Times and New Yorker 3 weeks ago exposed the tycoon as a relentless, bullying sexual predator.  (READ: Hollywood mogul Harvey Weinstein apologizes after sexual harassment claims)

More than 50 women including stars Gwyneth Paltrow, Angelina Jolie and Mira Sorvino have accused 65-year-old Weinstein of sexual abuse and harassment, although he denies forcing himself on anyone. (READ: Filipino-Italian model among Harvey Weinstein’s victims)

“In light of Mr. Weinstein’s widely reported behavior – with new reports continuing to surface even now – the Producers Guild’s national board has voted unanimously to enact a lifetime ban on Mr. Weinstein, permanently barring him from PGA membership,” the guild said in a statement.

“This unprecedented step is a reflection of the seriousness with which the guild regards the numerous reports of Mr. Weinstein’s decades of reprehensible conduct. Sexual harassment can no longer be tolerated in our industry or within the ranks of Producers Guild membership.”

The announcement came as accusations of serious sexual assault continued to pile up against Weinstein, whose films have received more than 300 Oscar nominations and 81 statuettes.

Hope Exiner d’Amore has accused Weinstein of raping her in a hotel room in the 1970s, according to a Times article published Monday, while Cynthia Burr said he attacked her in an encounter that ended with forced oral sex in a hallway.

On Saturday the New Yorker ran an interview in which actress Annabella Sciorra – an Emmy nominee for her role in the acclaimed television series The Sopranos – accused Weinstein of forcing his way into her apartment and violently raping her in the 1990s.

Last week, according to the Times, the actress Dominique Huett filed a lawsuit claiming that in 2010, Weinstein forcibly performed oral sex on her, while Mimi Haleyi, a former production assistant, told a news conference in New York he had attacked her in 2006.

Police in New York, Los Angeles and London have all confirmed criminal investigations into Weinstein’s activities.

The toppled tycoon was sacked as co-chairman of The Weinstein Company and also resigned from its board. – Rappler.com