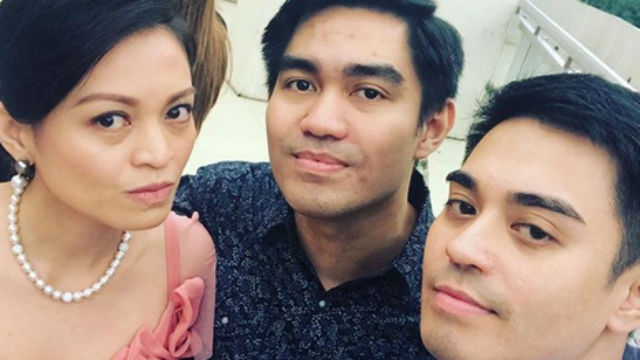 MANILA, Philippines – Nicko and Jesus Falcis’ sister Charlene has spoken up amid the ongoing social media word war and legal battle between her brothers and actress and host Kris Aquino.

In a statement posted on Facebook dated January 27, Charlene took a swipe at Kris, claiming she was looking better after posting a series of photos and videos of her attending a wedding and even decluttering her stuff.

(You became a godmother to the child of Fortun. You decluttered your stuff. You even greeted your mother on her birthday, saying you are trying to be the best mom that you can be. You should be a better person.)

She also called the TV host and online media entrepreneur out, calling on her to admit that her brother never stole anything.

In another post dated January 31, Charlene once again called Kris out, this time blasting her for going on “showbiz mode.”

“You’re back to your normal self. Where is the suffering disease-stricken mother persecuting my brothers? It pains me to see you in your show biz mode again while my mom suffers everyday thinking about the BASELESS CASES you filed against Nicko.

“Someday, all this pain you are inflicting to me and my family, will come back to you a hundredfold.”

Meanwhile, reached by entertainment website Pep for a comment, Kris’ lawyer Ricky dela Cruz said that refused to engage in trial by publicity, saying that the Falcis siblings “want to litigate the cases filed against them thru social media.“

(We filed a case. Let them answer it in the court. Litigation happens there.)

He added that it’s best to wait for a court decision to know which camp is telling the truth. – Rappler.com