Feb 6, 2019 2:18 PM PHT
Agence France-Presse
Facebook Twitter Copy URL
Copied
'Today for me is a celebration of something that my dad taught me and that is to thine own self be true,' says Pink 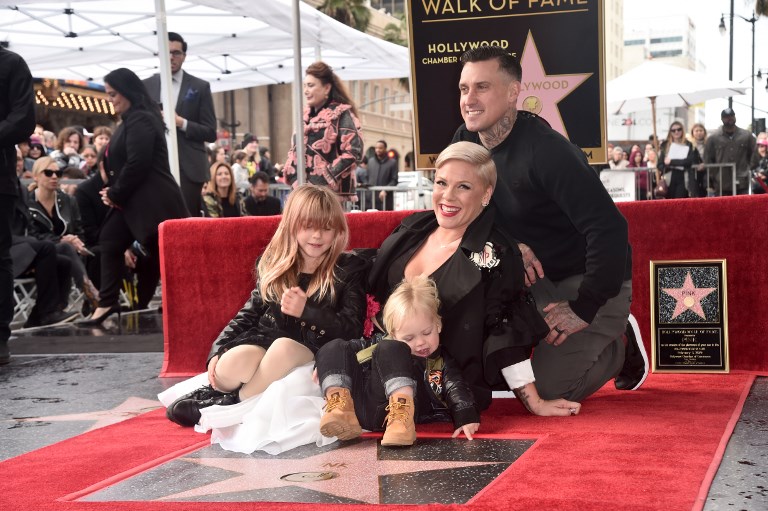 LOS ANGELES, USA –  Pop singer Pink was honored on Tuesday, February 5, with a star on the Hollywood Walk of Fame, telling fans gathered for the event that it was “surreal” to receive the award.

“I feel like I’m dreaming and if anyone pinches me, I’m gonna punch them in the left eyebrow,” the Grammy-nominated singer said at the ceremony, surrounded by her husband and two children.

“I feel like a lot of people probably only thought I would make it to the walk of shame, but here I am,” the 39-year-old singer-songwriter added.

Pink, whose real name is Alecia Moore, reflected on her beginnings in the music industry, paying tribute to her father who, she said, encouraged her to pursue her dreams.

“Today for me is a celebration of something that my dad taught me and that is  –
to thine own self be true,” she said.

Pink has received 20 Grammy nominations and 3 wins over her career. On Sunday, she will be vying for another Grammy for best pop vocal album for Beautiful Trauma.

Since her debut in 2000, she has released 7 studio albums and has sold more than 50 million records.

Ellen DeGeneres, who spoke at Tuesday’s ceremony and who uses a Pink song for her daytime talk show, described the singer as “a badass rock star” and a person who has remained true to herself. 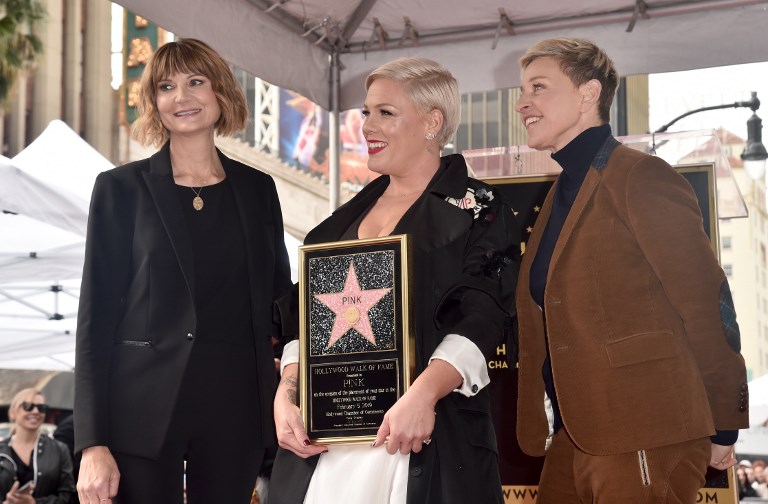 “Even though she is a huge international star, she is the most normal grounded person that you will ever meet,” DeGeneres said.

Pink got her start in the music business as a member of the girl group Choice and her career took off after that.

She released her first solo album Can’t Take Me Home in 2000, with the record certified double-platinum in the United States.

She received her first Grammy in 2002 for “Lady Marmalade,” which was the soundtrack for the film Moulin Rouge.

Her two other Grammys were for best female rock vocal performance for “Trouble” in 2004 and in 2011 she shared the award for best pop collaboration with vocals for the song “Imagine.” – Rappler.com