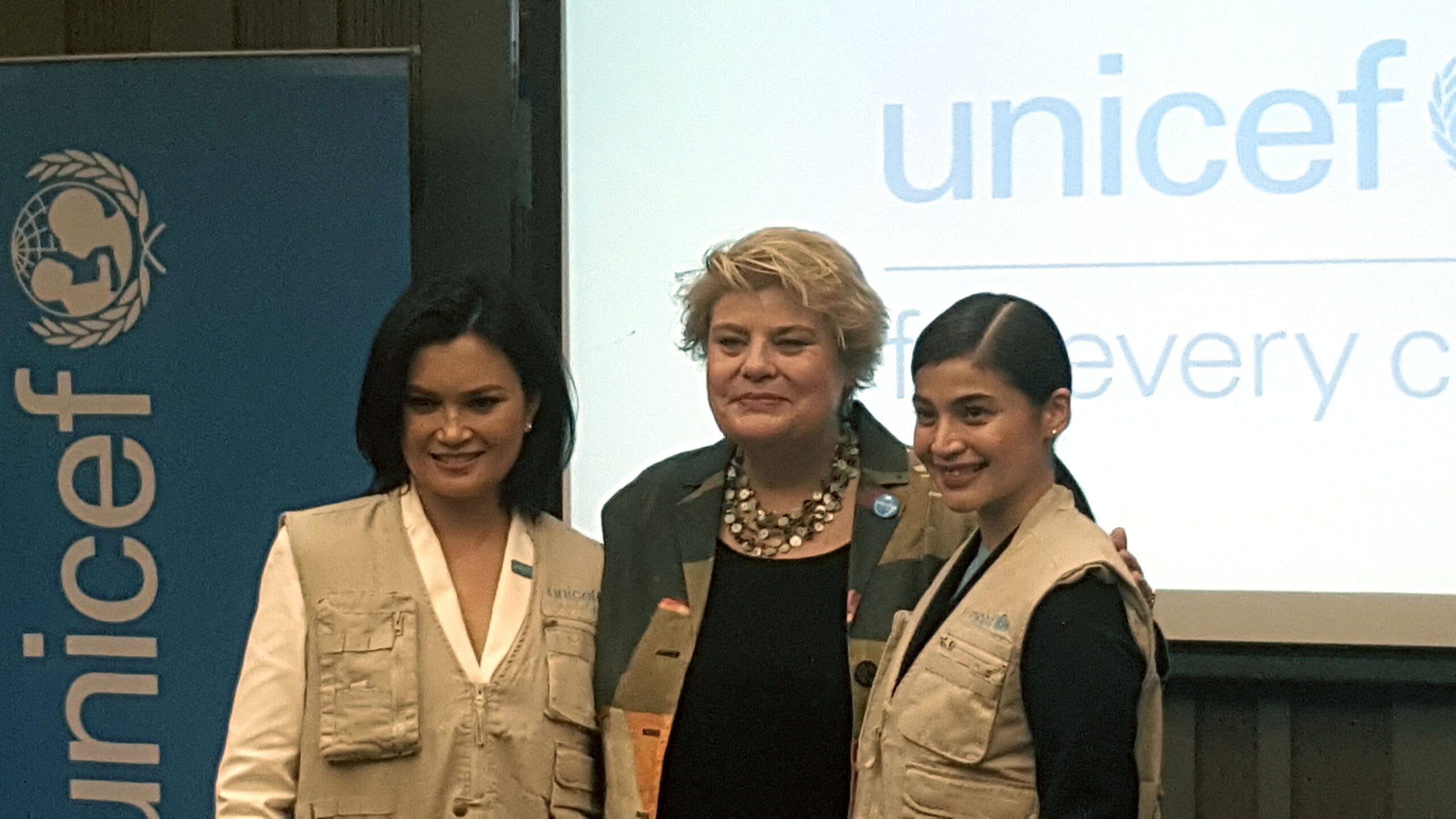 MANILA, Philippines – Actress Anne Curtis and TV personality Daphne Oseña-Paez called on existing law on children in conflict with the law (CICLs) to be properly implemented instead, as Philippine Congress moves forward with plans to lower the minimum age of criminal responsibility from 12 to 15-years-old.

The two made the statements during a United Nations International Children’s Emergency Fund (UNICEF) event on Thursday, February 7 where the two were formally announced as the national goodwill ambassadors.

Last January 28, the House approved the final measure on final reading. The Senate is expected to pass a similar measure.

In her speech, Anne became emotional as she spoke about her involvement in the organization and moves to lower the minimum criminal age of responsibility. In an earlier tweet, she had expressed her concern.

Nakakalungkot isipan na ibaba nila ang criminal responsibility to the age of 9. At that age, they are still very much children. They still have a chance to change their ways if they happen to cause or get into any trouble instead of being sent to jail & sentenced as an adult. https://t.co/H9to9QHyjD

“After having worked with young children, this year, I’m determined to work more with those on their way to adulthood, ” she said.

“As you may know, I’ve been speaking about the debate on the lowering of age on criminal responsibility. I was alarmed by this issue and that’s what prompted me to speak from my heart out of genuine concern for the children.”

“And in my discussions with UNICEF, I’ve learned that if the current laws are to be fully implemented, there would be no real need to lower the age. But I also feel that with children, I believe that you can’t just focus on one issue. There is still so much that should be done.”

Anne said that instead of short term results, she said that the issue should be looked at different angles to solve the problem.

Daphne said that even before the issue, she’d been on ground to check on projects and issues involving children, including violence against them and trouble with the law.

“I just saw them as young people and they were exposed to love, programs that helped them get back in the right path. And I also realized, this is something you read on briefing notes, but when you see on field, that a child’s brain doesn’t fully mature until 15. I mean that’s already backed by science.”

“So I think in keeping with what UNICEF is advocating, a restorative justice for young people and keeping the current law at 15 and not to lower it, in fact make the current law work. Because it works, it’s a good law. It just hasn’t even been fully implemented. So give it a chance,” Daphne said.

As national goodwill ambassadors, both Daphne and Anne will continue to work on their respective projects for UNICEF. Daphne, who has been a breastfeeding advocate with the organization, will continue to be involved in projects related to maternal health care, primary education, nutrition, and child protection. She has been doing Auction for Action, an art auction that features works of artists in design, furniture, and jewelry. Proceeds go to UNICEF.

Anne has been involved in special projects including fund raising through international marathons. She’s also donated proceeds from the book Anita the Duckling Diva, which was launched in 2016. – Rappler.com