How does the Fab Five stay so positive? ‘Don’t burn the candle at both ends’ 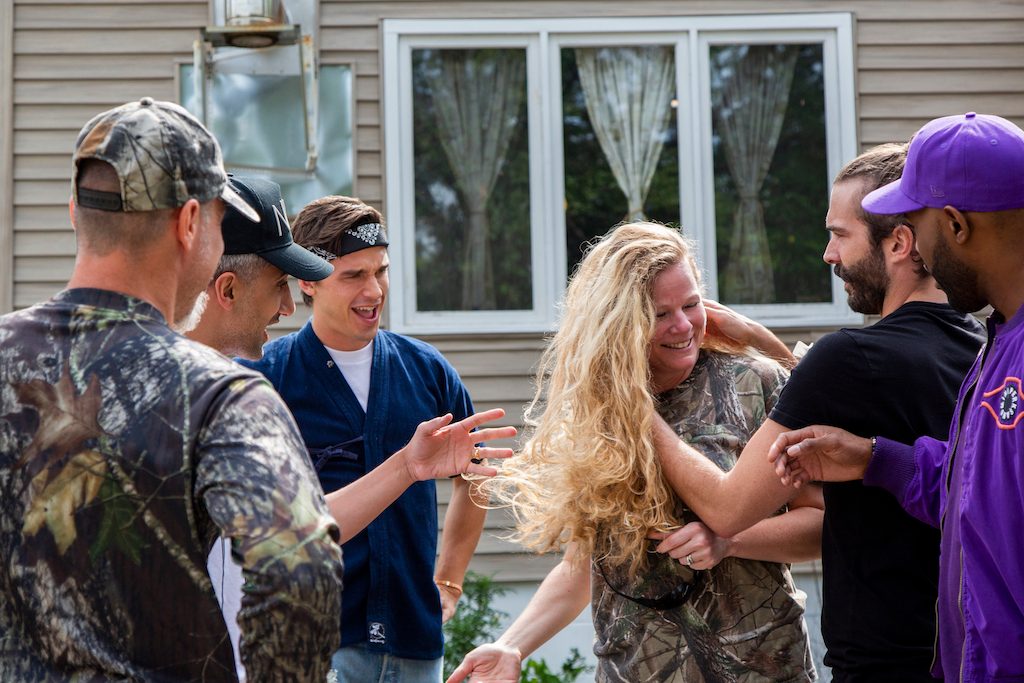 Facebook Twitter Copy URL
Copied
In ‘Queer Eye’ season 3, the boys still have so much love to give, one wonders where it all comes from

MANILA, Philippines – Queer Eye – the feel-good show about 5 gay men giving people much-needed makeovers in all aspects of their lives – returned with its third season on March 15.

Antoni Porowski (food), Tan France (fashion), Jonathan Van Ness (grooming), Bobby Berk (design), and Karamo Brown (culture) all came back for the third season and worked their magic on people – they call them heroes – this time in Kansas City.

Just like the first two seasons, it was filled with laughter, tears, and some truly jaw-dropping transformations that tend to leave viewers with an urge to rearrange their furniture, slap on a face mask, prep a green-filled dish, French tuck their shirt in, and look at themselves in the mirror whilst uttering self-affirmations.

Indeed, the hit show’s third season remains at its core to be unabashedly cheesy, and so feel-good it’s impossible to watch just one episode at a time.

This season, they worked with people who had particularly heavy backstories: an orphan who had been rejected by her adoptive family after she came out as lesbian, a widower who is just getting his life back in order after his wife died, a woman who stopped feeling beautiful after she lost her brother in a car accident. Pretty much all the makeover recipients this season seemed to be contending with their own deep-seated traumas and issues.

There was a lot of loss, and a lot of pain – and yet through it all, the Fab Five managed to keep the energy high and keep the love flowing – a truly impressive feat, especially after seeing them transform so many people in such short periods of time.

So how do they do it? Jonathan echoed what they had all been preaching in some way or another throughout the season: self-care is important, because it makes you strong enough to care for others.

“How do you stay so positive? I don’t know. I think I sleep a lot,” he told Philippine media during a roundtable interview over the phone on March 23.

“I try not to burn my candle at both ends so that I can show up for the work in my life and the people in my life,” he said.

Self-care comes up so much throughout the season, but just before the concept of it gets worn out, a fully-transformed hero debuts their new look with noticeably bigger smiles, making viewers realize that it’s a concept that really needs to be taken seriously.

“I think the biggest misonception about self-care is that by spending your time on self-care, you’re taking away your time from others, like helping yourself is somehow selfish when in reality I think that when we help ourselves we are able to better serve and be more there for those in our lives,” Jonathan said. 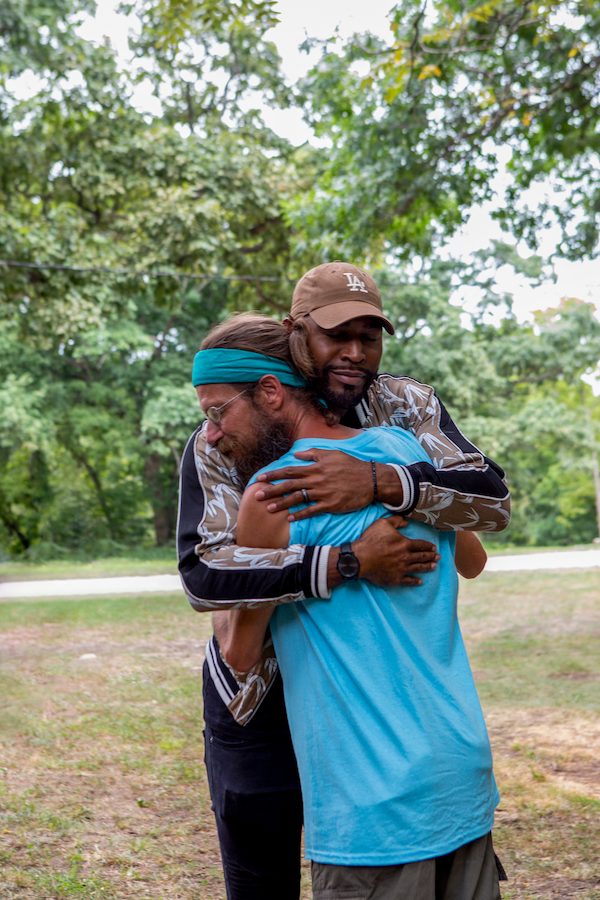 As it turns out, taking time for oneself even extends to the Fab Five’s relationship with each other – which is why they’ve remained so close through the seasons.

When asked how they spend so much time together and not get sick of each other, Tan joked, “Oh this is why we’re having to do this phone call. I can’t stand to be in the same room with Antoni anymore.” (Jonathan, Tan, and Antoni all phoned into the roundtable interview separately)

But really, Jonathan said, they’ve stayed so close because they take care of themselves and keep busy on different things aside from filimg.

“We spend time together outside of filming but we all are really pretty busy and I think all of us take pretty good care of ourselves. I mean Tan and I are definitely, yeah and Antoni, we’re all asleep by like 10 o clock at the absolute latest,” he shared.

Tan added that they make sure to do the things they used to do before the show.

“We do spend a lot of time together when we work together, but we’re also separable. Just because we work together all day and we’ve gotten to know each other pretty well, we don’t see each other constantly out of work because that would probably be insane,” he said.

Jonathan, Antoni, and Tan also talked about the new season, including their newest cast member, a French bulldog named Bruley, who in the episodes joins the Fab Five in their loft as they watch their heroes prepare for the big events.

As it turns out, not everyone was wild about Bruley initially – and Tan even fought against the idea of having him. “I don’t like dogs. Just so we’re clear, I fought against it and I lost,” he said.

Surprisingly it wasn’t Jonathan’s idea to have Bruley onboard either: “I actually voted for like 25 cats and we didn’t get that.”

“We actually had one of our producers on the show come to Kansas City with her dog and the dog was on set and I dont think it was a preplanned thing but they just decided to have a dog with us,” Antoni shared.

“Jonathan is getting really emotional because he misses Bruley so much,” he added, as Jonathan cooed in the background.

“[His favorite is] Bobby cos Bobby feeds him all the time,” Tan said.

Aside from the presence of Bruley, another thing some viewers noticed about the new season was how the conversations this time were more personal, and centered on the heroes’ own journeys – and that the discussions of social issues, which were prevalent in the first two seasons, were more subdued this time around.

On Antoni’s end, he said that if that was the case, it was more because he had gotten more comfortable opening up about personal issues on the show – not because they had been trying to avoid talking about social issues

“Sometimes [social issues] make it, sometimes they don’t, but at the end of the day, it really is about the personal stories of the heroes and helping them with their own lives,” he said.

“If that comes up it’s always lovely, it’s always an opportunity, but I don’t think we go in with a mission. I can’t speak for all of us, but at least for me, I don’t go in with a mission of wanting to bring out a certain social issue,” Antoni added, making an example of how Tan discussed the issue of gun control with the hero in the first episode of the show. Tan shared that they do keep in touch with their heroes as best as they can even after the season is over.

“Not everyone still needs our support, but the ones who do, they reach out,” Tan said. “It’s not so regular anymore, our lives are insanely busy, but when they do reach out, we try and help them all we can.”

“Thankfully, we do all we can in that week that we spend with them that after we leave, they’re pretty much set. And that week we encourage them to use the community around them, the resources around them to continue on with their development,” he shared.

Antoni added that the producers also keep in touch with the heroes “and every once in a while we’ll get a nice photo of an outfit, or a meal they cooked for their family, or a whole beard that they shaved off that Jonathan beautifully trimmed…”

They shared that they most recently heard from Jess, who they made over in the fifth episode of season 3.

When asked where else they would like to bring the show in the future, the 3 men each had different answers.

“I think that there are a lot of people that need help and not because of their dress sense. There are people who aren’t as open-minded as I’d like them to be and I think they need more exposure to just how beautiful the gay community is,” Tan said.

Like Tan, Antoni also wants to go back to his roots – not in Canada where he was born, but in Poland, where his family is from.

“My family’s all Polish and I was raised with, instilled with a lot of Polish culture and I think what’s going on right now…there’s a lot of issues with the opposition for LGBT education, and people are saying that it’s a threat to Polish culture and it should be blocked whenever possible,” he explained. “It’s kind of a really scary time for a lot of Polish LGBTQIA+ youth, so it would be nice to just go there and show them that we’re not going anywhere,” he said.

“I would say I would like to go to like anywhere, honey Manila, let’s go to Palawan! But can I just go to like the gorgeous beach. But everyone’s so beautiful, we really don’t need to do makeovers. I just want to enjoy the beautiful beach,” he said.

“And Manila’s so beautiful, it’s interesting. Let’s go to Manila and say hi!” he added.

In the meantime though, Filipino fans of the show can catch the boys online. All 8 episodes of the new season are up for viewing on Netflix – and if you don’t already know by now, make sure to prep the tissues. – Rappler.com