Did your favorite ‘Ang Probinsyano’ cast member win in the 2019 midterm elections? 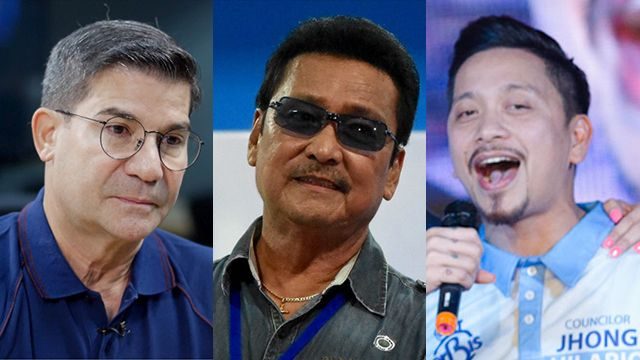 MANILA, Philippines – It’s no doubt that the longest-running TV series on Filipino television Ang Probinsyano remains to be a primetime warrior. With more than 900 episodes (and counting) and its recent appearance on Netflix, the police drama starring Coco Martin remains a top-rater on TV.

But beyond TV, its cast also boasts of presence in the political world. It’s seen many celebrities come and go during its 7-season run, such as actors and politicians Lito Lapid, Edu Manzano, Jhong Hilario, Roderick Paulate, Long Mejia, Rommel Padilla, and Jolo Revilla, who all vied for local and senatorial posts during this year’s elections.

Among this roster, some emerged victorious, while others were not so lucky.

Veteran action star Lito Lapid, a member of the Nationalist People’s Coalition, is now one of the Magic 12, as of May 14, 5pm. (READ: LIST: Celebrities who won, lost in 2019 midterm elections)

The actor, who played rebel group leader Romulo “Leon” Dumaguit in Ang Probinsyano, is well within the “magic 12” as of the latest partial and unofficial count. Some have attributed his senatorial success to the show’s popularity.

However, actor Edu Manzano, who played President Cabrera on the show, failed to beat his opponent Ronaldo Zamora for the position of San Juan congressman. The loss comes after Edu was forced by COMELEC to cancel his certificate of candidacy (COC), saying that he was “not a Filipino” when he filed for candidacy in 2018.

Host and comedian Roderick Paulate, on the other hand, was unsuccessful in his bid for Quezon City vice mayor, losing to Gian Sotto. He played Mayor Adonis Dimagiba in the show.

Last but not the least, actor Jolo Revilla, son of senatorial candidate Ramon “Bong” Revilla Jr, was unopposed in the vice gubernatorial race for Cavite.

Ang Probinsyano stars Coco Martin as Cardo Dalisay. Coco himself has been quite active in the 2019 elections. He campaigned for reelectionist senator Grace Poe and endorsed, along with actress Yassi Pressman, the Ang Probinsyano party-list group, which says it wants to help address poverty in the provinces.

As of 6:18 PM on May 14, the Ang Probinsyano party-list is poised to take at least 1 seat in Congress. – Rappler.com