Meet the leads of the upcoming series ‘Gaya sa Pelikula’ 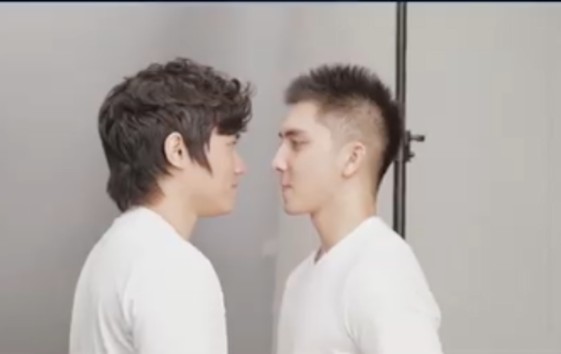 Paolo will play Karl while Ian will play Vlad. The series will be directed by JP Habac.

"It wasn't a single night that started us."

Gaya sa Pelikula follows Karl and Vlad and – in true romcom fashion – how their relationship blossoms. The script for the first 3 episodes of the series is up on Wattpad. The show’s synopsis reads:

Why do people think 18-year-olds are all sure of what they want to do in life?

Karl will be 19 soon and he’s still as unsure as he was in high school. He is taking architecture but he’s not happy with it. His blockmates are nice, but he feels out of place when he’s with them. He’s sure he’s living someone else’s life and his own is still somewhere out there, waiting for him to find it…

A motorcycle stops outside the dorm building. A drunk upperclassman alights the ride, enters the building. It’s way past curfew. Karl is ready to sleep after crying over a movie but the drunk upperclassman is being rowdy at the hallway. Annoyed, he opens the door to take a look at the disturbance.

His name is Vlad. And God, he is beautiful.

The series is the latest BL or “Boys Love” show to debut in the Philippines. In the first half of the year, BL shows surged in popularity, particularly with the success of Thai show 2gether: The series. The Thai show has since been picked up and dubbed in Tagalog by ABS-CBN.