Jul 28, 2014 2:50 PM PHT
Rappler.com
Facebook Twitter Copy URL
Copied
Billy announced that he and Coleen are an item during an episode of 'It’s Showtime' 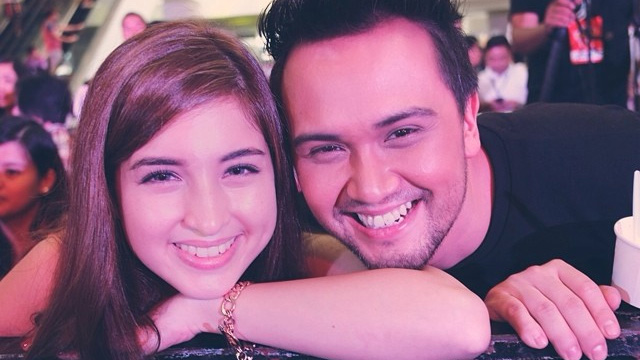 The two, who have been linked to each other since last year, confirmed the news last Thursday, July 24 during the live telecast of It’s Showtime.

Co-host Vice Ganda asked why the two were wearing matching shoes. Coleen told Billy to answer the question, and when the other co-hosts asked if they were already officially together, Billy said yes.

In an interview with The Buzz on Sunday, July 27, Coleen and Billy shared how they officially became an item.

“I think what is important is that we’re both happy and we’re just being ourselves,” Coleen added.

According to Coleen Billy asked her to be his girlfriend when she picked him up from the airport.

(I picked him up from the airport at 4 am, because he just came from the States. He said ‘Can you be my girlfriend?’ I said, ‘Okay,’ but he asked me a few times.)

Coleen said that she decided to enter the relationship since they were already at that point, and that her family’s approval was a big advantage.

“I think that’s what really matters to me also, that’s what I was waiting for. I really want him to get along with my family. Pero the fact na pati ‘yung pamilya namin, they get along, it’s really a big bonus,” she said.

(The fact that our families get along well, it’s really a big bonus.)

Billy on the other hand wants to be the best partner for Coleen.

“She knows exactly what I feel for her. I really also just want to be the best man I can be, learn from my mistakes and be there for her,” he said.

The relationship between the two has been talked about since last year, after Billy broke up with singer-actress Nikki Gil.  Nikki has since moved on and is now going out with a non-showbiz guy. – Rappler.com