WASHINGTON, United States of America – Former American President George W. Bush may not have been America’s most loved President, but the appearance of his “beheaded head” in the hit TV series “Game of Thrones” still caused an uproar among the show’s fans.

The series, well-known for their shocking scenes (and whose much-awaited second season is currently airing on Saturday nights at HBO), has apologized to the former President, saying the scene where a dummy of his head was placed on a stilt was “not a choice, not a political statement.”

The scene is in one of the episodes of season one which aired last year. 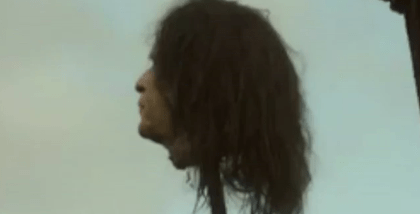 According to a report in NBC Nightly News, Americans find the incident “unacceptable, disrespectful, (in) very bad taste.”

The team behind “Game of Thrones” explain that they rent body parts to use in the movie in bulk. They have promised to remove the scene from future DVD copies that will be released.

They add that nobody from the team noticed it was the former President’s head until after the scene was shot. – Rappler.com