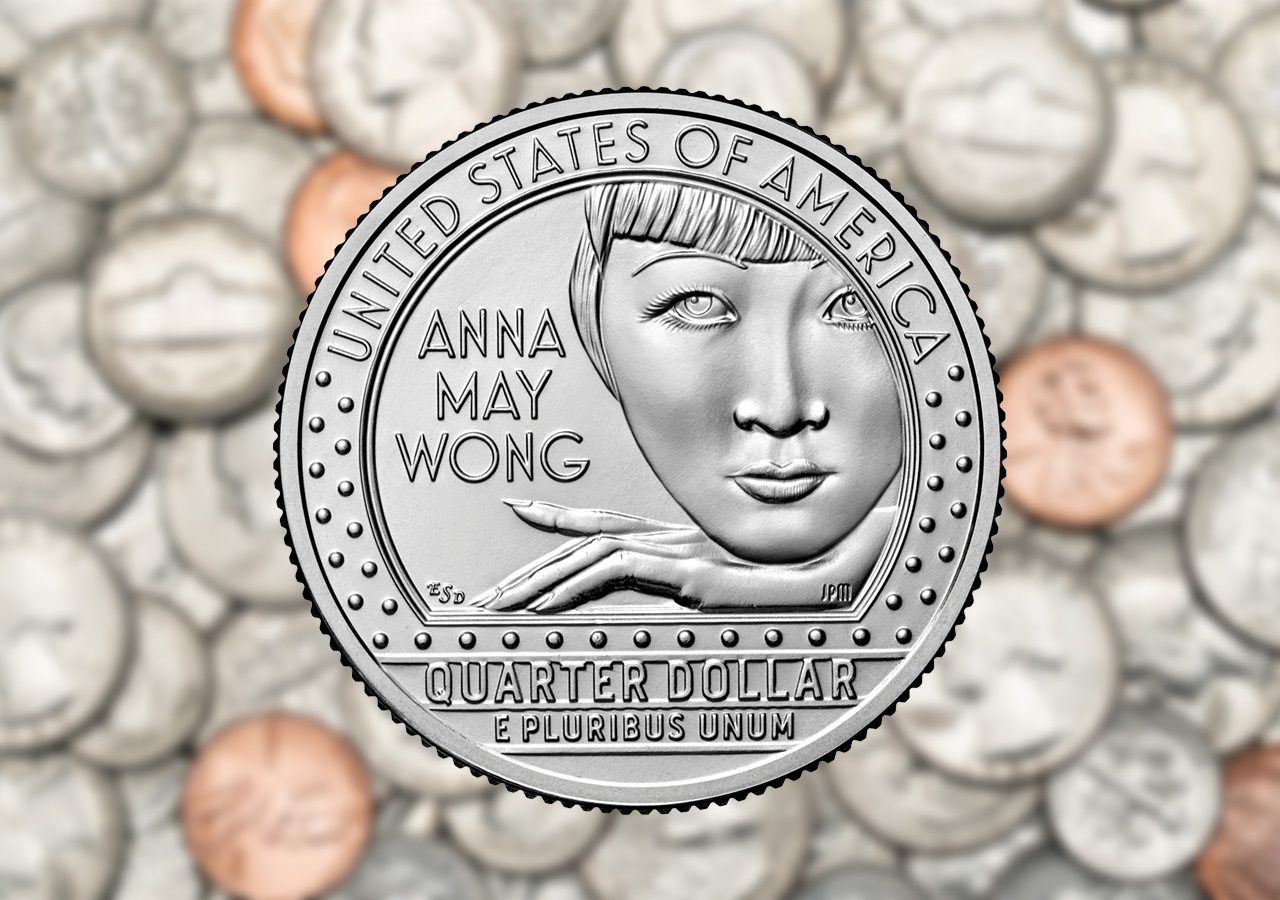 MANILA, Philippines — Hollywood superstar Anna May Wong is set to be printed on US quarters starting October 24 – the first Asian American to appear on US currency.

As part of the American Women Quarters Program, Wong is the fifth woman to be honored following the likes of Maya Angelou, Sally Ride, Wilma Mankiller, and Nina Otero Warren.

“This quarter is designed to reflect the breadth and depth of accomplishments by Anna May Wong, who overcame challenges and obstacles she faced during her lifetime,” US Mint director Ventris Gibson said in a press release.

Gibson praised Wong as a champion for “increased representation and more multi-dimensional roles for Asian American actors.” In her lifetime, the actress was a fierce denouncer of racial discrimination, typecasting, and anti-miscegenation laws that forbade actors of different races from kissing onscreen. These issues held her back from booking roles outside her usual seductress, villainess casting.

Emily Dastra, the coin’s designer, paid tribute to the actress by depicting her name in bold letters with her face resting on the back of her hand. The coin is bordered by dots that represent marquee lights, reminiscent of how actors in the 1920s and ’30s would see their names “framed by lightbulbs on movie theater marquees.”

In her statement, Dastra added, “Along with the hard work, determination, and skill Anna May Wong brought to the profession of acting, I think it was her face and expressive gestures that really captivated movie audiences, so I included these elements next to her name.”

Anna May Wong was a Hollywood star considered to be the first Chinese American actress to gain international fame. She is known for her roles in The Toll of the Sea, Shanghai Express, and Picadilly. – with reports from Andrea Ebdane/Rappler.com