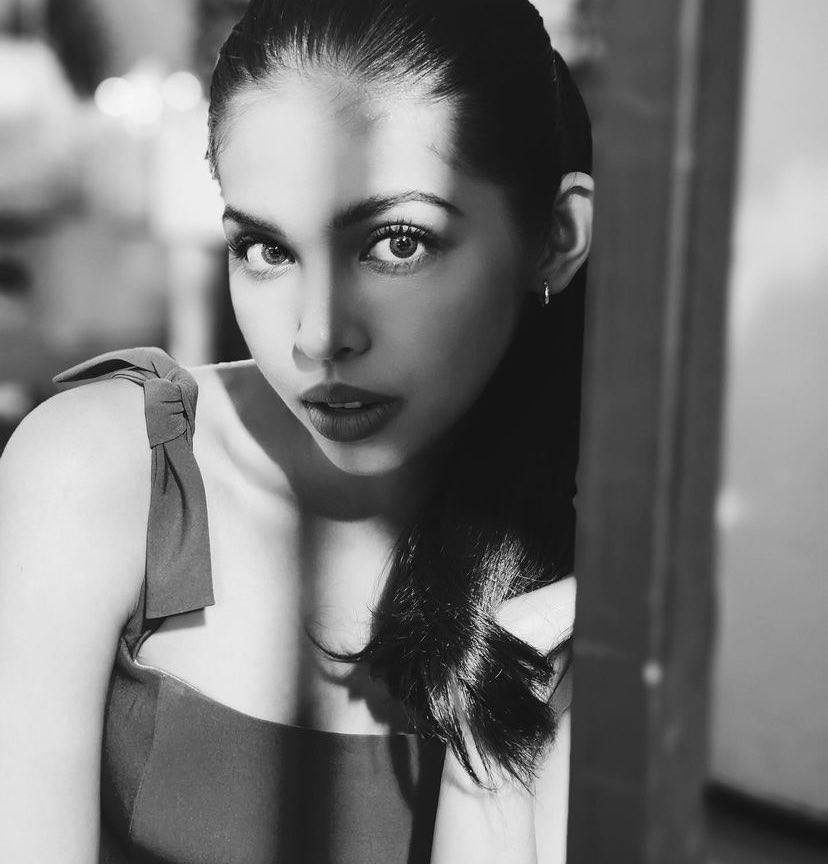 It has been six years since Maine Mendoza entered showbiz. On Sunday, July 4, the Kapuso star took to social media to commemorate the milestone.

(Time flies by so fast. A lot of things happened and I can’t ask for more. Thank you to those who continue to support and love me. I love you.)

There’s no denying that Maine has come a long way from her start as “Yaya Dub.”

Yaya Dub and the AlDub phenomenon

Maine’s journey in showbiz began when she was introduced on Eat Bulaga’s segment “Juan For All, All for Juan” as Yaya Dub on July 4, 2015.

“Yaya Dub” was the yaya (personal assistant) of Wally Bayola’s Lola Nidora. “Dub” was a play on the character’s live dubbing – Maine only spoke through lip syncing in the segment. Prior to her Yaya Dub appearance, Maine was already popular for lip synching songs and popular movie lines on the social media application Dubsmash.

(I wasn’t prepared. I couldn’t dance or sing on cue. I didn’t even know what you’re supposed to do in auditions.)

(At that time, I was already doing Dubsmash. So that’s what I did, I was making faces. I tried to make it fun… I don’t have time to be choosy. I have to at least do something.)

Just two weeks after she started in Eat Bulaga, on July 16, 2015, Yaya Dub was caught breaking into an unscripted giddy smile as she saw Alden Richard’s face flashed on the split screen during the “Juan For All, All For Juan” segment. 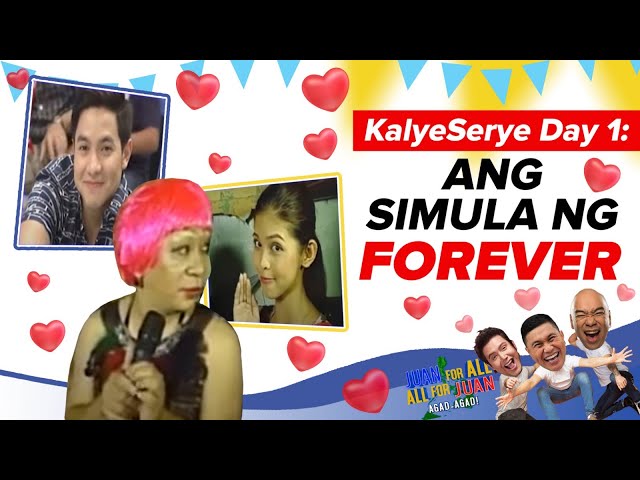 Hosts Allan K, Joey de Leon, Jose Manalo and Wally were quick to notice and started teasing Yaya Dub with Alden. At that time, no one expected that the genuine but brief interaction would spiral into a phenomenon.

For the skits, Yaya Dub and Alden would use lines from songs and movies to express their feelings for each other. Lola Nidora was against the pairing, saying that she would reveal a secret about Alden in due time.

Fans from all over the world religiously followed the story of the on-screen couple and expressed their support for the #AlDub pairing. For months, #AlDub-related hashtags constantly topped Twitter trends.

On October 24, 2015, Yaya Dub and Alden met for the first time in person after three months of communicating via split screen and successfully overcoming Lola Nidora’s outrageous efforts to prevent their meeting.

From then, AlDub continued with their “Kalye Serye” romance. Outside Eat Bulaga, Maine and Alden were also paired together in other projects. In December 2015, they joined the cast of Metro Manila Film Festival (MMFF) entry My Bebe Love, starring Vic Sotto and Ai-Ai delas Alas.

In April 2016, it was announced that Maine and Alden would headline their first solo movie Imagine You & Me.

(When AlDub started, so many things have happened in our lives, especially in mine… It’s my first time to do all these things… It’s a dream come true for me.)

When she celebrated her first year in showbiz in July 2016, Maine penned a heartfelt message for leading man Alden.

“What happened on the 16th day of July 2015 will live on in people’s hearts until the end of time. We might not know what the future holds but you should know that no matter what happens, you already have this special place in my heart. And I want you to know that even if we end up being together or not, that spot is yours–forever,” she said.

Following the whirlwind of activities that catapulted her to fame, Maine took to Instagram to look back on her showbiz journey. In October 2016, she opened up about how proud she is of herself.

“I grew up believing I am not good enough for anything. People may think ‘Wala pa namang nararating/napapatunayan yang Yaya nyo‘ (She has not proven anything, your Yaya character). True enough, I guess.

“And I am proud to say that [finally] —because of Eat Bulaga— I am having the courage to step out of my comfort zone. I have waited so long for the moment where I’d be able to say ‘I am proud of myself.’ Kung wala pa man akong napapatunayan sa inyo, sa’kin marami-rami na.. at yun lang, sapat na. Sapat na din para masabi kong proud ako sa sarili ko. (If I’ve not proven anything to all of you, for me, I’ve proven so much, and that’s enough,” she said.

In December 2016, the “Kalye Serye” segment in Eat Bulaga ended after 400 episodes.

In February 2017, Maine headlined her first Kapuso primetime series, Destined To Be Yours, with Alden.

(It was a bit awkward, because it’s my first soap. But at the same time, it’s also fulfilling. That wow, this is it. What Alden and I worked hard on is now airing – one thing that I thought I couldn’t do. One thing I was afraid of, but is here in front of me.)

Maine ventures away from the AlDub loveteam

“Kalye Serye” might have ended but the fans’ interest for AlDub hasn’t. By this time, supporters are eager to know the real score between Alden and Maine.

In separate interviews, both have been vocal on how they genuinely support and care for each other but neither confirmed the status of their relationship.

In November 2017, Maine penned an open letter to say that she and love team partner Alden are just friends, and ask fans for “freedom.”

“Alden and I were given so much more than we could ask for…and for all the love and efforts you have given us, you deserve to know the truth that at this very moment Alden and I are just friends. We are a love team,” she said.

She added, “But I need to be honest, I am at this point where I feel like I live in a box. I have not been able to do what I want and say what I feel because every time I try to express my thoughts and feelings, some of you tend to misapprehend and invalidate them in so many ways.”

“I do hope I have also given you enough joy for you to give me the freedom I believe I deserve. Freedom to feel what I want to feel, be what I want to be, and do what I want to do,” Maine wrote. “Alden deserves the same, too.”

After that, Maine and Alden started working separately but both have promised that they remain to be good friends.

Maine authored the book Yup, I’m That Girl where she gives fans a peek into her personal life, including her family, the AlDub phenomenon, getting discovered by Eat Bulaga, and her favorite things. The book was released in October 2017.

Maine joined the sitcom Daddy’s Gurl with Vic Sotto in October 2018. In December 2018, she co-headlined the MMFF entry Jack Em Popoy: The Puliscredibles together with Vic and Coco Martin.

In October 2019, Maine’s movie Isa Pa With Feelings with Carlo Aquino was released. The actress revealed that it has always been a dream of hers to work with Carlo.

Aside from movies and television series, Maine has also recorded digital singles – “Parang Kailan Lang,” a collaboration with Gracenote, in March 2020 and “Lost With You,” which was released in March 2021.

Maine gets candid about her showbiz career

After months of speculation, actor Arjo Atayde confirmed in January 2019 that he and Maine are “exclusively dating.”

In March 2019, Maine penned another open letter to confirm her relationship with Arjo, and asked fans to stop sending him and his family hate messages online.

“Again, without waiting any longer, here’s the statement and confirmation you have been waiting for: It’s true, I am dating Arjo.” She added, “I am sorry if I am hurting you with my truth. I am sorry if the truth is too much to bear.”

Maine hoped that her fans would understand her happiness, “I know how you feel, believe me. I know you invested so much time, effort, and money on us just to show how much you love us and we really do try our best to make you feel that everything you did/do for us is much appreciated and treasured – that we love you dearly and all of you are special to our hearts, too.”

In December 2020, the couple celebrated their second anniversary.

In an exclusive interview with OneNews.PH, Maine shared how grateful she was for this new experience in her career.

(These opportunities being offered to me are important because not everyone is given the chance to be where I am right now… I really appreciate everything that I have right now. It’s important to be grateful with what you’re given, the love and adulation of the people who support you.)

Maine also opened up to PhilStar about how she thought she wouldn’t last long in the showbiz industry.

“I’ll be honest, parang na-feel ko naman na fleeting ‘yung adulation ng mga tao sa akin at that time. But I had no problem with that because sobrang ini-enjoy ko lang ‘yung chance na binigay sa akin.. For as long as na-experience ko lahat, I had a really good time and I made relationships and friendships with other people, that’s more than enough for me,” she said.

(I’ll be honest, I was aware that their adulation for me is only fleeting. And I had no problem with that because I enjoy every chance that I was given. As long as I got to experience everything, and I had a really good time, and I made relationships and friendships with other people, that’s more than enough for me.)

After six years in the industry, Maine is realistic in terms of setting goals for her career. “I know this is not forever. Kung hanggang saan lang ang ibigay sa akin dito sa showbiz, okay lang din sa akin (I’m okay with anything that the showbiz industry has given me).”

“Whatever is given to me, I accept it. If there’s a good opportunity, I will accept it. If it’s for my growth as a person, as a performer, as an artist and as a host, I grab it. That’s always been my goal in this life – to grow and experience more different things.” – Rappler.com