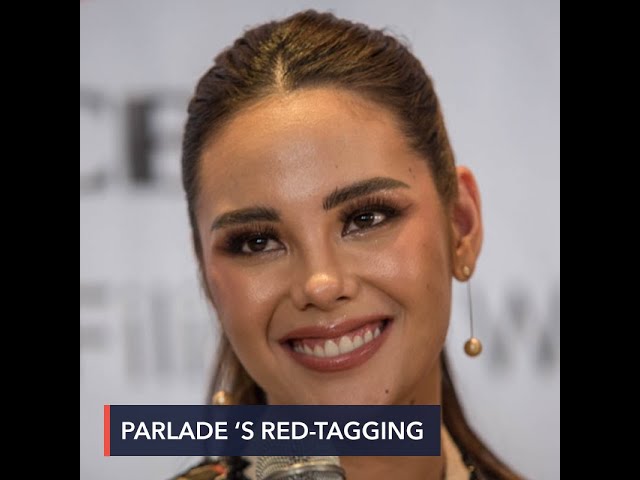 The camp of Miss Universe 2018 Catriona Gray on Friday, October 23, denounced a military general for “dragging” her name into a post that red-tagged other celebrities.

In a statement, Catriona’s lawyer Joji Alonso said the beauty queen “will not waiver in continuously championing social causes that uplift women’s lives.”

“Dragging Catriona’s name when all she has endeavored to do is advocate for women’s rights is completely uncalled for,” she said in the statement, which was posted on her personal Instagram account.

“And while there may be people who will try, she remains steadfast in her stance that no one should be silenced in sharing their personal stories to give strength and support to fellow women who have gone through similar experiences,” added Catriona’s lawyer.

“Catriona expresses her gratitude to all those who share the same stand on gender equality and who aim to protect those who are brave enough to speak out on their platforms,” she concluded.

Catriona is an advocate of organizations and groups that support underprivileged youth and LGBTQ+ rights. She is also an ambassador of a government agency for the arts – the National Commission for Culture and the Arts – and of the Philippine Red Cross.

The general, who is the commander of the Philippine military’s Southern Luzon Command, said that if Soberano continued to support Gabriela, she would die like activist Josephine “Jo” Lapira, who was killed in a clash against government troops in November 2017.

Parlade added: “The choice is yours, Liza. And so with you, Catriona. Don’t follow the path Ka Ella Colmenares (Locsin) took in the underground and NPA Quezon. I am sure Angel Locsin and Neri Colmenares will not tell you this.”

Parlade did not expound on why he mentioned Catriona in his statement.

Locsin is not a member of the New People’s Army (NPA) or any terrorist group and neither is her sister Ella, nor her nephew, human rights lawyer and advocate Neri Colmenares.

Parlade is among the most vocal in the military against rights groups and Leftist groups, often issuing statements without basis on social media. (READ: On social media, PH military declares war vs rights defenders) – Rappler.com