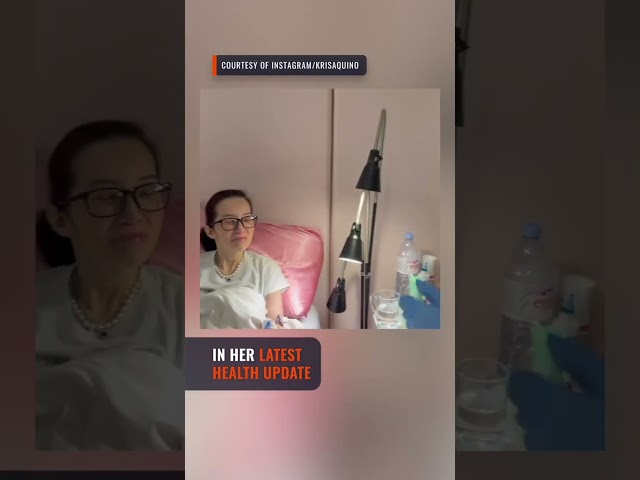 MANILA, Philippines – It appears to her fans that Kris Aquino is doing a bit better, health-wise.

In an Instagram post on January 3, Batangas Vice Governor Mark Leviste shared a series of photos with Kris, who spent New Year’s Day with him in California, USA.

“Spending the first day of the year with the Queen,” Mark said, as many commenters excitedly noted that Kris looks healthier, and seems to be recovering well.

Kris flew to the US in June 2022 and has been based there since as she seeks treatment for various conditions.

She was initially diagnosed with the ultra-rare disease Eosinophilic Granulomatosis with Polyangiitis (EGPA), but later underwent more extensive testing after she had adverse reactions to treatments.

In her latest health update posted on Instagram on December 24, she confirmed that she had been diagnosed with four autoimmune diseases, two of which are life-threatening, and “a highly likely fifth” disease.

Kris added that she and her sons had filed the necessary paperwork to extend their stay in the US, where she is set to receive her first cycle of immunotherapy treatment. The cycle, she said, will take around 10 months.

“We may be an ocean apart, BUT it matters so much to know that many of you who don’t even know me or my sons personally, care enough to remember us and want me to win this seemingly endless battle with my autoimmune conditions,” she said. – Rappler.com