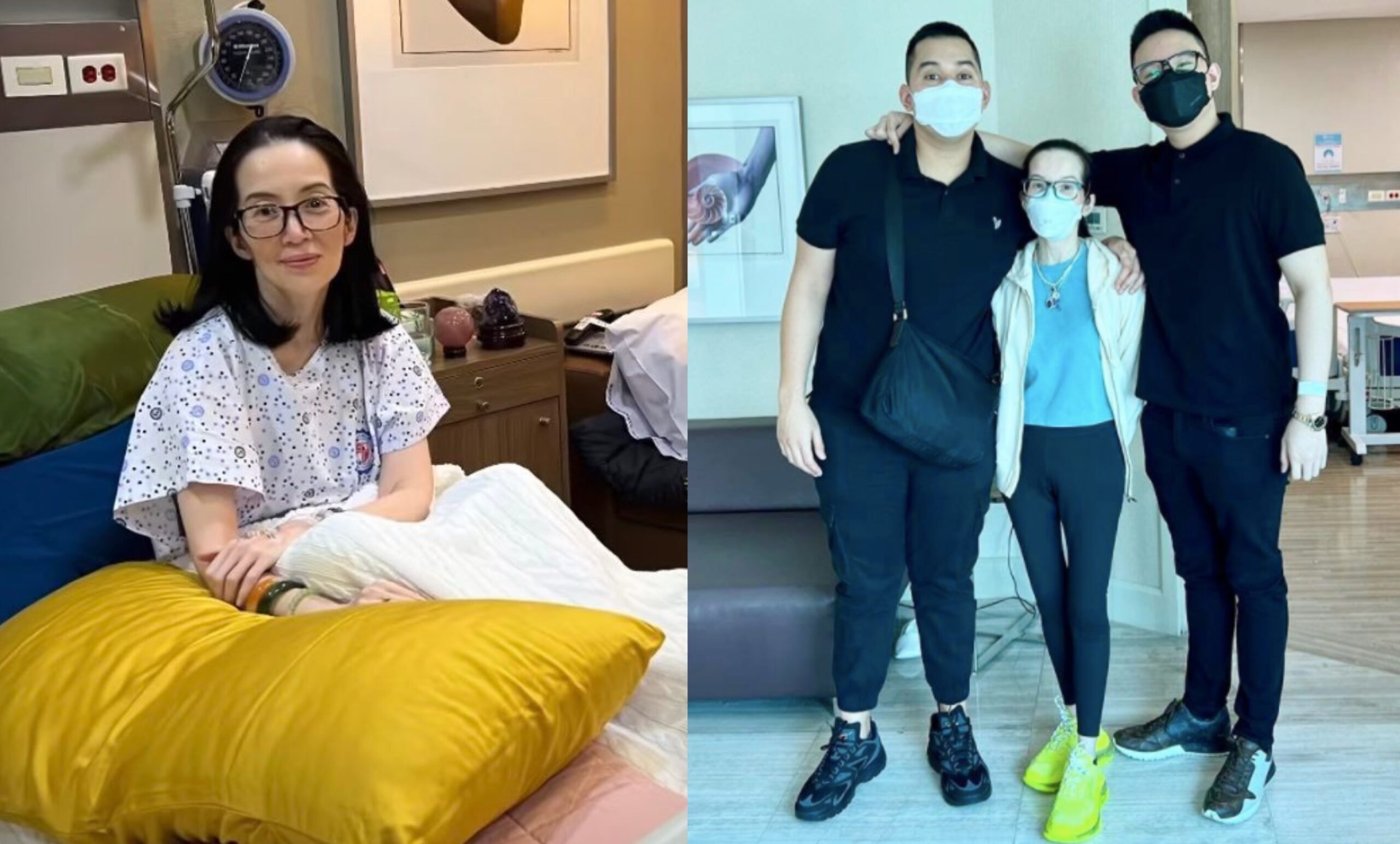 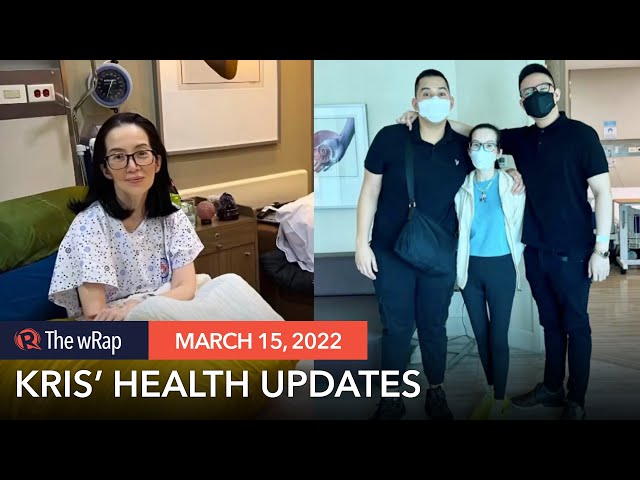 MANILA, Philippines – Kris Aquino announced on Monday, March 14 that she and her sons Josh and Bimby have returned to their home after staying at the hospital for a series of preliminary tests.

“Nakauwi na kami (We’re home). This was our last [picture] before heading to our temporary, leased home. Maghihintay na lang (We’re just waiting) for my bone marrow test results. Super blessed to have the love and concern from these two giants,” she wrote.

In a separate Instagram video, Kris detailed her hospital stay – she was admitted on March 10, and underwent a PET/CT scan, upper endoscopy, and bone marrow aspiration for biopsy procedures on March 11.

Kris added that no cancer or tumors have been detected, but that she has been diagnosed with erosive gastritis and gastric ulcer.

According to the MSD Manual website, erosive gastritis is a “gastric mucosal erosion caused by damage to mucosal defenses. It is typically acute, manifesting with bleeding, but may be subacute or chronic with few or no symptoms.”

Meanwhile, MAYO clinic defined gastric ulcer as an open sore that is developed on the inside lining of one’s stomach.

Kris also shared that there are still no results from the biopsy, but that the test is meant “to rule out a blood-related disorder associated with [her] weight loss and [her] being anemic.”

“I won’t lie to you, there’s this parang nabugbog nang bongga (very beaten up) feeling in my lower spine but apart from my medicinal limitations, halos wala na kasi akong (I almost don’t have) fat to help ‘cushion’ my bones. Kaya exag ang sakit, skin then diretso sa buto (That’s why it’s really painful, it goes straight from skin to my bones),” she shared.

Despite what she’s going through, Kris said that she constantly reminds herself that her current pain is temporary and that she’ll continue praying instead. She was also advised by her doctors and caretakers to “eat more, relax, breathe fresh air, and attempt to start recreational walking.”

“Since we are traveling to consult with more allergy, immunology, and hematology experts – they said to please make it a true health and wellness trip. Iregalo ko raw sa sarili at sa mga anak ko (I should gift it to myself and to my sons.)”

She ended her update by thanking her supporters for the concerns and prayers for her well-being. Several celebrities have also sent in their well-wishes for Kris’ speedy recovery in the comments section.

“I continue praying for the Faith to continue Hoping that I’ll get healthy enough for those who still need and love me,” she wrote.

Kris, 51, has been undergoing a series of medical tests and treatments since she revealed in 2018 that she was diagnosed with chronic spontaneous urticaria, an autoimmune disease that causes hives, and in serious cases, can lead to anaphylaxis or a severe allergic reaction, which required her to have continuous high dosage antihistamines.

In late February 2022, she revealed that she was cleared of kidney and liver disease, and that she would seek medication abroad. – Rappler.com