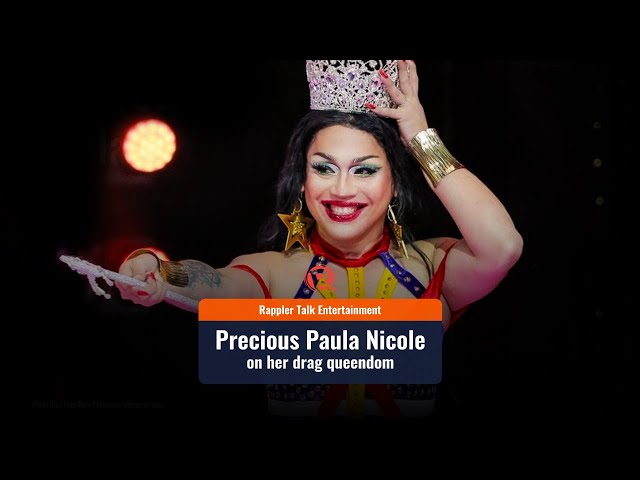 Born Rodolfo Gabriel II, Precious started performing first as a dancer before stumbling upon the art of drag. Before joining Drag Race Philippines, she had already been a drag queen for 12 years, and was a regular at drag club O Bar.

Throughout the competition, she experienced both highs and lows, but ultimately won over the viewers’ hearts with her sweetness and humor.

In this Rappler Talk Entertainment episode, Precious talks about how she became a drag queen, her experience on the show, and what she plans to do now that she wears the crown.

Catch the conversation on Thursday, October 20, at 6 pm. Bookmark this page or head over to fb.com/rapplerdotcom. – Rappler.com