MANILA, Philippines – After Thai actress Tangmo was found dead in Bangkok’s Chao Phraya River on Saturday, February 26 after allegedly falling off a speed boat, five of her companions are now facing charges for negligence leading to death and providing “false witness statements” to the Muang Nonthaburi police station on Friday, February 25. 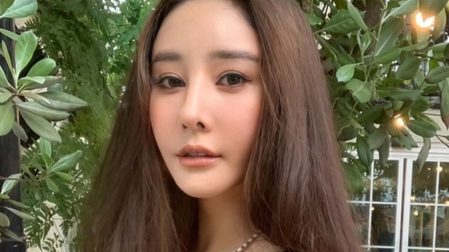 Tangmo, whose real name is Nida Patcharaveerapong, was with five people on a speedboat on its way from Krung Thon Bridge to the Rama VII Bridge in Nonthaburi on Thursday, February 24. She was with her personal manager , Idsarin “Gatick” Juthasuksawat; the speedboat owner, Tanupat “Por” Lerttaweewit; Wisapat “Sand” Manomairat; CEO of Orisma Technology Phaiboon “Robert” Trikanjananun; and Nitas “Job” Kiratisoothisathorn.

Speedboat owner Tanupat and driver Phaiboon have already been issued arrest warrants by the Nonthaburi provincial court on charges of negligence leading to death and illegally operating an unlicensed vessel. The rest will still be questioned further, but have already been summoned by investigators.

According to new evidence provided by the Technology Crime Suppression Division (TCSD), it was traced from Tanupat’s phone that he admitted to others that Phaiboon was at the helm of the speedboat when Tangmo fell off. With no license to operate the speedboat, Phaiboon “lost control” of the vessel and caused Tangmo – who was allegedly sitting at the back of the boat to urinate – to suddenly grab Wisapat as she was about to fall into the river, according to the police source.

Wisapat claimed that she shook Tangmo off her leg in fear that she would also fall in, which resulted in Tangmo falling overboard and injuring her right thigh on the boat’s propeller blade, causing the deep gash found on her body. Their claims didn’t match Nitas’ statement, who was the only witness to say that the boat suddenly jerked, which caused Tangmo to accidentally fall off. However, the companions claimed that they didn’t hear a sound when Tangmo fell into the river.

The Provincial Police Region 1 said that they will simulate a reenactment, using the same boat in the same manner, speed, and course it was operated with that night, according to the GPS record they obtained from the boat.

Investigators will interview more witnesses and collect more DNA samples from objects on the boat. Wisapat will also be physically examined by the forensic team after her claim that Tangmo held on to her before her death. All of their phones have also been submitted to the TCSD for further investigation.

Provincial police confirmed that Tangmo, 37, died by drowning. The autopsy also stated that Tangmo had sand in her lungs, which indicates that she was still breathing when she fell into the river. – Rappler.com