TOM RODRIGUEZ. The actor speaks up on his split from Carla Abellana.

Facebook Twitter Copy URL
Copied
‘So many lies have been said of me,’ he says in a statement

MANILA, Philippines – Tom Rodriguez has divorced from Carla Abellana, and is now in the United States with his family, according to a statement released on Friday, June 17.

In the statement posted by his talent manager Popoy Caritativo on Instagram, Tom said that “the divorce decree is final,” indicating that their marriage has been terminated.

Tom, who is an American citizen, was able to obtain the divorce decree presumably in the United States, where he is currently staying. However, the ex-couple need to file for recognition of foreign divorce in a Philippine court for the dissolution of their marriage to take effect in the Philippines.

In his statement, Tom said that he left for the US on March 13 “with the realization that despite all my efforts, Carla had already given up on our marriage.”

“A lot has been said against me but in the end, Carla and I are the only two people who know the truth,” he said.

He also defended himself against the so-called lies that have been said about him, without specifying what these were.

“I will no longer dwell on the reasons why our marriage fell apart. So many lies have been said of me which are completely untrue and utterly unfair,” he said.

He admitted to falling short as a partner, disclosing that at one point he was scammed and lost all his money. However he stressed: “at no time did I ever lay a hand on Carla.”

He ended his statement by saying that now that their divorce is final, “I truly wish Carla’s birthday wish be granted and that she finds the happiness she is searching for.” 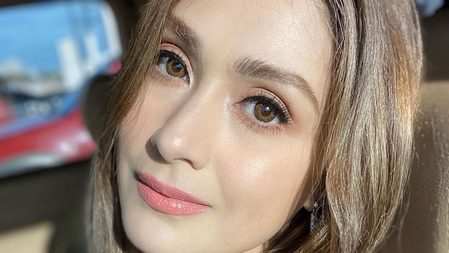 Tom’s statement comes days after Carla opened up about their marriage in a comment on one of her YouTube videos. Without going into detail, the actress said that she had been betrayed and lied to in her marriage.

Tom and Carla were married in October 2021 after being together since 2014. Just months after they tied the knot, break up rumors circulated after fans noticed that they briefly unfollowed each other on Instagram. – Rappler.com