Will Smith refused to leave Oscars, academy says as it weighs discipline 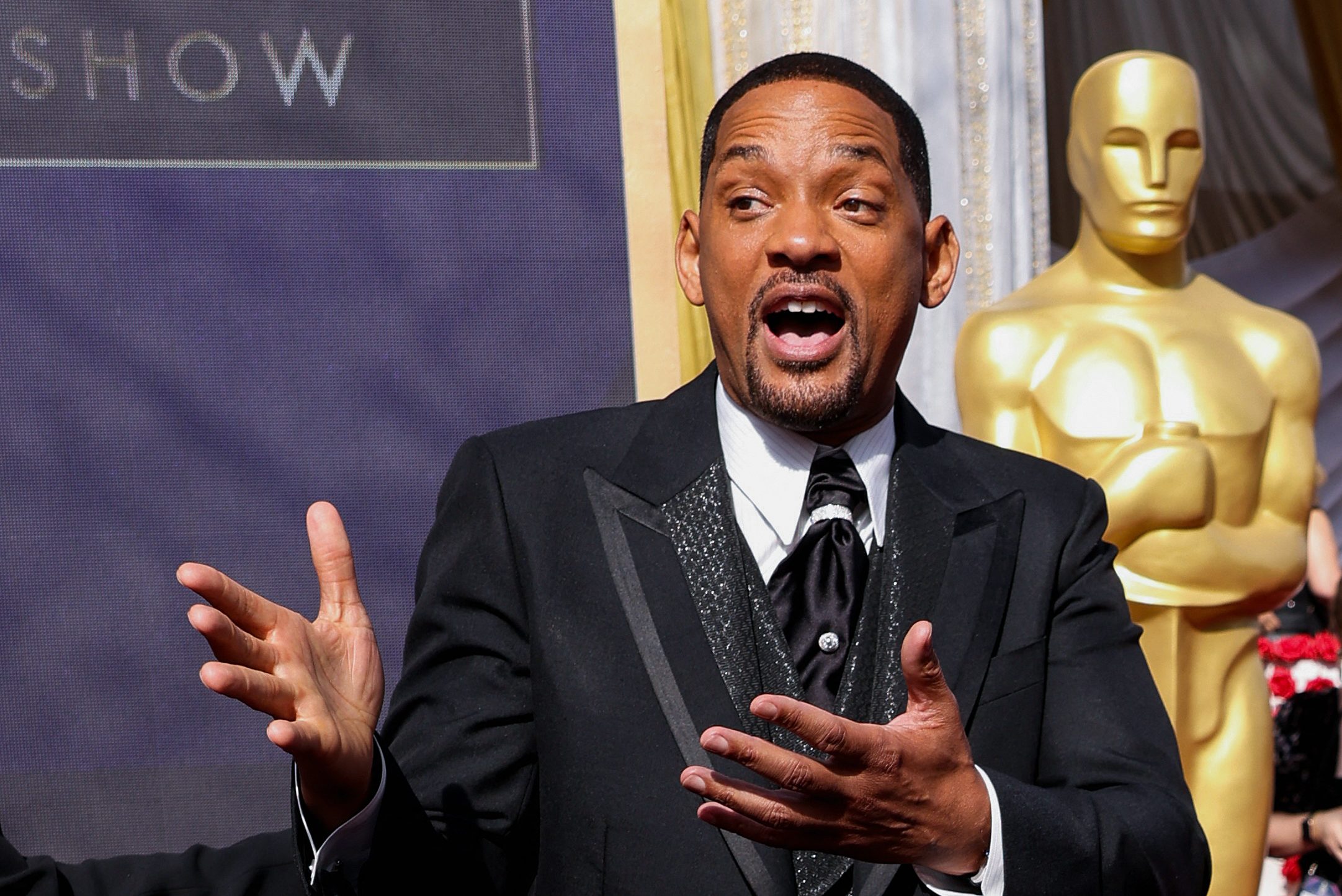 Will Smith reacts on the red carpet during the Oscars arrivals at the 94th Academy Awards in Hollywood, Los Angeles, California, U.S., March 27, 2022.

LOS ANGELES, USA – Will Smith refused a request to leave the Oscars ceremony after he slapped presenter Chris Rock, Hollywood’s film academy said on Wednesday, March 30, as it started a process that could lead to the best actor winner’s expulsion from the group.

During the live telecast, Smith strode up to the stage after Rock made a joke about the appearance of Smith’s wife, then smacked the comedian’s face. The actor returned to his seat and twice yelled an obscenity at Rock.

Less than an hour later, Smith accepted the best actor trophy, prompting questions about why he had not been escorted out.

“Things unfolded in a way we could not have anticipated,” said the Academy of Motion Picture Arts and Sciences, which hands out the Oscars, in a statement.

“While we would like to clarify that Mr. Smith was asked to leave the ceremony and refused, we also recognize we could have handled the situation differently.”

The academy said it started a process that could lead to discipline against Smith for violations of its standards of conduct, “including inappropriate physical contact, abusive or threatening behavior, and compromising the integrity of the Academy.” Suspension, expulsion, or other sanctions may be approved at its next board meeting on April 18.

Smith apologized to Rock, the academy and viewers in a statement on Monday, saying he was “out of line” and “reacted emotionally.”

Rock had referred to the 1997 film G.I. Jane in which actress Demi Moore shaved her head. It was unclear whether Rock was aware that Pinkett Smith has a condition that causes hair loss.

At a stand-up show in Boston on Wednesday evening, Rock made his first public comments about the matter, saying he was still “processing” what happened and would talk about it later.

“It’ll be serious. It’ll be funny, but right now I’m going to tell some jokes,” he told a sold-out crowd.

Under the academy’s rules, Smith has the chance to provide a written response before the group takes action. Smith’s representatives did not respond to a request for comment on Wednesday.

The academy in its statement apologized to Rock and thanked him for “resilience in that moment.”

After the incident, the comedian quickly regained his composure and announced the winner of best documentary, Questlove’s Summer of Soul.

Oscars co-hosts Amy Schumer and Wanda Sykes said they were sickened by the turn of events at the film industry’s highest honors.

“Still triggered and traumatized,” Schumer said in a post on Instagram on Wednesday. “I love my friend @chrisrock and believe he handled it like a pro. Stayed up there and gave an Oscar to his friend @questlove and the whole thing was so disturbing.”

“So much pain in @willsmith anyway I’m still in shock and stunned and sad,” she added. “Waiting for this sickening feeling to go away from what we all witnessed.”

Sykes also said the incident was “sickening” and that she felt physically ill at the time. “I’m still a little traumatized,” she said in clips released on Wednesday from an interview on the Ellen DeGeneres talk show.

Sykes said she felt Smith should have been removed from the event and not permitted to accept his award for playing the father of tennis stars Venus and Serena Williams in King Richard.

“For them to let him stay in that room and enjoy the rest of the show and accept his award, I was like how gross is this? This is just the wrong message,” she said.

The clash with Rock overshadowed the night’s awards, in which heartwarming movie CODA won best picture. Schumer and Sykes co-hosted the ceremony with Regina Hall. – Rappler.com