CLOSURE. Yeng Constantino and Ryan Bang recall their past romance in an episode of 'It's Showtime.'

MANILA, Philippines – Yeng Constantino and Ryan Bang belatedly found closure from their past romantic ties, after both revealed that they could’ve been in a relationship a decade ago if only they understood each other better at that time.

The topic of their romantic history resurfaced on Friday, January 28, when a contestant from It’s Showtime’s “Tawag ng Tanghalan” segment opened up about her hesitations of entering a relationship for fear of getting hurt.

(Sometimes, even if they did not become your boyfriend/girlfriend, as long as they just showed their feelings for you and then left suddenly, it really hurts. Right, Ryan?)

Yeng’s teasing remark then prompted the other It’s Showtime co-hosts to ask about what happened between the two.

Ryan revealed that Yeng was his first crush and that he courted the singer way back in 2010. He recalled that he kept sending her coffee and accompanying her to the church while he was still courting her, but that he suddenly stopped contacting her because he thought she did not like him.

“Noong panahon na ‘yun, gumigimik kami kasama sila James Reid,” he said. “Inaaya ko siya ilang beses…. Tuwing inaaya ko siya tuwing gabi, hindi siya lumalabas kaya akala ko ayaw niya sa akin.” (At the time, I was partying with James Reid’s group. I asked her out several times.… But whenever I asked her out at night, she did not come, so I thought she did not like me.)

Yeng then clarified that she did not reject Ryan, adding that she actually got sad when the host stopped pursuing her. “Hindi kita binasted. Tumigil na lang siya magpadala ng kape. (I did not reject you. He just stopped sending me coffee),” she said.

When asked by Vice Ganda if Ryan could’ve been Yeng’s boyfriend back then, she answered, “Siyempre ngayon, iba na, may asawa na ako. Pero noong time na ‘yun, kilig na kilig talaga ako sa kaniya.(Of course now, it’s different, I’m married now. But back then, I was so giddy around him.)”

On Saturday, January 29, Ryan and Yeng continued to talk about their past romance, sharing how surprised they were about each other’s revelations.

(I kept on thinking about the what ifs. For the past 12 years, I thought I had no chance with you, I thought you didn’t like me. I got scared. I wasn’t able to prove my feelings for you because I was scared.) 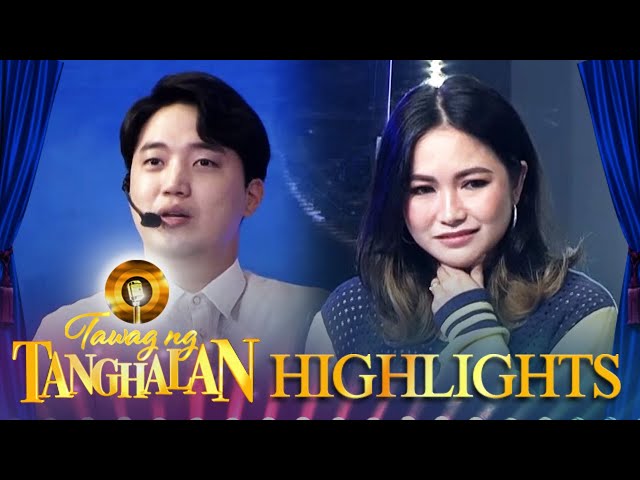 Meanwhile, Yeng said that she made up reasons as to why Ryan ghosted her back then. “Noong time na ‘yon, akala ko naartehan na si Ryan sa akin…. Siguro napagod na si Ryan sa kakaantay,” she said. (At that time, I thought he found me a little too much already… I thought he got tired of waiting.)

The singer then continued that despite the circumstances, she was still thankful that Ryan was able to make her feel how special she was to him. “Salamat kasi sa short period of time na ipinaramdam mo sa akin na special ako at importante ako. Noong time na ‘yun, sobrang nag-matter ‘yun sa akin. What I want us to take from this experience is ‘yung saya na nadulot natin sa isa’t-isa nung time na ‘yun,” Yeng said.

(Thank you, because even for a short period of time, you made me feel special and important. At that time, it meant a lot to me. What I want us to take from this experience is the happiness that we gave each other during that time.)