Facebook Twitter Copy URL
Copied
''Etiquette for Mistresses' is a breath of fresh air amidst the countless films about infidelity that offer nothing more than outrageous confrontations as cheap entertainment,' writes movie reviewer Oggs Cruz

Chito Roño’s Etiquette for Mistresses, inspired by a book by Julie Yap Daza, opens with a streaming video of a violent confrontation between a wife and a mistress.

Georgia (Kris Aquino), Chloe (Claudine Barretto), Stella (Iza Calzado) and Charley (Cheena Crab), who are shown all huddled together watching the unfortunate events that have gone viral unfold right in front of their eyes, are ironically also mistresses.

Georgia, Chloe, Stella and Charley are from different backgrounds but are bonded by their being subjects of other people’s indiscretions. Charley is the lucky charm of a wealthy tycoon, Stella, a trial lawyer, and Chloe, a creative director for an advertising agency.

Georgia, a successful restaurateur, has been asked by her lover to train a young lady in the ways of being a mistress. The new mistress is Ina (Kim Chiu), a lounge singer who has been uprooted from her native Cebu to become the kept lover of the husband of a presidentiable. 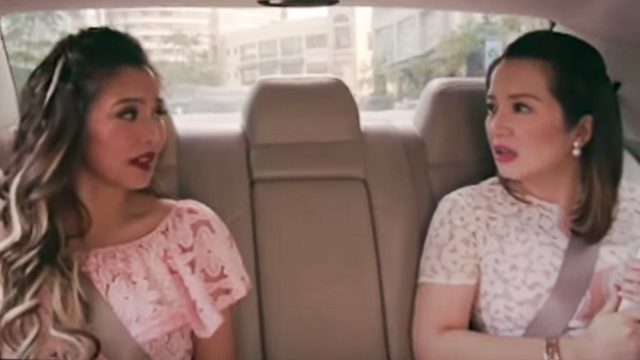 The sporadic plot of Etiquette for Mistresses is framed within the little lessons that Georgia teaches Ina. As Ina transforms from the weepy and love-blind waif into the Georgia’s pet student, Roño touches on the secret world that exists in the familiar Manila upper crust that the mistresses exist in.

It is this duality in both the characters’ lives and the world that they live in that makes the film very intriguing despite its overt indulgences. Roño acknowledges both the fantasies and realities of the subject matter that he desires to dissect and comes up with a balanced portrait of women of questionable virtues.

We are all addicted to scandals and prone to judge amidst the obviousness of our own faults. This addiction has made films like Ruel Bayani’s No Other Woman (2011), Olivia Lamasan’s The Mistress (2012) and Nuel Naval’s The Love Affair (2015), all of which center on extramarital affairs and their scandalous consequences, such popular hits. In the face of exaggerated melodramas of other people’s affairs, we come out with the false but favorable feeling that we are the cleanest of them all.

Thankfully, Roño’s film does not end with the gratuitous display of histrionics that offer a bland holier-than-thou vibe. True, it begins with characters displaying a more-than-amused attitude towards the repercussions of living a life defined by illicit affairs. The introduction however. also puts the spotlight not on the spectacular wrongdoings of the characters but on their humanity, which unfortunately has been drowned out by recent pop culture’s vapid lack of responsibility.

Despite their unpopular choice for love, these mistresses still breathe, ache, laugh, and sin like they rest of us. They are allowed to delight in other people’s misfortunes, even if it is too close to their situations. They are allowed to gossip, to parade extravagance, to get jealous, and also to love without limits. 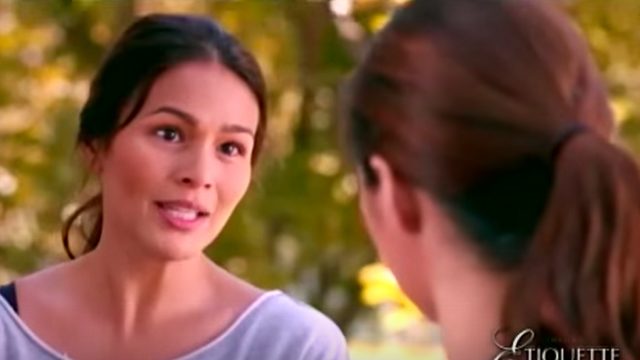 Etiquette for Mistresses is a breath of fresh air amidst the countless films about infidelity that offer nothing more than outrageous confrontations between wife, husband and lover as cheap entertainment.

By consciously keeping the other and more legal side of the fence close to invisible, Roño avoids complicating his film with cheap tactics. He concentrates on what happens in the shadows, what transpires in the affairs of those who wrong instead of those who were wronged, and in so doing, presents a perspective that is novel in the way that it skips traditional notions of right and wrong.

Note that the film does not condone infidelity. What it does is to simply present a fictional story that has not been clouded by ruthless morality. Roño uses humor, gloss and simplistic ideals of love and romance to distract from the moral ambiguity.

However, as the film moves forward, the characters become less attached to their label as mistresses and instead become defined by their professions and their loyalty to each other.

Unbelievable as it may seem, the film actually celebrates love by finding beauty in it even if it exists in the ugliest of scenarios. Betrayed by the ending

The greatest thrust of Etiquette for Mistresses is that all of its characters are never depicted as damsels in distress in need of rescuing by their male counterparts. Despite their condition of being insanely enamored by the opposite sex, the film still does away with the conventional mechanics of them being salvaged by their men.

They all end up their own heroines or heroines for each other, even under circumstances where they are typically depicted as an epitomes of female weakness.

Sadly, even veteran filmmaker Roño succumbs to the allure and temptations of a fairy tale ending.

Everything that makes Etiquette for Mistresses different from the rest of its ilk is abandoned by its concluding montage of what has happened to its 5 characters after the main events of the film.

In the quickest of turnarounds, the film transforms from refreshingly undaunted by traditional morality into something lamentably judgmental and backward, offering as its idea a happy ending for the mistresses the scenario of them abandoning their contentious lot for something that is more socially acceptable. – Rappler.com

More stories on Etiquette for Mistresses