The most unfortunate things about Soldado: The Soldier is that it will always be seen basking beside the astounding precision of Denis Villeneuve’s Sicario (2015), and be seen as the paltrier of the two film.

The sequel, directed by Stefano Sollima who helmed episodes of the television series Gomorrah, feels like a completely different animal, that to compare it with its lauded predecessor will be a disservice to its very many merits.

Like Sicario, Soldado opens with a sudden explosion in a place where explosions don’t normally belong, putting into motion a series of sordid events that paint an America where cynicism and amorality are the norm.

It opens with a border chase that ends with one of the border crossers detonating a bomb. In a Kansas City supermarket, another suicide bomber wreaks havoc, killing and injuring innocent civilians. The bombings force the government to hire Matt Graver (Josh Brolin) to find the connection between terrorism and illicit border trade, leading to the conclusion that the Mexican cartel, now intertwined with extremist agents, should be taken care of. Graver comes up with a plan to kidnap the daughter (Isabela Moner) of one of the cartel heads to start a war.

Soldado is clearly a vicious film.

It is unabashed about violence, as if it want its audience to be numb towards it in a fervent effort to evoke a land of lawlessness. Screenwriter Taylor Sheridan attempts to shape a modern-day Western out of a contemporary crisis. It sort of works despite all the collateral issues, such as the film’s crushing pessimism and masochistic sketch of the drug and border situation. A point to the viciousness

There is, however, a point to Sollima’s evident proclivity for corruption and chaos.

Soldado insists that even in such dark territories, there are windows of possible redemption and glimpses of human connection that make all the bleakness and brutality more than just shallow spectacle.

There is a curiously affecting side plot of Alejandro (Benicio del Toro), who we learn from Villeneuve’s film is relentlessly vengeful for having his daughter killed, forming a stirring bond with the daughter of the same man who was responsible for his pain. That storyline isn’t novel given that scarred men finding some semblance of salvation from newly formed relationships with innocent wards populate many other film, but within the world that Soldado has explicitly expanded to involve a more worldwide scope of the dehumanizing efforts of government to quash its threats, it becomes more than just a diversion from the prominent anguish. It becomes respite. 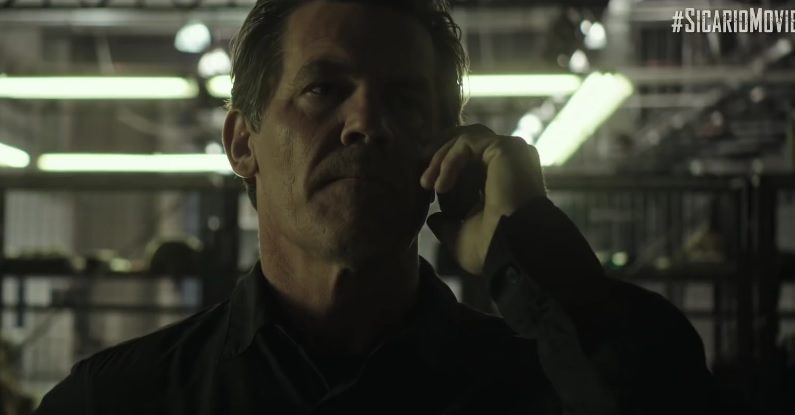 It is first and foremost a tightly fleshed out thriller. It is consistently gripping and adamantly maintains Sicario’s grim perspective of the world we live in. – Rappler.com