UP Film Institute to screen Lauren Greenfield’s ‘The Kingmaker’ 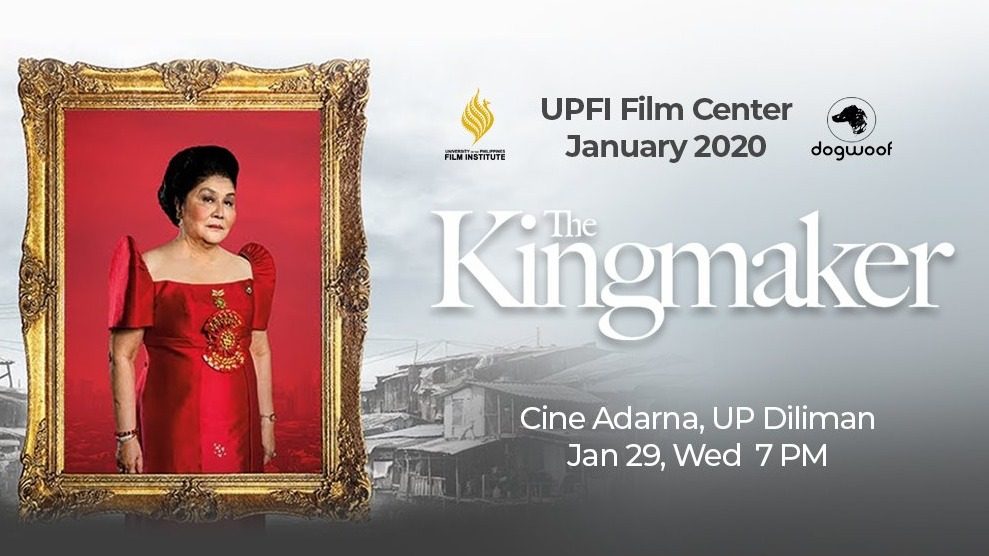 MANILA, Philippines – The Kingmaker, a documentary about Imelda Marcos, is premiering at the University of the Philippines (UP) Film Center’s Cine Adarna in Diliman on January 29.

The documentary, directed by award-winning filmmaker Lauren Greenfield, is centered on Imelda, the wife of late dictator Ferdinand Marcos whose regime was marred by human rights atrocities, the disappearance of political opponents, and corruption. (READ: The curse that is Imelda Marcos: A review of Lauren Greenfield’s ‘Kingmaker’ film)

The UP Film Institute (UPFI) is holding the screening of The Kingmaker to commemmorate the 50th anniversary of the First Quarter Storm, a series of protests against the Marcos regime that prompted the dictator to declare Martial Law in 1972.

The screening will begin at 7 pm, with a panel discussion following after the screening. Limited tickets are available. For more information, visit the event’s Facebook page. – Rappler.com