You can now watch ‘The Kingmaker’ in Tagalog 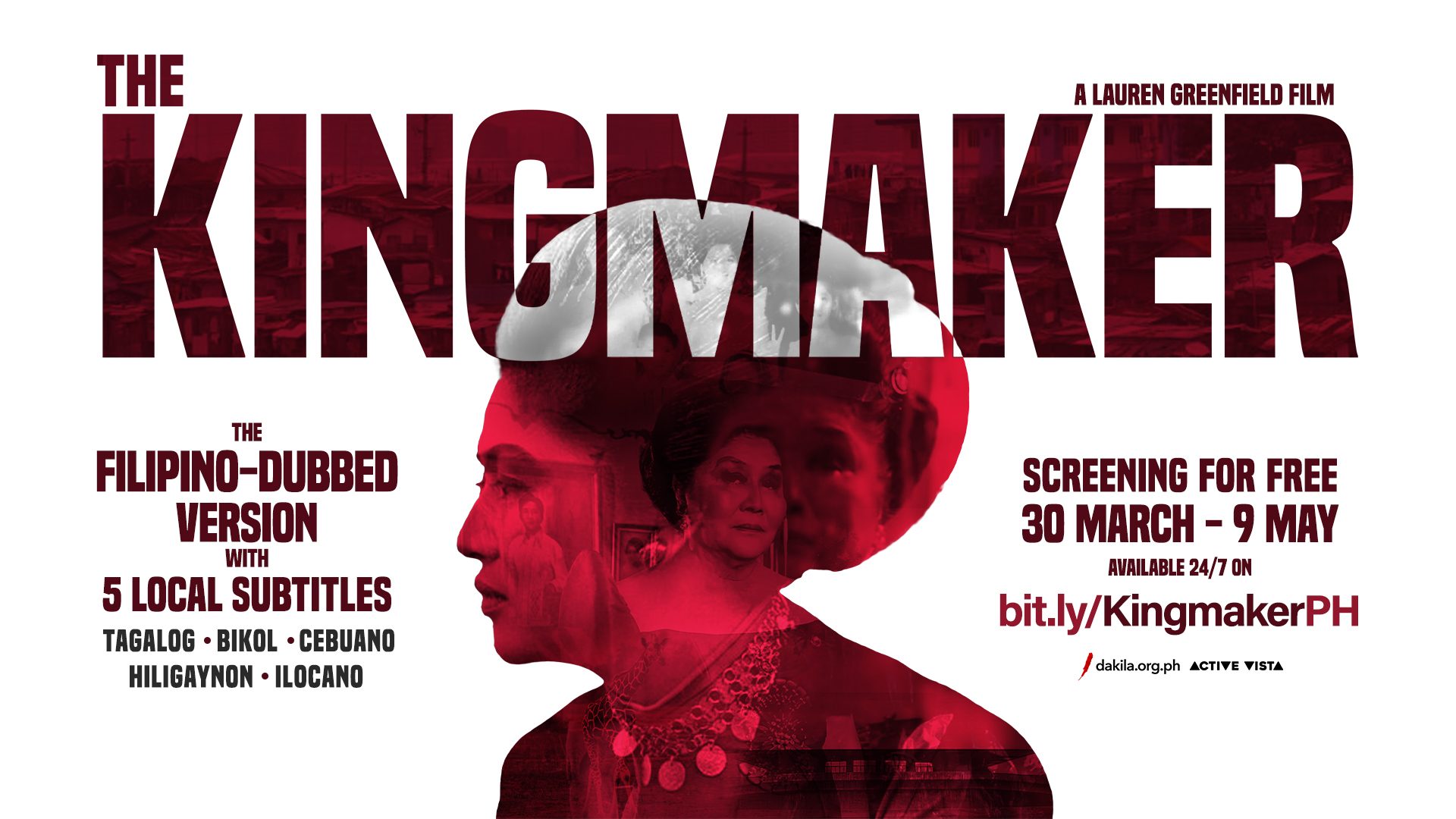 THE KINGMAKER. The film is available to stream in Tagalog.

MANILA, Philippines –  A Tagalog-dubbed version of Lauren Greenfield’s documentary The Kingmaker can now be streamed for free on YouTube and Vimeo until May 9.

The critically-acclaimed documentary tells of the injustices that happened under the dictatorship of Ferdinand Marcos, while placing focus on the lavish lifestyle and political ambitions of dictator’s wife Imelda Marcos.

The film was originally released in English. The Tagalog version was spearheaded by artist group DAKILA, in partnership with the film’s production company Evergreen Pictures.

According to DAKILA, the Tagalized film is the collaborative effort of various OFW groups who want to help battle disinformation about Martial Law.

“The project idea came out of the screenings with OFW groups who suggested that a Filipino dubbed version of the film will make it more accessible to more Filipinos,” said Leni Velasco, director of Active Vista, DAKILA’s learning center for social change.

Subtitles in other Filipino languages such as Cebuano, Hiligaynon, Bikol, and Ilocano will also be available for the film beginning April 1.

The English version has been available to stream for free since March on Vimeo. – Rappler.com