FICTION. People walk along the film poster of the controversial film "Maid in Malacañang," displayed outside a mall cinema in Cebu City. Jacqueline Hernandez/Rappler 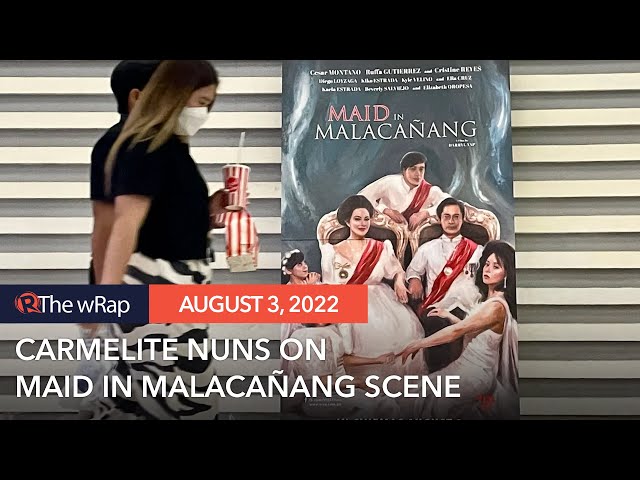 CEBU CITY, Philippines – The Carmelite nuns have responded to the depiction of them playing mahjong in the trailer of upcoming film Maid in Malacañang.

“The pictures depict the late Cory Aquino together with some religious sisters. The nuns are not wearing our brown religious habit. But if these pictures are portraying the events of February 1986, then the allusion to the Carmelite Order in Cebu is too obvious for anyone not to see,” Sister Mary Melanie Costillas, prioress of the Carmelite Monastery, said in a statement published on Tuesday, August 2. 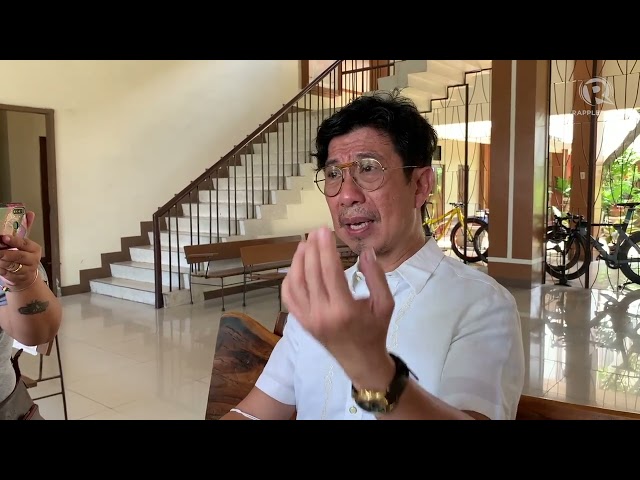 “The attempt to distort history is reprehensible,” Costillas said. “Depicting the nuns as playing mahjong with Cory Aquino is malicious. It would suggest that while the fate of the country was in peril, we could afford to play leisurely games,” she added.

The nun said that no one from the production consulted them on what actually happened on the eve of the EDSA Revolution, which led to the overthrow of the 20-year authoritarian regime of Ferdinand Marcos, the father of current President Ferdinand Marcos Jr.

“The truth was that we were then praying, fasting, and making other forms of sacrifices for peace in this country and for the people’s choice to prevail,” Costillas said in a statement.

“While in our prayer, we were constantly in fear that the military would come to know of the whereabouts of Ms. Cory Aquino and would soon be knocking at the monastery’s door. We knew the dangers of allowing Ms. Cory Aquino to hide in the monastery. But we also prayerfully discerned that the risk was worth it, as our contribution to put an end to a dictatorial regime. Indeed, we were ready to defend her at all costs” she added.

‘Are we safe here?’ The night Cory Aquino hid in Cebu 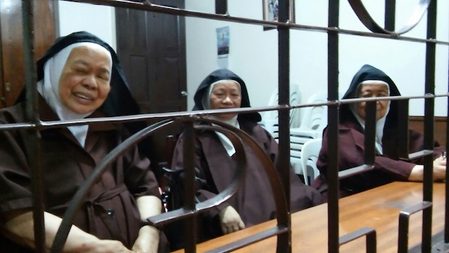 The head nun of the Carmelites Monastery said the film would “trivialize whatever contribution we had to restore democracy.”

The Carmelite Monastery was established in Mabolo, Cebu City, in 1949, where the cloistered nuns have become an important part of the Cebuano community.

People also took to social media to condemn the portrayal of Aquino and the Carmelite nuns in the film.

In an aim to fact-check the scene, users shared what the Carmelite nuns actually do at their convent, as well as the nuns’ experience hiding Aquino during the EDSA Revolution.

Describing the scene as a “distortion of history,” many users decried the effort to lie and deceive people through the film.

Some users also called the scene insulting and disrespectful to the Carmelite nuns and to the memory of the late former president, while some called it evil and immoral.

Meanwhile, some users called on the Movie and Television Review and Classification Board (MTRCB) to look into the film, citing the misuse of creative freedom by the filmmakers.

Monsignor Joseph Tan, who spoke to the media on behalf of the Carmelite Sisters, said that the strong reaction of the Cebuanos is due to the role they play in the lives of the locals.

“The Cebuanos have known the sisters for a long time,” Tan said.

Tan also clarified that playing mahjong in itself is not wrong, as long as there is no gambling involved. The trailer is not clear if the context of the mahjong game was for money.

“I would like to invite our Sisters to watch the film; if they are ostentatious [sic] about details, I don’t think there is a need for this ‘ouch’ and involvement,” Yap said.

Only certain Carmelites nuns can leave the cloister to do essential errands, so the sisters would likely not be able to leave the monastery to watch a film.

The controversial film will be released on Wednesday, August 3. – Rappler.com